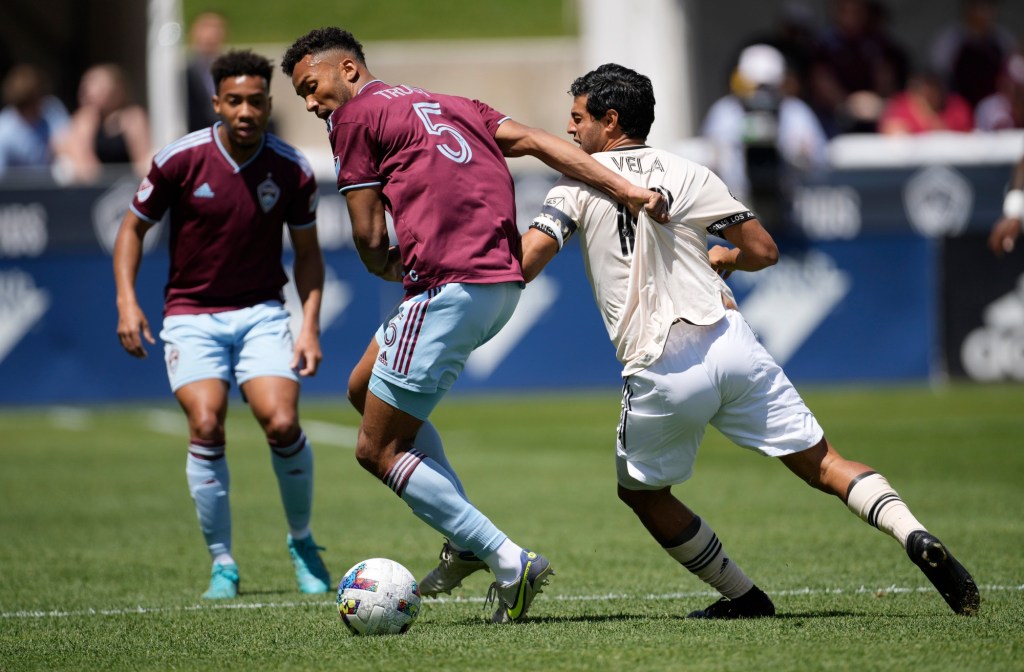 Gyasi Zardes and Diego Rubio scored first-half goals on penalty kicks and the Colorado Rapids extended their home unbeaten streak to 22 matches with a 2-0 victory over Western Conference-leading LAFC in MLS play on Saturday.

The game was far cry from the teams’ season opener, when Carlos Vela recorded a hat trick and LAFC cruised to a 3-0 victory Feb. 26 at Banc of California Stadium.

Zardes picked up his first goal for the Rapids since being acquired from the Columbus Crew four matches ago. The U.S. men’s national team forward beat LAFC goalkeeper John McCarthy for a 1-0 lead in the 17th minute. The penalty-kick opportunity came after LAFC’s Sebastian Ibeagha was whistled for kicking Rubio in the head on a clearance attempt inside the box.

Rubio’s penalty-kick score came in the 28th minute – on his second attempt. McCarthy guessed right and deflected Rubio’s first try, but McCarthy was ruled off his line after a video review and Rubio drilled his second kick into the top left corner for a 2-0 lead.

McCarthy finished with four saves for LAFC (7-2-2), which had a six-match unbeaten streak end. William Yarbrough had one save for the Rapids, who held the Black & Gold to six shots and just two shots on goals.

LAFC was blanked on the scoreboard for the first time all season as Colorado recorded its fourth shutout victory of the young MLS campaign.

LAFC came into the match 4-1-1 in Western Conference games and leading the conference with 23 goals.