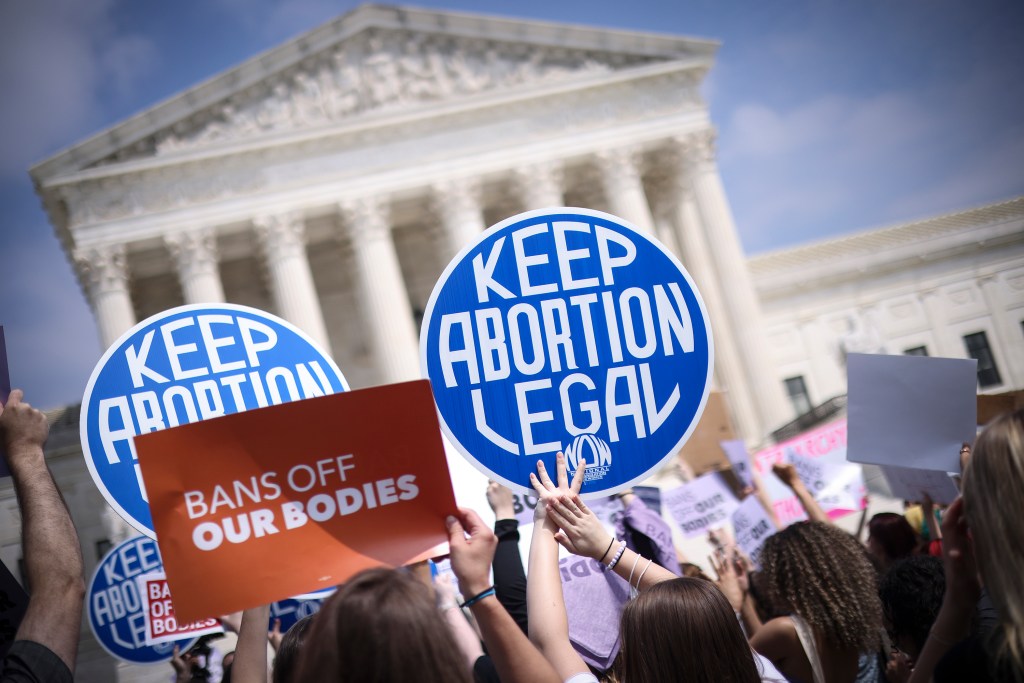 The now infamous Supreme Court draft opinion repealing Roe v. Wade is not just a shameful ransacking of a 50-year-old precedent, it is an epic assault on the fundamental right of women to participate as equals in American society.

For Roe is not just about the medical procedure of abortion and protecting women’s health and lives, it is also about women’s autonomy, dignity and status as citizens. A woman’s choice whether or not to bear a child lies at the very core of her being, and when politicians seize control of that choice, she is relegated to second-class citizenship and deemed incapable of making her own life decisions.

The opinion, authored by Justice Samuel Alito, railroads women back to the 1960s when we endured the powerlessness and humiliation of having male politicians determine our childbearing choices. I lived through those times and will fight like hell against those who would force my daughters and granddaughter to surrender their rights.

I feel as if I am coming full circle, back to when so many women’s lives hung by a thread and where my career as an activist began.

It was 1969. My husband had abruptly left my three young daughters and me, stranding us without financial support. Our family was in crisis, and when I found out a few weeks later that I was pregnant, I knew it was impossible to give a new baby what it deserved while also giving my daughters what they needed. So, I made the decision to have an abortion.

The stigma attached to abortion left me in a state of pervasive aloneness and in total silence with no one I could turn to in this moment of personal crisis. And because state law radically restricted access to the procedure, that decision had humiliating consequences.

One option was to have an illegal abortion which involved significant risks that could result in death or serious, long-term medical repercussions, which terrified me for fear of my daughters’ well-being. The only other option was to apply for a hospital procedure, which required written permission both from the man who had abandoned me and my daughters and approval from an all-male hospital board.

The board’s interrogation in a cold, brightly lit hospital conference room was the most humiliating experience of my life. I was asked whether I was capable of dressing my children in the mornings and even whether I had been satisfying my husband sexually.

That experience sparked a lifetime of activism that eventually took me to the front ranks of the pro-choice movement. Many Republicans were among them. But not anymore — because a party of moderation and individual liberty has today mutated into party of intolerance and cruelty intent on waging a war on myriad women’s rights and liberties achieved over the past 50 years. The fact that Republican-backed legislation now excludes exceptions for rape, incest and the life of the woman is evidence of the extremism and misogyny that embodies their contempt for women’s autonomy and freedom.

Today, I am once again unsure of the future women face as the value of our lives is degraded and threatened — and I am utterly and deeply determined that something about our country fundamentally change.

The coming months are crucial for resistance at many levels. We must seize every opportunity: from national political protest, to local community activism, to civil disobedience. For certain, electing and reelecting pro-choice legislators in the critical upcoming midterm elections must be a top priority. I made this fight my life’s work five decades ago, and by God, I will bring that fire to this fight once again. Join me in ensuring the hands of time are not turned back.

Kate Michelman is a former president of NARAL Pro-Choice America and the author of “With Liberty & Justice for All: A Life Spent Protecting the Right to Choose.” ©2022 Los Angeles Times. Distributed by Tribune Content Agency.