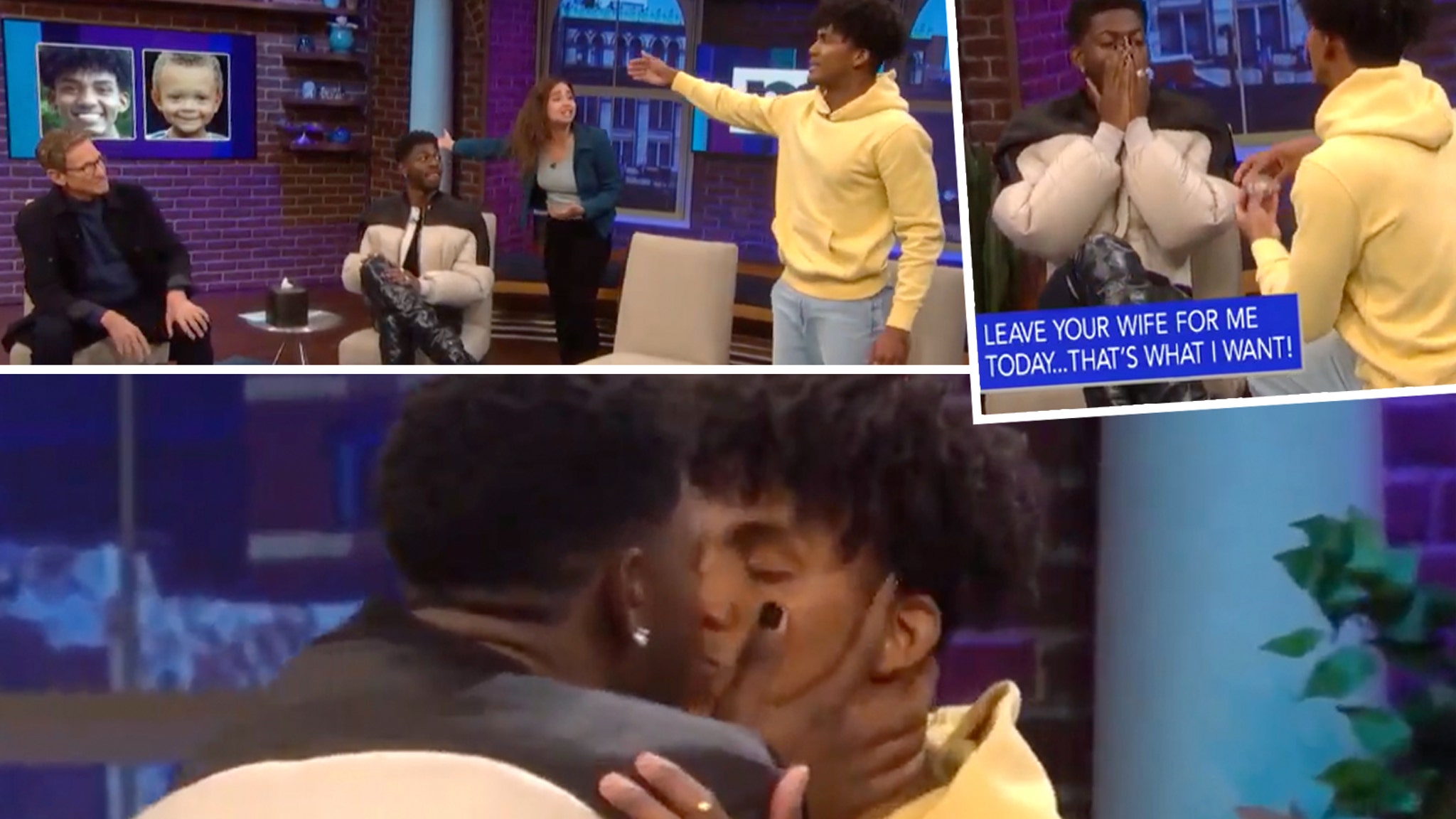 Montero confronts his boyfriend’s wife … but the segment ends in disaster.

Lil Nas X took over “Maury” on Wednesday for what host Maury Povich called “one of the most scandalous stories” he’s ever seen on the show.

The rapper brought his “That’s What I Want” music video to life in the segment — which ended with an on-air disclaimer clarifying it was for “entertainment purposes” only. Running a good 20-minutes, the extended bit starred Lil Nas X as Montero — his birth name and the title of his debut album — a football player who was shocked to learn his boyfriend and teammate had a wife and child at home.

But Montero claimed his man — played by real-life ex-boyfriend and music video costar Yai Ariza — was no longer in love with his wife and didn’t believe their son was actually his.

“We fell in love at football practice and we could not keep our hands off each other … I feel like a damn fool … he’s been lying to me … don’t get me started on that damn baby,” said Montero. “I want somebody who loves me. How can you love me and Ashley at the same time?”

“He told me he didn’t even want to be with her. He wants me. When we’re together, it’s always about us,” he added. “He doesn’t love her and he doesn’t think that’s his child. That baby knows nothing like him and it’s not his baby. Maury, look at this baby. This baby could be your baby!”

Yai’s wife Ashley then came out, believing she was only on the show to find out the results of the paternity test — and flipped out when Montero revealed their secret relationship. She called him a liar, “homewrecker” and swore the child was Yai’s — while exclaiming, “I’m sorry you don’t have a family of my own.”

Yai himself then joined to two on stage, kissing Montero and igniting another outburst from Ashley in the process. He confirmed he wanted to be with Montero, before Maury revealed the results of the paternity test.

“In the case of 4-year-old Noah, Yai … you are NOT the father!” he revealed, leading to a backstage fight between Yai and Ashley, who finally admitted to making some mistakes.

A lie-detector test then confirmed Yai wanted to not only leave his wife for Montero, but also wanted to be in a committed relationship with him. Unfortunately, the test also revealed Yai hadn’t been faithful — and had slept with at least 10 other people while they were together.

With that, Montero ran straight out of the building — and didn’t look back.

“The ‘Montero’ segment is a collaboration between Lil Nas X and The Maury Show for entertainment purposes,” read a slate at the end of the segment. “The storyline is loosely based on the music video ‘That’s What I Want’ by Lil Nas X.”

The rapper previously revealed he and Ariza dated and subsequently split earlier this year, in an October interview with SirusXM. “We were dating, and we are still on very good terms,” he said at the time. “You know, we may date again, I’m sure. I love him; he is amazing.”

He called Yai “the best person I have ever dated,” but added he was putting his focus on his music.