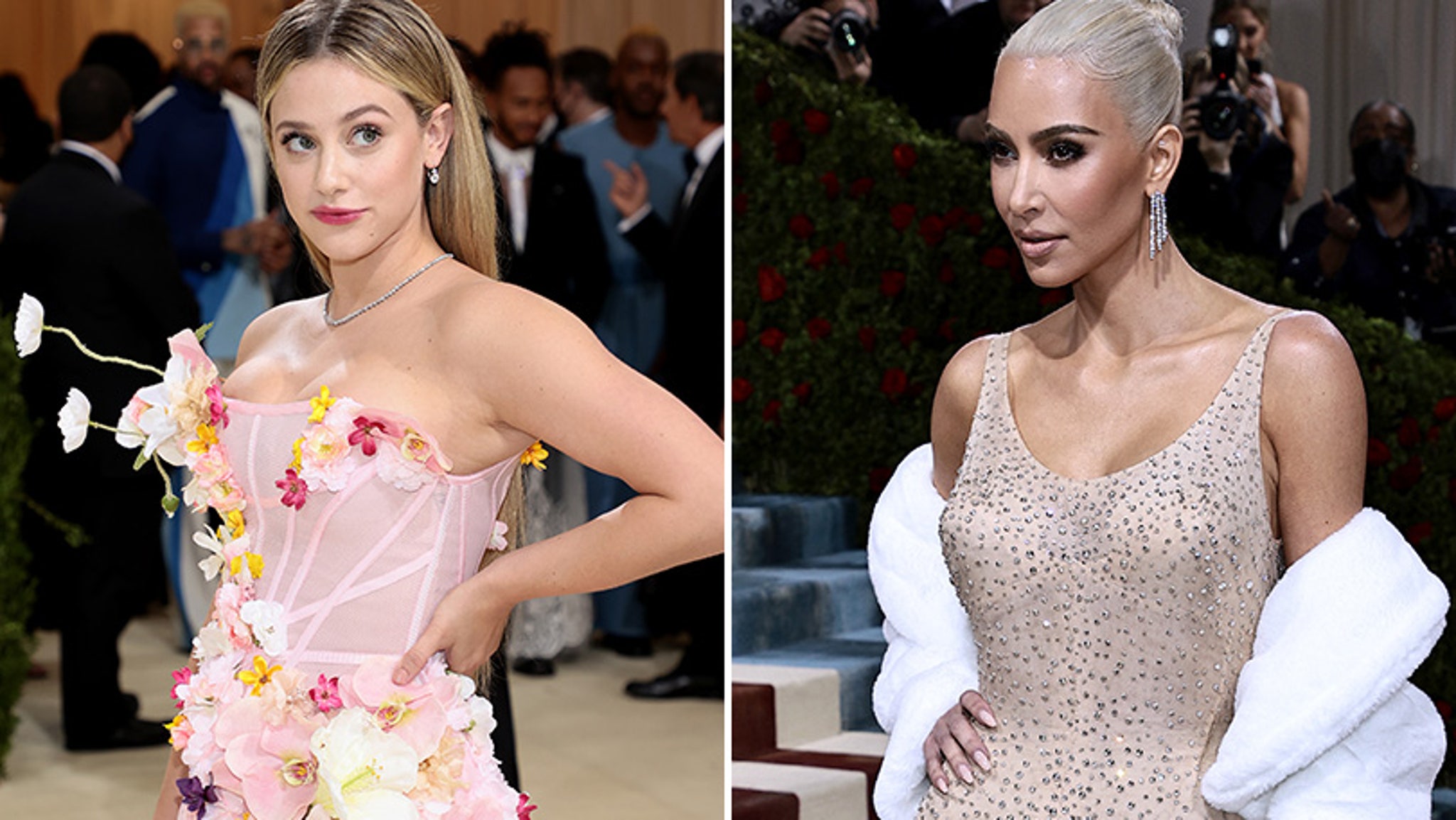 Kardashian said she lost 16 pounds in 21 days in order to fit into Marilyn Monroe’s iconic 60-year-old dress because it was not able to be altered to fit her.

Kim Kardashian pulled out all the stops to fulfill her dream of wearing Marilyn Monroe’s iconic 1962 dress, touting to Vogue that she lost 16 pounds in 21 days to fit into it — but Lili Reinhart is not impressed.

In fact, the “Riverdale” star is the exact opposite, taking to her Instagram Stories on Monday night to rail against celebs who put their bodies through such rigorous weight loss for the few minutes she wore the dress (she only wore it on the red carpet itself).

While Lili never mentioned Kim by name, the rant comes on the heels of Kim making headlines for discussing the “strict” diet she put herself on in order to fit into the dress, since it could not be altered to fit her figure.

She said she had skipped carbs basically altogether once she discovered the dress wasn’t going to fit. She and boyfriend Pete Davidson even skipped Met Gala after-parties to instead scarf down pizza and donuts in their hotel room, per TMZ.

Fans captured the five-page NSFW rant, which is no longer available on Reinhart’s feed, on their own social media pages, as did multiple media outlets like E! News. It’s unclear if Lili moved the rant, though it does seem they weren’t up long enough to have gone away on their own.

“To walk on a red carpet and do an interview where you say how starving you are… because you haven’t eaten carbs in the last month…all to fit in a f—— dress? “So wrong. So f—– on 100s of levels,” she posted.

Lili is a strong public advocate for body positivity and has spoken openly about her own struggles with body dysmorophia, which is why she sees Kim’s actions, and talking about them the way she did on the carpet, so dangerous.

“To openly admit to starving yourself for the sake of the Met Gala. When you know very well that millions of young men and women are looking up to you and listening to your every word,” Lili continued. “The ignorance is other-worldly disgusting.”

She called on her fans to stop supporting and following “stupid, harmful” celebrities whose social and public image “revolves around their bodies.”

“I am not generally an angry person but I swear to God, the toxicity of this industry sometimes really gets to me and I have to do my little Instagram-story rants to release my rage,” she concluded her thoughts.

“I tried it on and it didn’t fit me,” Kardashian told Vogue at the event. “I said, ‘Give me three weeks’ … It was such a challenge. It was like a [film] role. I was determined to fit [in] it.”

Vogue further detailed that Kardashian slipped into the dress in a special dressing room adjacent to the red carpet, carefully shuffled down it on Davidson’s arm, and then promptly switched into a replica for the event itself and the parties to follow.