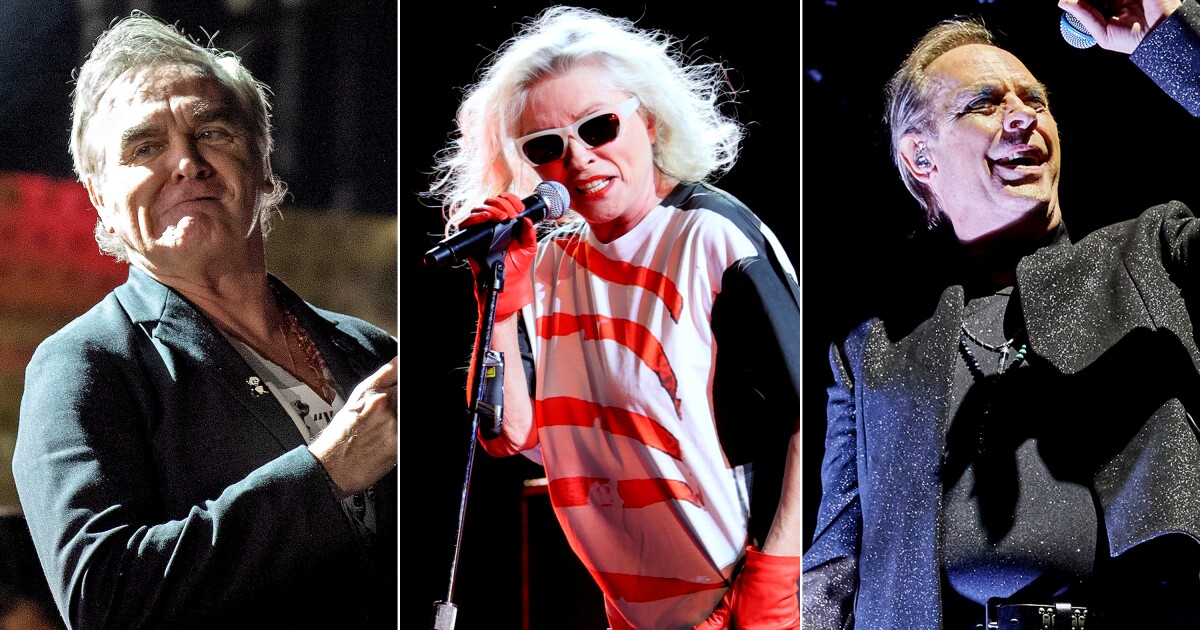 Produced by Coachella promoter Goldenvoice, Cruel World time-travels back to that moment when synthesizers were supplanting guitars and rebel teens born into baby boomer hegemony were hungrily seeking new sounds, ideas and hairdos.

Today is sold out, but tickets remain for Sunday.

Times’ music reporters Randall Roberts and Suzy Exposito will be braving the heat and reporting live from the festival throughout today and tonight.

2:30 p.m. The vintage T-shirts were on full display at Cruel World, the new wave, goth and proto-alternative festival that just got underway at Brookside at the Rose Bowl. Fans signified their passions while preparing for a searing day in Pasadena, where acts including Devo, Morrissey, Blondie and a few dozen others will celebrate the sounds of the ‘80s, in temperatures hovering in the 90s.

(One misfit was overheard talking about seeing Rush on the “Hemispheres” tour. Dude, you are at the wrong festival!)

Early in the day, influential So Cal goths Christian Death, whose work starting in the late ‘70s focused on grim themes and anti-religious provocations, offered a sun-scorching greeting in the form of “The Alpha and the Omega.”

“Abandon all your hope, all who enter here,” sang guitarist Valor Kand. “If you’re not dead and cold, then you’re the enemy.”

As far as we can tell, we’re all still alive and we’re already very hot. — Randall Roberts