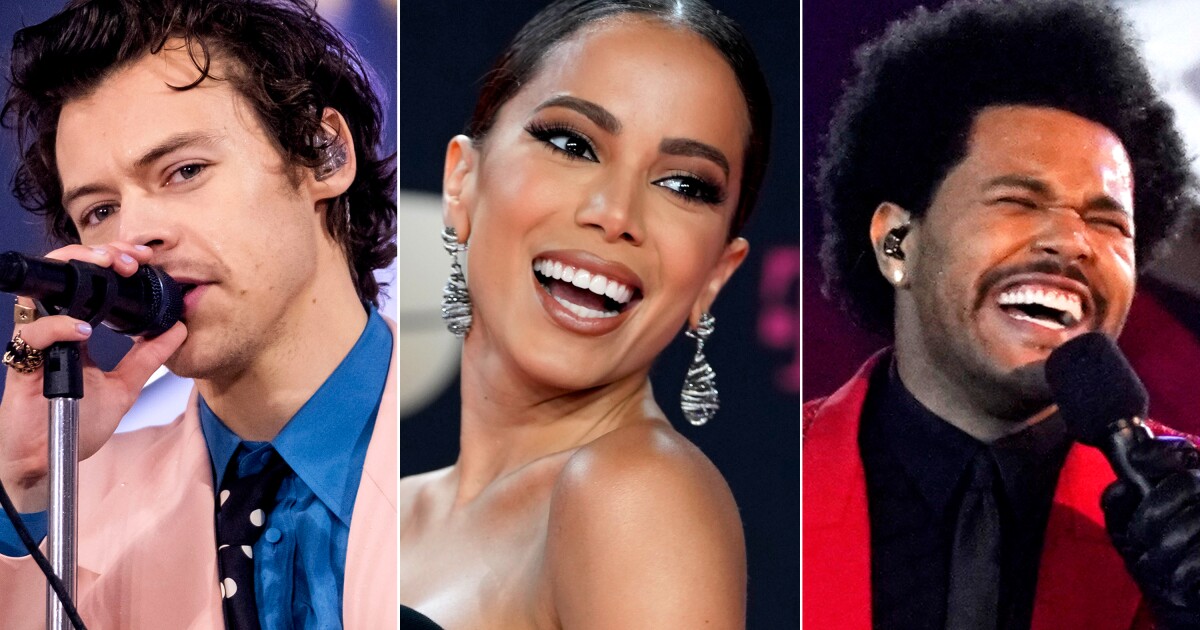 Set times for the weekend can be found here. Many performances will livestream on YouTube.

The Times’ Mikael Wood and Suzy Exposito will be reporting live from the polo grounds, providing instant reactions to all the must-see performances. Check back here throughout the weekend for the latest from the 21st edition of Coachella.

12:53 p.m. Arguing with your friends over which artists to see today? Let The Times’ music experts help. Here, a few of our writers’ picks for Friday’s standout sets:

Idles (8:10 p.m., Mojave)
A searing post-punk band from Bristol, England, who sound like some ferocious mix of the Fall, the Birthday Party and Gang of Four, Idles has likely bloodied more moshers across its 13-year career than any other act at Coachella. At the center is the roughneck bark of Welsh-born singer Joe Talbot, whose skill at harnessing his testosterone to indict toxic masculinity in “Never Fight a Man With a Perm” is propelled by a snake-eating-its-tail riff progression generated by his four bandmates. The band arrives at the polo grounds in support of its fourth album, “Crawler,” a moody, atmospheric record that’s bound to pound the festival into submission. — Randall Roberts

Snoh Aalegra (10:35 p.m., Mojave)
This Swedish R&B singer with a timeless voice could have played it safe and geared her music toward Grammy-voting nostalgists. But she took a welcome left turn on last year’s “Temporary Highs in the Violet Skies,” working with misty and psychedelic productions (one song is literally called “Tangerine Dream”) from Tyler, the Creator, jazz-rap polymath Terrace Martin and the Neptunes. Her songs never sit still long, but you could follow her voice anywhere — including the main stages at hip-hop festivals like last fall’s Day N Vegas, where her live-set charms were made manifest. — August Brown

Harry Styles (11:35 p.m., Coachella Stage)
It’s been years since Coachella booked a boomer icon like Paul McCartney or Roger Waters, but in Friday’s headliner the festival might be getting something better: a classic-rock-obsessed 28-year-old beloved by millennials and Gen Z. Styles’ first two solo albums channeled David Bowie and Fleetwood Mac and led to a public friendship with Stevie Nicks; his upcoming “Harry’s House,” due next month, appears to move his frame of reference forward a decade or so: “As It Was,” the album’s lead single, borrows the tick-tocking synth-pop groove the Weeknd previously borrowed from A-ha’s mid-’80s “Take on Me.” Gen Z approves: According to Spotify, “As It Was” set a new record for the most streams (8.3 million) ever recorded in the U.S. in one day. — Mikael Wood

12:26 p.m. If Harry Styles wasn’t enough pop heartthrob for one Coachella night, TMZ is reporting that Justin Bieber will join Daniel Caesar onstage later this evening to perform their hit “Peaches.” Yesterday, in other Canadian-related Coachella news, Arcade Fire announced that they would be making a pop-up appearance at the Mojave Tent tonight at 6:45 p.m.