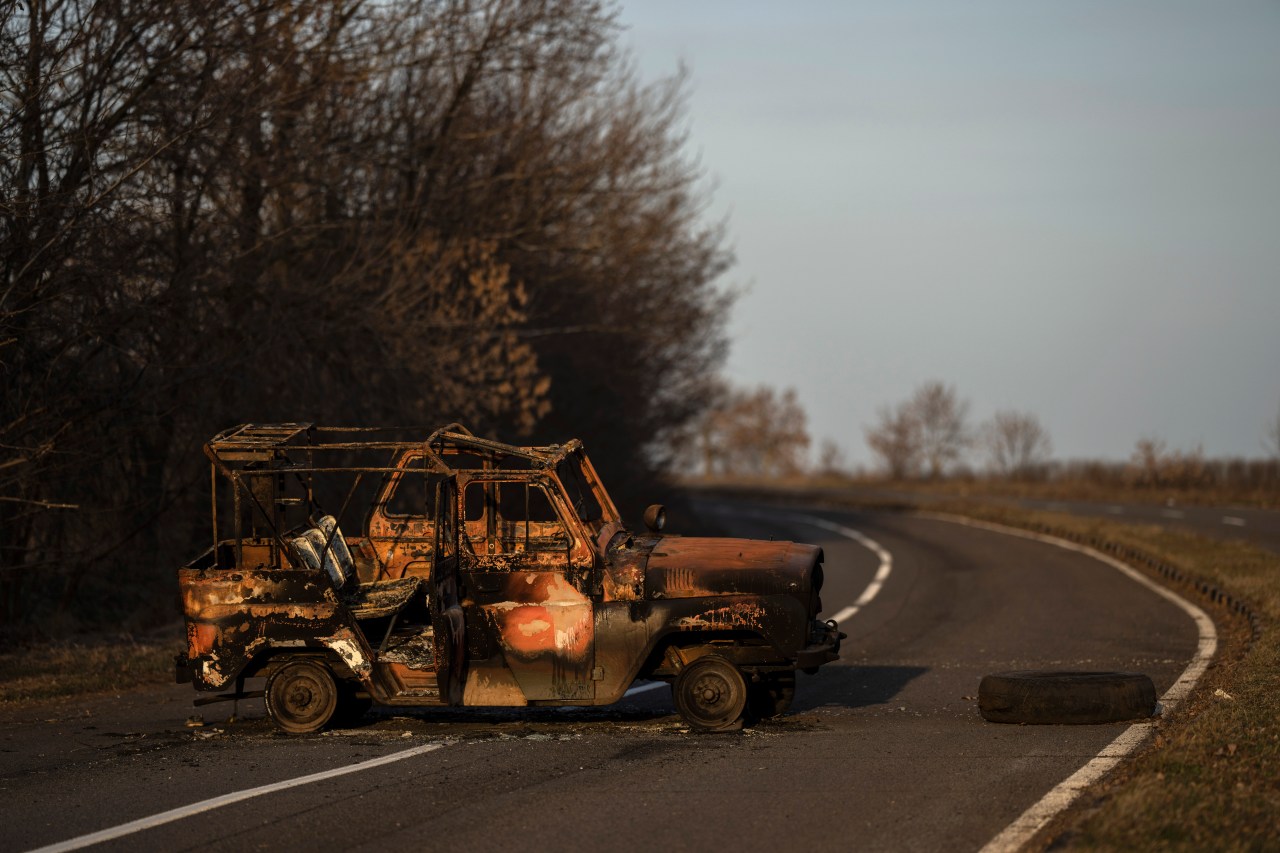 A daily update says Russian forces are proving reluctant to engage in large scale urban infantry operations, rather preferring to rely on the indiscriminate use of air and artillery bombardments in an attempt to demoralize defending forces.

The assessment says it is likely Russia will continue to use its heavy firepower on urban areas as it looks to limit its own already considerable losses, at the cost of further civilian casualties.

KEY DEVELOPMENTS IN THE RUSSIA-UKRAINE WAR:

— Some prominent Russians quit jobs, refuse to support the war on Ukraine

Zelenskyy in his video address Saturday criticized Russia’s ongoing war on his nation. He called on the United Nations and world powers to come to his aid. He compared Russia’s destruction of the port city of Mariupol to the Syrian and Russian destruction wrought on the city of Aleppo in the Syrian war.

“They are destroying our ports,” Zelenskyy said. “The absence of exports from Ukraine will deal a blow to countries worldwide.”

He added: “The future of Europe rests with your efforts.” He called on countries to increase their exports of energy — something particularly important as Qatar is a world leader in the export of natural gas.

He criticized Russia for what he described as threatening the world with its nuclear weapons.

“Russia is deliberating bragging they can destroy with nuclear weapons, not only a certain country but the entire planet,” Zelenskyy said.

He also noted Muslims in Ukraine would have to fight during the upcoming holy fasting month of Ramadan.

“We have to ensure this sacred month of Ramadan is not overshadowed by the misery of people in Ukraine,” he said.

Erdogan told his counterpart that he had raised Turkey’s support for Ukrainian territorial integrity at a recent NATO summit, where he had relayed the diplomatic efforts made by Turkey in one-one-one meetings with other leaders, according to a statement from the Turkish presidency.

Ankara, which has close ties with both Russia and Ukraine, has positioned itself as a neutral party, seeking to facilitate negotiations between the warring sides.

Russian forces in Ukraine appear to have shifted their focus from a ground offensive aimed at Kyiv to instead prioritizing what Moscow calls the liberation of the contested Donbas region, suggesting a new phase of the war.

It appears too early to know whether this means President Vladimir Putin has scaled back his ambitions in Ukraine, but Russian military moves this week indicate a recognition of the surprisingly stout Ukrainian resistance. Russian-backed separatists have controlled part of the Donbas region of eastern Ukraine since 2014.

Ukrainian President Volodymyr Zelenskyy on Friday again appealed to Russia to negotiate an end to the war, but he said Ukraine would not agree to give up any of its territory for the sake of peace.

Putin’s forces are under great strain in many parts of the country, and the United States and other countries are accelerating their transfer of arms and supplies to Ukraine. In recent days, U.S. officials have said they see evidence of Ukrainian defenders going on the offensive in a limited way in some areas.

Putting a positive face on it all, the deputy chief of the Russian general staff said his forces had largely achieved the “main objectives” of the first phase of what Moscow calls a “special military operation” in Ukraine.

LVIV, Ukraine — Even as the conflict rages, a vast apparatus is being built to gather and preserve evidence of potential war crimes.

Less than a month after Putin’s order to drop the first bombs on his neighbor, the United States declared that Russian forces were violating international laws of war that were written after World War II. But it remains far from clear who will be held accountable and how.

Possible war crimes that have been reported in Ukraine include destroying homes, firing on civilians as they evacuate through safe corridors, targeting hospitals, using indiscriminate weapons like cluster bombs in civilian areas, attacking nuclear power plants and intentionally blocking access to humanitarian aid or food and water.

But intention matters. Destroying a hospital alone is not evidence of a war crime. Prosecutors would have to show that the attack was intentional or at least reckless.

LVIV, Ukraine — Ukrainian President Volodymyr Zelenskyy’s chief of staff is calling on the West to create a new lend-lease program for Ukraine, referring to the World War II effort that sent U.S. supplies to the Soviet Union to help it fight Nazi Germany.

“We need a full lend lease,” Andriy Yermak said in an address late Friday. “Today Ukraine is the holy grail of Europe, and without exaggeration Ukraine is reviving those principles that gave life to current Western civilization.”

He said what Ukraine needs most is real-time intelligence and heavy weapons.

Yermak also repeated the Ukrainian president’s calls for help in closing the skies over Ukraine to stop Russian bombing and missile attacks. The West has refused to impose a no-fly zone for fear of widening the war.

He said options include supplying Ukraine with air defense systems or fighter jets, or creating an “air police force to protect civilian infrastructure.”

LVIV, Ukraine — Ukrainian President Volodymyr Zelenskyy has again appealed to Russia to negotiate an end to the war, but says Ukraine would not agree to give up any of its territory for the sake of peace.

In his nightly video address to the nation Friday, Zelenskyy appeared to be responding to Col. Gen Sergei Rudskoi, deputy chief of the Russian general staff, who said Russian forces would now focus on “the main goal, the liberation of Donbas.”

Russian-backed separatists have controlled part of the Donbas region of eastern Ukraine since 2014, and Russian forces have been battling to seize more of the region from Ukraine, including the besieged city of Mariupol.

Rudskoi’s statement also was a suggestion that Russia may be backing away from trying to take Kyiv and other major cities where its offensive has stalled. Zelenskyy noted that Russian forces have lost thousands of troops but still haven’t been able to take Kyiv or Kharkiv, the second-largest city.

AP journalists in Ukraine have seen firsthand the deadly results of Russian strikes on civilian targets, including the final moments of children whose bodies were shredded by shrapnel and dozens of corpses heaped into mass graves.

AP journalists outside Ukraine have confirmed the details of other attacks by interviewing survivors and independently verifying war zone videos and photos posted online. The accounting is part of the War Crimes Watch Ukraine project, a broader effort by AP and PBS “Frontline.”

The United Nations High Commissioner for Human Rights confirms at least 1,035 civilians, including 90 children, have died and another 1,650 civilians have been wounded since the war started a month ago. Those numbers are certainly an undercount.