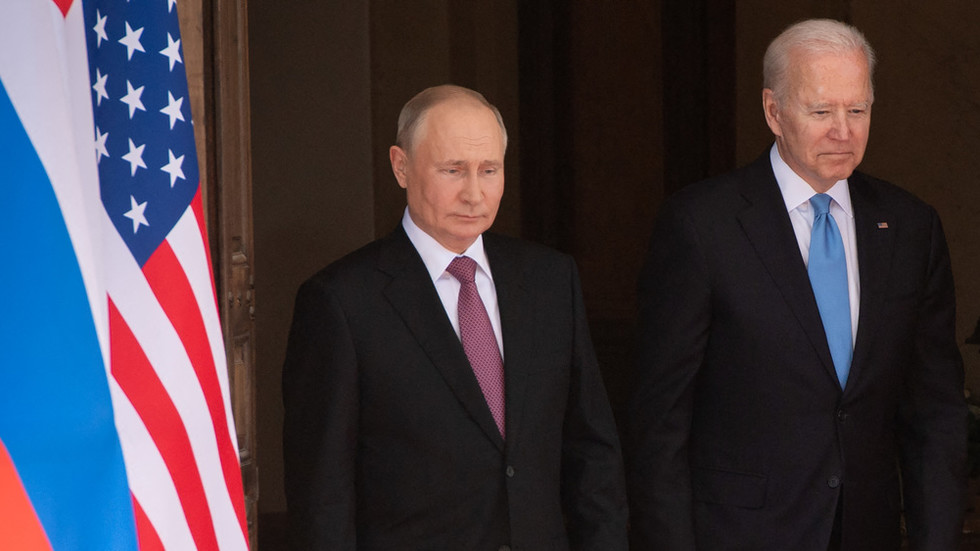 The French president made it clear that he himself “wouldn’t use such words.”

The escalation of the conflict in Ukraine through words or actions should be avoided, French leader Emmanuel Macron has warned, after US President Joe Biden labeled his Russian counterpart, Vladimir Putin, “a butcher,” who “cannot remain in power.”

When asked to comment on the statements made by Biden on the final day of his visit to Poland on Saturday, Macron said that, personally speaking, he “wouldn’t use such words.”

The French leader told the broadcaster France 3 that he was planning to talk to Putin about the situation in Ukraine in the next two days. He said his goal was “achieving first a ceasefire and then the total withdrawal of [Russian] troops by diplomatic means.”

“If we want to do that, we can’t escalate, either in words or actions,” Macron stressed.

Biden had earlier called Putin a “butcher” after visiting a stadium in Warsaw hosting Ukrainian refugees. In his speech later on that day, the US president proclaimed, “For God’s sake, this man cannot remain in power.”

US officials subsequently clarified that Biden hadn’t been calling for regime change. An unnamed White House official told the media the president had gone off script when he delivered the controversial line.


“A national leader has to keep a cool head,” Kremlin press secretary Dmitry Peskov remarked in response to Biden’s words. “Personal insults narrow the window” for cooperation between Moscow and Washington, he added.

Russia sent its troops into Ukraine, over a month ago, following a seven-year standoff over Kiev’s failure to implement the terms of the Minsk agreements, and Russia’s eventual recognition of the Donbass republics of Donetsk and Lugansk. German- and French-brokered protocols had been designed to regularize the status of those regions within the Ukrainian state.

Russia has now demanded that Ukraine officially declare itself a neutral country that will never join the US-led NATO military bloc. Kiev insists the Russian offensive was completely unprovoked and has denied claims it had been planning to retake the two republics by force.