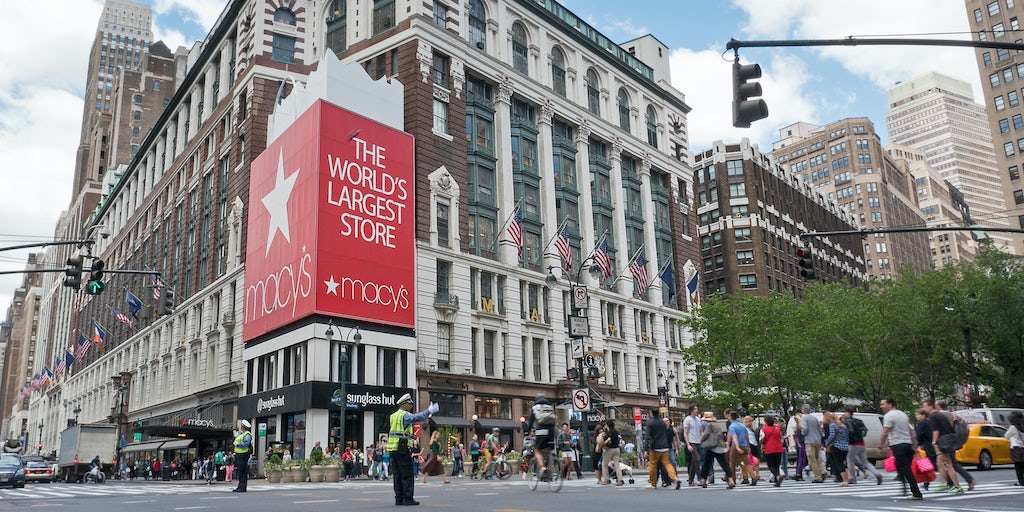 Macy’s Inc. is suing its landlord over plans to allow a competing retailer to advertise on a billboard fixed to the department store’s New York City flagship.

Macy’s said that Kaufman Realty Corp. was in conversation with a “prominent online retailer” months before its contract for the billboard expired in August, according to a filing in New York State court. The chain said it believes the competitor is Amazon.com Inc., though the online giant isn’t named in the lawsuit.

Competing retailers are prohibited from advertising there under an agreement signed in 1963, according to the filing. “If Amazon or another competitor were to advertise on the billboard, the negative impact on Macy’s would be immeasurable.”

The billboard, viewed by millions of people a year, sits at the storied Herald Square site, which is the largest department store in the US. The flagship has long been a point of pride for Macy’s, which is planning to build a multibillion-dollar skyscraper atop the store and invest in the surrounding area.

Macy’s, which has advertised on the billboard for nearly 60 years, still has rights to the billboard on an adjacent building, according to spokesperson Orlando Veras. “We expect to realise the benefits of these rights and have asked the court to protect them,” he said in a statement.