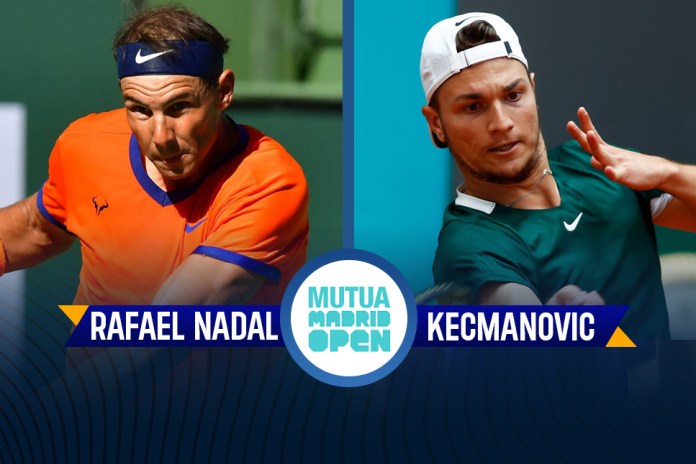 Madrid Open LIVE: 21-time Grand Slam Champion Rafael Nadal makes a return to the circuit after a two month gap, as he begins his clay court season at Madrid Open. He takes on Serbia’s Miomir Kecmanovic in the second round on Wednesday at 7.30 PM IST, after receiving a bye in the first round  Meanwhile, Kecmanovic defeated Alexander Bublik in straight sets in first round. The Follow InsideSport.IN for more updates.

Someone is clocking in at work later today ⏰

Where to watch Nadal vs Kecmanovic LIVE streaming?

The match is scheduled to begin at 7.30 pm IST.