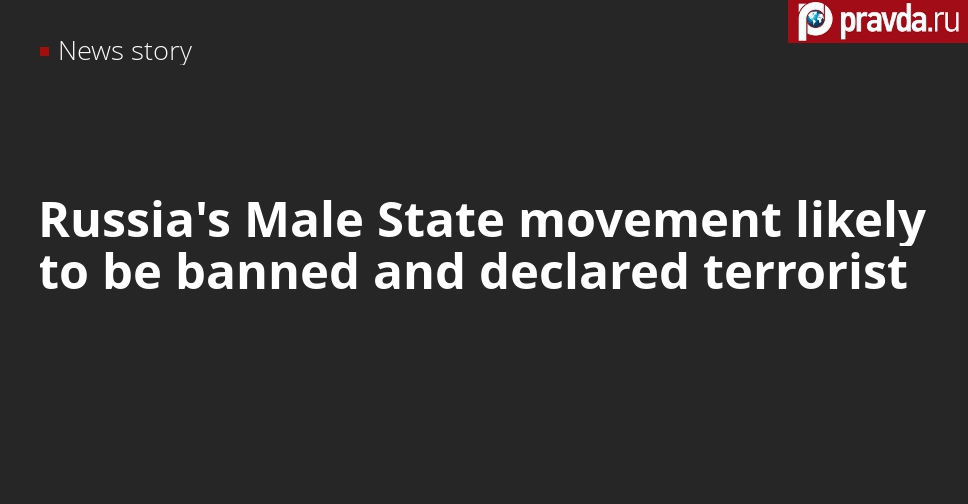 The Office of the Public Prosecutor of the Nizhny Novgorod region asked to recognize the Male State as an extremist organization, to liquidate it and prohibit its activities in Russia.

The defendant in the case is the founder of the Male State, Vladislav Pozdnyakov, as well as Igor Nosov and Dmitry Gubanov. The plaintiff is acting regional prosecutor Andrey Galchenko. The statement of claim was registered on October 1, and on October 4 the materials of the case were submitted to the judge for consideration.

The supporters of the unregistered organization conduct their activities on the Internet. In particular, they harass LGBT people, women and people of different races.

One of the most recent high-profile scandals involving the Male State occurred in August of this year, when a Moscow Japanese food restaurant was criticised for arranging an advertising campaign with the participation of black models and LGBT symbols. Pozdnyakov urged his supporters to paralyze the company’s work by placing and rejecting bulk orders.

Press Secretary of the Russian President Dmitry Peskov said on August 31 that law enforcement agencies should react if actions committed by the Male State movement show a violation of law. The same day, MP Oksana Pushkina sent an appeal to the Prosecutor General of Russia Igor Krasnov to investigate into the activities of the Male State movement.