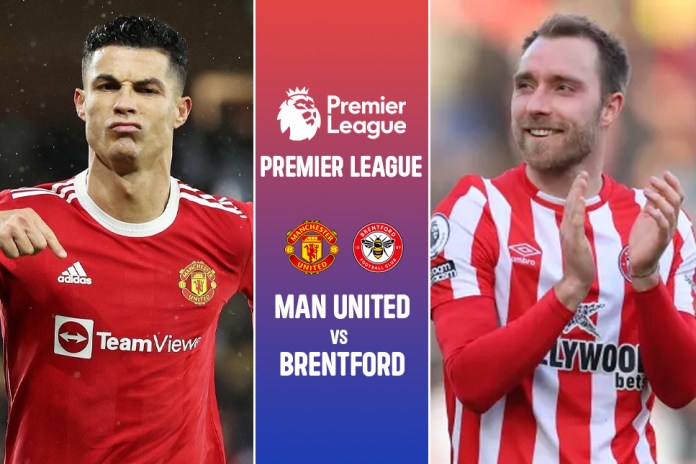 Man United vs Brentford LIVE: Manchester United’s final home match of what has been an extremely disappointing Premier League season will take place on Monday night, with Brentford the visitors to Old Trafford. Follow InsideSport.IN for latest sports news and updates

The Red Devils are currently sixth in the table, five points behind fourth-placed Arsenal, who have two games in hand, while Brentford occupy 12th, having enjoyed an impressive campaign in the top flight.

Man United will again be without the services of Edinson Cavani, Luke Shaw, Paul Pogba, Harry Maguire and Mason Greenwood for Monday’s clash with Brentford.

Aaron Wan-Bissaka, Fred and Jesse Lingard could all be back in the squad, but Jadon Sancho is facing a battle to return before the end of the campaign due to tonsillitis.

Alejandro Garnacho made his debut for the Red Devils against Chelsea and will hope to be involved once again, and it would not be a surprise too see the same starting XI from the clash with the Blues.

Fred, who has recently been out with a hip problem, might make his return off the bench, while Marcus Rashford is potentially under threat from Juan Mata, but it could be a case of same again from Rangnick.

Christian Norgaard and Kristoffer Ajer should be available for selection at Old Trafford.

Ethan Pinnock, Sergi Canos, Frank Onyeka and Saman Ghoddos are out, though, while Mathias Jorgensen will be absent for the remainder of the campaign due to a groin issue.

Christian Eriksen has been in excellent form for Brentford in the second half of the season and will again feature in central midfield, while Ivan Toney, who has 12 league goals this term, will be joined by Bryan Mbeumo in attack.

Man United vs Brentford LIVE: When and where to watch the live streaming of Premier League matches?

When will Man United vs Brentford kick off in the Premier League? – Date
MUN vs BRE match will be played on 3rd May 2022

What time will Man United vs Brentford kick off? Time
MUN vs BRE will begin at 12:30 AM IST

Where will Man United vs Brentford be played? – Venue
The game will kick-off at Old Trafford (Manchester United)

Premier League LIVE: When and where to watch the live streaming?

Premier League: Who will be the Match official? Referee
Chris Kavanagh will be in charge of Man United vs Brentford

Which TV Channel will telecast Man United vs Brentford live?

Premier League’s rights are owned by the Star Sports Network. Hence the matches will be broadcast on various Star Sports channels.

The fans will get to watch English commentary on Star Sports Select and apart from that regional fans will also get the opportunity to watch the match in their favorite language. Regional commentary in Bangla and Malayalam will be made available for key weekend matches on Star Sports 3 and Star Sports 1 Bangla.