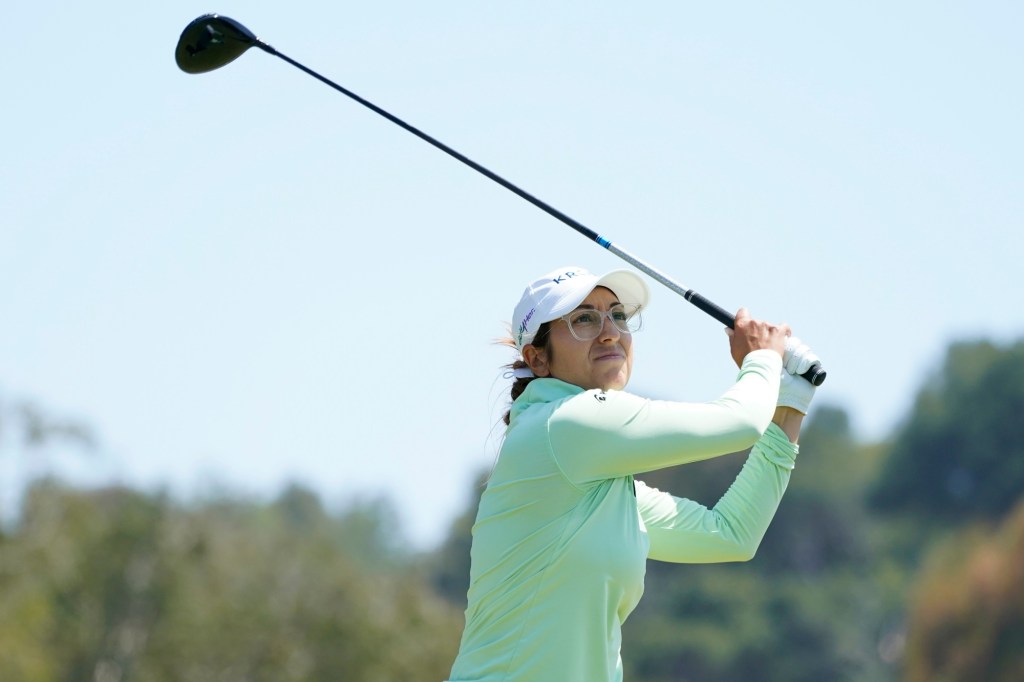 PALOS VERDES —  Marina Alex won the LPGA Cambia Portland Open in 2018 but over the next several years the 31-year-old New Jersey native was severely limited by a back injury, leaving her to wonder if she would ever be healthy enough to play again, never mind win another tournament.

Those doubts were all erased on Sunday, as Alex fired a final round 5-under 66, helping her rally from three shots behind to win the inaugural Palos Verdes Championship at Palos Verdes Golf Club.

Alex’s short birdie putt on the par-5, 16th hole got her to 10 under for the tournament, giving her sole possession of the lead with two holes left to play. The former Vanderbilt University standout then successfully parred the final two holes, preserving her second career LPGA Tour victory.

“Today was amazing,” Alex said. “After a rough couple of years, I wasn’t sure if this (winning) would ever happen again. It’s been tough. I’m getting older. There are so many amazing players out here. The competition is really, really difficult. So, I just didn’t know if my mind and body were going to put me back in a position that I was going to be able to do it again.”

Starting Sunday’s final round in a group of nine golfers three shots behind 54-hole leader Hannah Green, Alex knew she needed to make something happen over the final 18 holes if she was going to have any chance of winning.

Ironically, her round got off to a slow start with a bogey on the third hole but instead of letting one bad hole derail her round, Alex said it increased her determination to stay in the hunt. She did just that, making birdies on three of her next five holes and then two of her first three holes on the back side, putting in a tie for the lead.

Alex had no idea she was tied for the lead because unlike most players in contention in the final round, Alex doesn’t look at leaderboards, preferring to not know where she sits in relation to the rest of the field.

“When I tend to get a little leaderboard crazy I just don’t respond well,” Alex said. “Some people respond really well; I definitely don’t. It just adds anxiety for me knowing if I’m near the lead or in the lead. It just creates extra pressure that I don’t need. It doesn’t help my performance, so I kind of have to be really disciplined to just take a deep breath and do me. If someone outplays me, that’s okay, but I don’t want to outplay myself. That’s the mistake I have made in the past.”

Jin Young Ko started Sunday even further back of the lead, so she teed off more than 90 minutes before the final group. Being so far back allowed Jin Ko to go out and play aggressively and try to post a number.

She birdied three of her first five holes and then made an eagle on the par-5, seventh hole, giving her an opening nine 32. While she made two more birdies on her back nine, she also bogeyed the par-3, 13th, which ultimately ended up costing her a chance at forcing a playoff.

“My swing was really better than first three days, and I got something — I found something, so hit really well today,” Jin Ko said. “I got a lot of confidence out there, so, yeah, I can’t wait to play (next week).”

Khang was another in the group at 5 under when the day started. She got off to a terrific start, making birdies on four of her five holes, and while she continued giving herself good looks at making additional birdies, Khang was unable to get any of the putts to drop.

None was more frustrating than the two-foot birdie putt she had on the par-5, 16th which she seemed to hit a little too hard and it lipped out.

“I think I might have rushed it a little bit on my routine,” Khang said. “I think I got a little excited and kind of wanted to knock it in and walk away. Unfortunately, it took two tries.”

While her back injury has been a large part of her struggles over the last few years, Alex said the COVID-19 pandemic also changed a lot of things for her.  She said while dealing with the pandemic, she realized how important it is for her to be home and spend more time in one place and feel a sense of community.

“Like the tour life takes you away from that, so I’ve had a lot of struggle I think internally with what I want, the direction I want to go, what my next steps are in my life,” Alex said. “I went into this year and I was like, I don’t know how many more years I’m going to play if I’m being perfectly honest.  So, I just want to give it my absolute best this year and put every single opportunity into playing and putting myself in contention and trying to win tournaments. It’s amazing that it’s happened.”