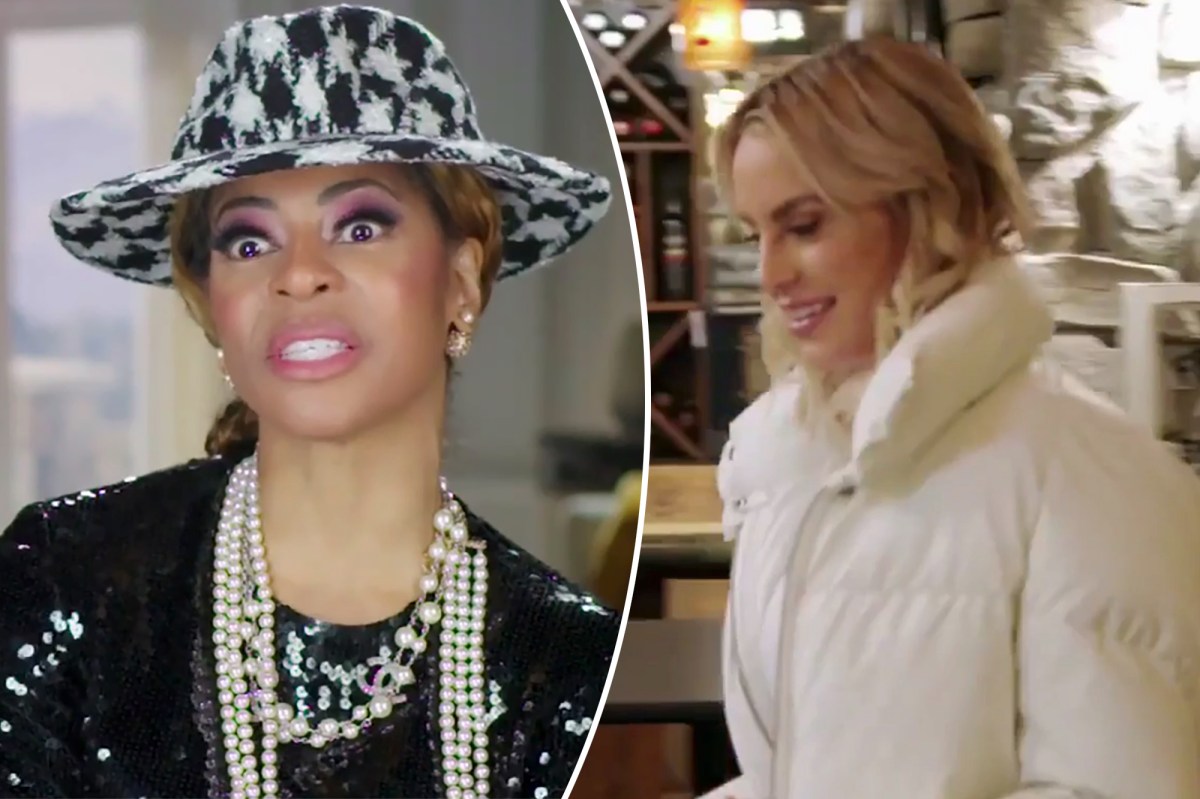 Mary Cosby does not mince her words.

Sunday night’s episode of “The Real Housewives of Salt Lake City” saw the controversial preacher share her honest opinion about the ongoing feud between co-stars Whitney Rose and Lisa Barlow.

“I think Whitney feels validated through Lisa,” Cosby said of Rose in a confessional. “Otherwise you wouldn’t care.”

She added, “Lisa kind of has a cool-factor and I think Whitney sees that — and her insecurity and her youth make her not know how to get to that friendship side when all she has to do is shut up.”

The 48-year-old religious leader’s cutting remark came after she visited Rose at home to discuss her fractured relationship with Barlow.

“The honest truth is I know I don’t like Lisa. She’s not my vibe. But I also have this sense of needing some sort of respect or acceptance from her,” Rose, 35, lamented.

A seemingly apathetic Cosby — who, last month, called Rose a “bobble head” in a heated Twitter rant — replied, “That tells me you want to be her friend. You want her in your life.”

At the suggestion of Barlow’s husband, John, the Vida Tequila CEO later agreed to meet up with Rose to discuss the future of their friendship.

While the women have never been besties, they hit a particularly rough patch during “caterer-gate” on last week’s episode of “RHOSLC.” After Rose grew close with Barlow’s longtime friend, Angie Harrington, Barlow was accused of “sabotaging” Harrington’s charity event by asking the caterer to cancel.

Both Barlow, 46, and the caterers have denied the allegations.

“I think at this point, there’s a lot of misinterpretations that happen,” Barlow told Rose directly. “If we can get to a place where you and I understand each other, I think we could actually be great.”

Rose then pointed out Barlow’s past “rude” behavior — including referring to Rose as “this” — which Barlow apologized for. Barlow then insisted that she has “no anger” and feels “no hostility” toward Rose.

“I keep finding myself being bothered by you and irritated by you. So I’m really trying to dive into what does that mean because that tells me maybe I do want to be your friend,” Rose said, echoing Cosby’s earlier sentiment.

By the end of their meal, Barlow made it clear to Rose that, in time, she intends to introduce the Iris + Beau founder to “that Lisa.”