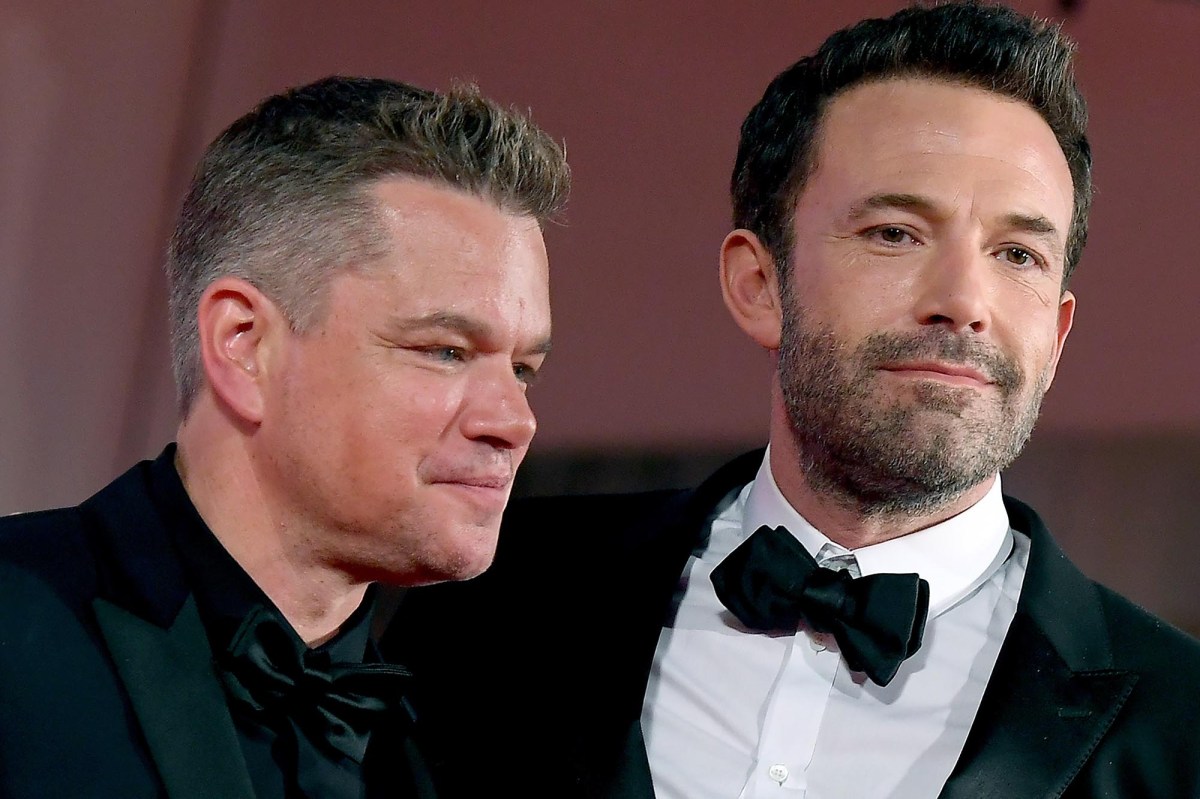 Ben Affleck and Matt Damon’s new movie, “The Last Duel,” takes place in 1300s France, but the actors admitted that not everything will be historically accurate.

The pals revealed in a new interview that Damon, 51, was supposed to kiss Affleck, 49, in a scene from the highly anticipated film. Instead, director Ridley Scott had Damon kneel before his friend and co-star.

“In the original actual version of that scene — the way that ceremony actually took place was that you kissed everybody on the mouth,” Affleck told Entertainment Tonight. “And we had that in the script.”

Damon noted, “That would’ve been our first on-screen kiss.”

Unfortunately for fans, Affleck shared that an intimate moment between him and Damon on the big screen is “going to have to wait” since it never made it into the script. He further explained that the director “thought it would be distracting, and his instincts are pretty good.”

“The two characters really hate each other and that was really fun,” Damon teased. “In fact, the scene where I kneel before him, Ben just improvised this thing where I started to say my line and he just interrupted me and goes, ‘Closer.’ And I have to kind of get up and kneel again in front of him.”

He added, “He just did that and just kind of blurted that out, and it wasn’t in the script.”

Of course, the longtime pals are still close friends in real life — and even brought the work home with them.

“I actually have to kneel before him,” Damon joked. “Once he started directing, that’s actually how I have to get in his house.”

“The Last Duel” premieres in theaters on Friday after its first release at the Venice Film Festival last month.