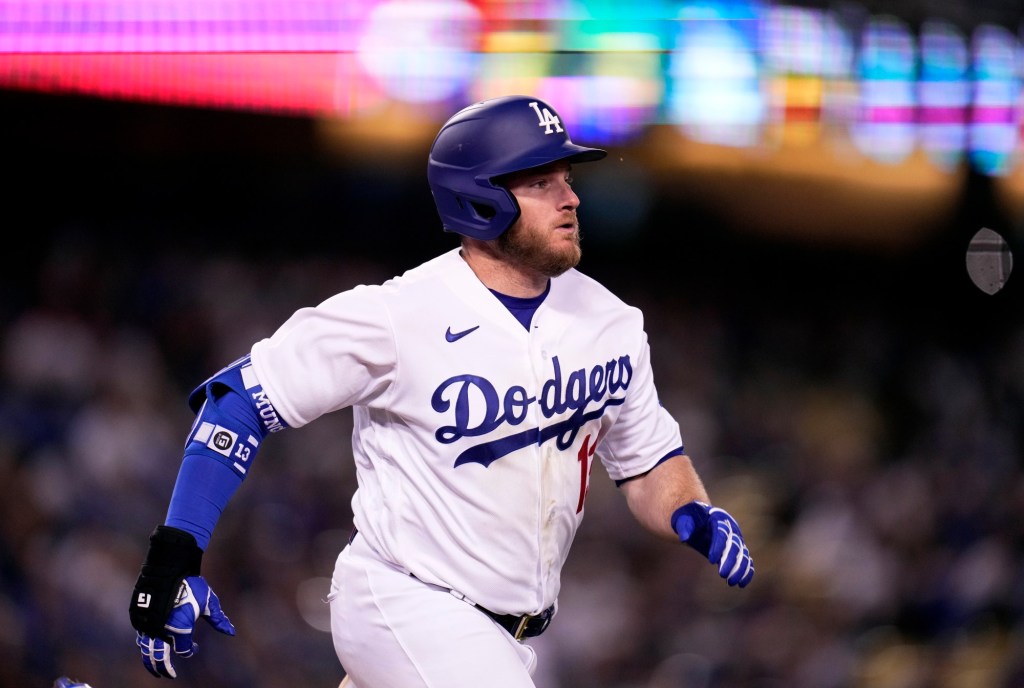 CHICAGO — Max Muncy rejoined the Dodgers on Thursday, happy to be back in the major leagues – and happy to be away from the automated strike zone of Triple-A.

“If you’re a free swinger, it’s not that big of a deal. But for a guy like me, you get down in the count real quick. So that’s not necessarily the best thing.”

The automated strike zone is almost inevitably going to be used in the major leagues at some point and “that would be a gigantic adjustment,” said Muncy who also got a taste of the faster-paced game produced by a pitch clock now used in Triple-A as well.

Muncy has become all too familiar with low batting averages. He hit .150 before the Dodgers put him on the injured list almost two weeks ago to rest the left elbow he injured in October. Then he hit .143 (2 for 14) in four rehab games with OKC, the lone highlight a walkoff home run Tuesday.

“You can’t really look at the results. It was trying to get things to take hold in the swing and how the swings were happening and how the body was moving. That’s what we were more focused on, and it feels like things are moving how they’re supposed to right now.”

When he was moved to the IL, Muncy grudgingly admitted his elbow was not fully recovered from last fall’s injury and maybe “grinding” through the first six weeks of the season wasn’t the best choice. The rest he got before heading to OKC helped, he said Thursday.

“It’s one of those things where it felt healthy, but at the same time it needed some rest,” he said. “Obviously I wasn’t hitting the best so I was hitting a lot to try and fix that. When you’re hitting two, three, four hours a day with an elbow that needs a little rest, it’s not really ideal. So I gave it a little rest. It feels really good, feels healthy and feels strong.”

Dodgers manager Dave Roberts dropped Muncy right back into the middle of the lineup Thursday and said his message to Muncy upon his return was, “Now we go.”

“This is a fresh start for him and kind of the timeline, the new season – however we want to frame it – starts now,” Roberts said. “There were some things physically that he had to deal with, which then got to be a little bit mental. So we’ve kind of cleaned some things up – physically, mechanically. So I kind of want to start the timeline for him personally right now.”

“Walker is very competitive and he wants to fix everything right now. And sometimes it just doesn’t work that way,” Roberts said. “So I can’t sit here right now and say that everything is resolved. I do know that there’s some things that he was addressing to try to clean up with the delivery. We’ll see how it goes on Friday. But my expectation is that he’ll figure it out.”

Buehler has allowed 19 runs in 24 ⅓ innings over his past five starts, including five in a career-short 2 ⅓ innings against the New York Mets last weekend. Roberts acknowledged this rough patch has shaken Buehler’s confidence.

“Certainly when you don’t have success as a person who’s always used to having success, there’s a mental component and that’s an honest admission,” Roberts said. “But Walker is mentally tough enough to kind of fight through that and have success because the bottom line is that it’s about performance and success. That breeds confidence. It’s natural that his confidence has been shaken a little bit. But like I said, I’m gonna keep betting that he’ll right the ship.”

Zach McKinstry was optioned back to Triple-A to make room for Muncy’s activation off the IL.