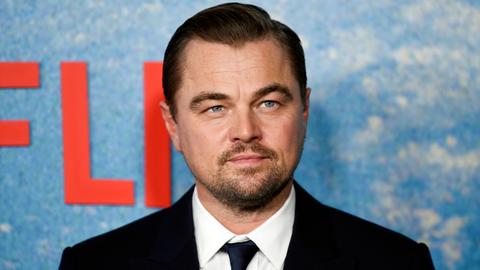 Uvariopsis dicaprio is named after, you guessed it right, environmental activist and Hollywood star Leonardo DiCaprio. The evergreen tree is an endangered species found in Cameroon.

Leonardo DiCaprio is making headlines again, but this time it’s not about his new film “Don’t Look Up”, nor about a new girlfriend. Scientists have named a tree after the actor, the first newly identified plant species of 2022.

The plant is now called Uvariopsis dicaprio, and is an evergreen tree found in Cameroon. The plant is named after Leonardo DiCaprio because the actor petitioned the Cameroonian government to save the tropical Ebo Forest in Cameroon, where the tree was discovered.

A statement from Kew Gardens UK reads: “The scientists chose to name the new tree in honour of DiCaprio after he took to social media, in an effort alongside Re:wild, to revoke a logging concession for the precious Ebo Forest in February 2020.

“Ebo Forest makes up one half of the Yabassi Key Biodiversity Area, home to the world’s only known chimps to both crack nuts and fish for termites, and the ancestral home of several local communities.

“The cancellation of the concession in August 2020 by the President of Cameroon [Paul Biya] gave hope that the many unique and threatened species in the forest would escape the extinction they would have otherwise faced.”

The plant reaches about four metres tall and has shiny yellow-green leaves growing in bunches along its trunk (“Cauliflorous flowers with a uniseriate corolla of four petals, and two sepals,” the authors write in PeerJ).

Scientists, such as Martin Cheek at the UK’s Royal Botanic Gardens, Kew, and his colleagues – including researchers at the National Herbarium of Cameroon and the University of Yaounde I, Cameroon – went through photos and specimens of the tree and came to the consensus that it was a new species.

The new species is closely related to the ylang-ylang tree (Cananga odorata), the intoxicating smelling tree that is native to India, SE Asia, the Philippines, Indonesia and Australia. It was also unknown to local communities.

“This is a plant which, for a botanist, just jumps out at you,” says Cheek. “It’s so spectacular.”

Cheek also speaks of his appreciation for Leonardo DiCaprio’s support, noting: “Had the logging concession gone ahead, we would have likely lost this species to timber extraction and slash and burn agriculture that usually follows logging concessions.”

Because fewer than 50 individual trees have been located in the Ebo Forest, all gathered in a single, unprotected area, the new tree species U. dicaprio is considered critically endangered.

Hollywood actor Leonardo DiCaprio is known for his environmental
activism. He has most recently starred in the controversial Adam McKay film “Don’t Look Up”, breaking streaming records at Netflix, alongside other stars such as Meryl Streep and Jennifer Lawrence.

The film, in which he plays an astrophysics professor, deals with discovering an asteroid on a collision course with Earth and his character attempts to alert the world to take action. Both he and Lawrence’s postgrad student Kate Dibiasky are shown trying to raise the alarm with the White House. President of the US, Janie Orlean (Meryl Streep), shrugs off the disaster as she’s more concerned about her approval ratings and the impending elections.

The duo then try their luck with television programmes, appearing as guests on a morning show presented by Brie Evantee (Cate Blanchett) and Jack Bremmer (Tyler Perry), only for Dibiasky to turn into a shrieking banshee meme, after she yells “We’re all going to die!”, on live television.

The film is interpreted as a metaphor for climate change and how the world is not doing enough in the face of a catastrophe. It is nominated for four Golden Globe Awards, among others.