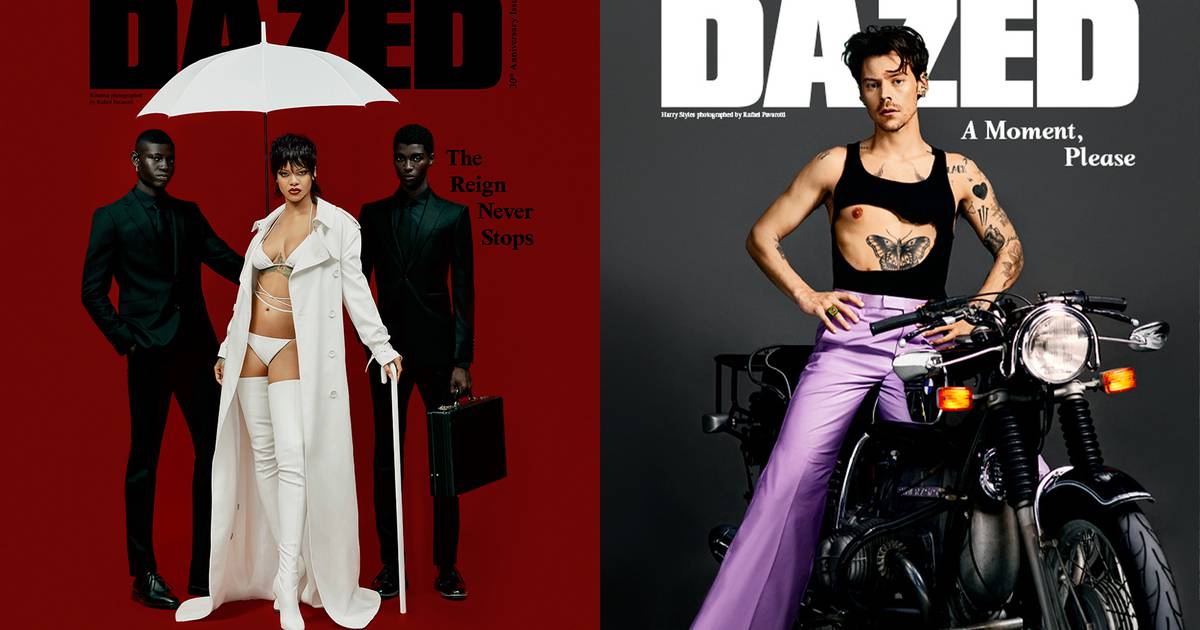 Last fall, a pair of Dazed photoshoots featuring Rihanna dressed as a giant joint and Harry Styles on a motorcycle put the New School creative agency on the fashion map.

Those carefully composed images were the result of a whirlwind week that saw photographers, stylists and art directors crisscrossing the country in a frantic race to shoot Rihanna in New York and Styles in Los Angeles back to back. Sam Ross, the agent who had founded New School just a few months earlier, had to put up £7000 ($9500) of his own money to pay for travel and hotels, including a two-week quarantine in Mexico so UK-based talent could enter the US.

The investment was worth it. Both covers made the rounds on social media, with one of the images of Styles generating over 200,000 likes on Instagram. It was also proof of concept for New School, which Ross told BoF is built around the idea of a community of unique individuals whose various creative disciplines complement each other.

New School’s roster of talent draws on Ross’s longtime friends and collaborators, many of whom he met at Central Saint Martins a decade ago and work for Dazed today. They include the magazine’s editor-in-chief, the stylist Ib Kamara, Dazed art director Gareth Wrighton, the choreographer Yagamoto, set designer Ibby Njoya and stylist Mobolaji Dawodu, who is also global fashion director at GQ.

All the pieces came together on the Rihanna shoot for Dazed’s 30th anniversary: she wore clothes designed by Jawara Alleyne in collaboration with Raw Materials, a creative partnership by Kamara and Wrighton represented by New School. Kamara and Wrighton handled styling and artistic direction, while Njoya designed the set.

Creative and talent agencies have long been built around offering clients access to an interconnected network of talent they can hire for projects. Art Partner, for instance, started as a collective of friends in the early 1990s. Ross is putting the collaboration aspect front and centre at New School.

Ross said he decided to launch the agency after Kamara took over Dazed in February. Since then, the stylist’s profile has steadily risen. He’s known for facilitating the creation of garments and props for his sometimes high-concept shoots. In November, he was awarded the Isabella Blow Award for Fashion Creator at the British Fashion Awards.

Kamara is represented by Art & Commerce for his individual styling work, but New School represents projects on which he leads with Wrighton, a longtime collaborator. They have worked together for a decade, but only recently formalised that partnership under Raw Materials.

“The vision of Dazed right now is under Raw Materials,” said Wrighton, citing the September cover shoot featuring Rihanna as the best example.

New School’s client list goes beyond its talent editorial jobs and includes campaigns for Mercedes Benz, Apple and Klarna and casting for brands like Alexander McQueen, as well as creative directing a show for Thebe Magugu.

“Our plan was to always do this eventually — create a collective of some sort, and bring people in and bring people up,” said Ross. “The idea is to grow it and build it up to this ad agency level, but right now it has to be this small thing.”

Ross and Wrighton said their unique understanding of each other helps them navigate potentially chaotic situations like the back-to-back photoshoots last August. When Ross needs to outsource talent for specific projects, he looks to talent already within the New School creative circle to maintain the collective feel.

New School’s work has started to permeate the wider market, both influencing and benefitting from wider trends. Gradient-style set backgrounds, a signature of Njoya’s, who incorporates his own hand-painted original artwork into set design, is popping up more often. That style was used as the backdrop for the American Music Awards, among other places.

“The overall feel and mood of imagery has shifted,” Ross said. “Apple, a very traditionally muted tech company is bursting with colour of late and playing with faded colours within their interface.”

Ross said he understands the fast-paced nature of the industry and he wants to keep an open mind to ensure that New School is always well positioned to capture the current fashion zeitgeist.

“I feel as though many companies are out of touch with what is going on culturally,” he said. “As we progress, we want to ensure we remain open to new thoughts and ideas, and we don’t become one of those oblivious institutions.”