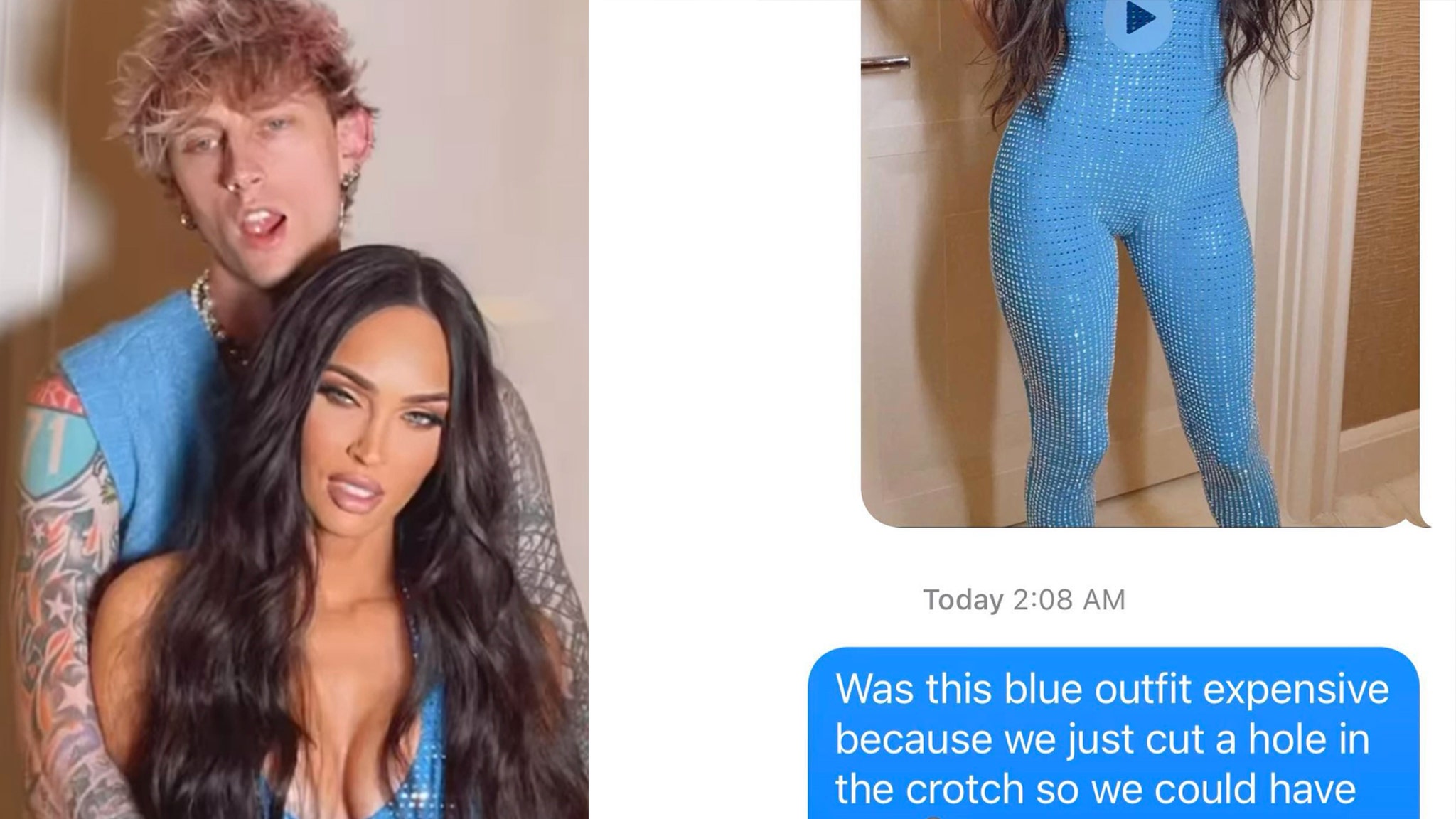 On Monday morning the 36-year-old claimed she had cut a hole in that fabulous blue jumpsuit… so she could have sex with boyfriend Machine Gun Kelly.

Showing off the stunning sparkly ensemble on Instagram, she casually dropped into the carousel a screengrab of a NSFW text she sent to her stylist:

“Was this blue outfit expensive because we just cut a hole in the crotch so we could have sex” she texted, with a shrug emoji, at 2:08 AM.

“I hate you,” her stylist responded with three cry laughing emojis, before following up with the promise: “I’ll fix it.”

Fox was clearly high on emotion after MGK’s performance of “Twin Flame” at Sunday night’s ceremony just hours earlier, which he had dedicated to his “wife” as well as their “unborn child” — sparking double speculations.

The couple have been engaged since January of this year, having first me on the set of Randall Emmett’s “Midnight in the Switchgrass” back in March of 2020.

Copulation alterations are just one of the many kinks the twin flames share; Megan recently confirmed the duo occasionally drink each other’s blood… but strictly “for ritual purposes only.”