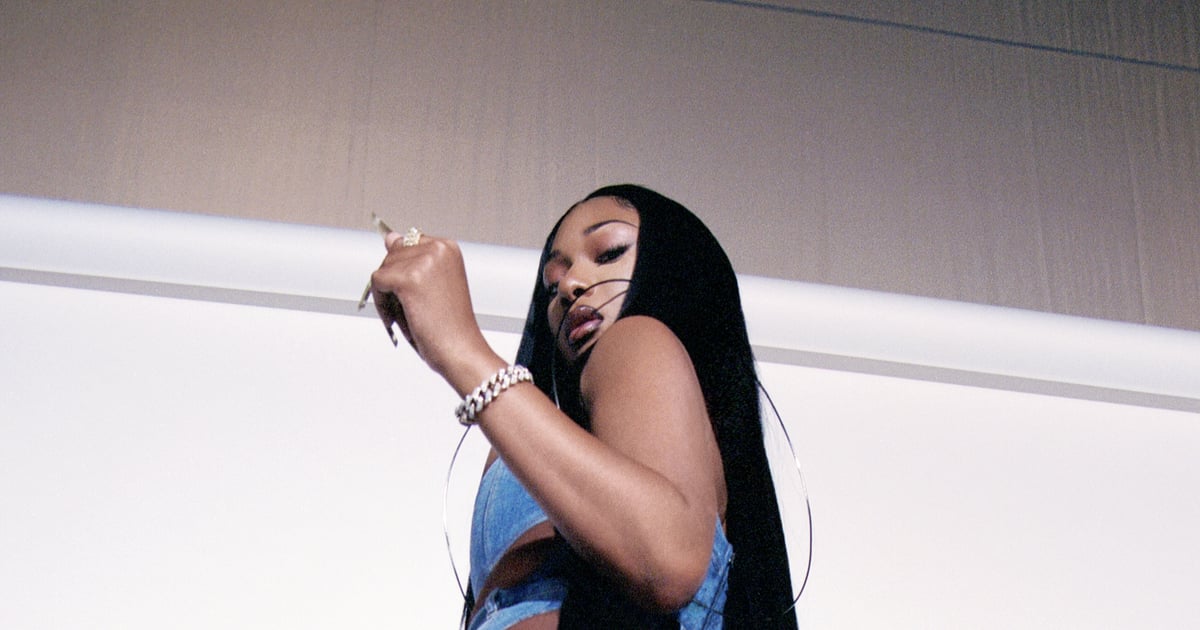 Bella Hadid and Megan Thee Stallion are the stars of Mugler’s latest campaign, boasting the newly released collection. In the promotional fashion film, envisioned by creative director Casey Cadwallader, Hadid is seen walking in a completely sheer black turtleneck bodysuit with star-shaped inserts on each side serving as nipple pasties. She layered a matching see-through miniskirt over the daring garment and accessorized with knee-high socks that stopped at the ankles, along with a pair of black pointy heels.

Megan also modeled a revealing look in the video, which shows her clad in a blue cutout denim bustier attached to matching jeans with large thigh and leg cutouts. The “Sweetest Pie” rapper turns to reveal two unexpected and prominent butt cutouts, which added to the cutting-edge silhouette of the pants. The all-star cast also include the newly married Chloë Sevigny, who donned a sheath dress and, later, an all-black ensemble consisting of shorts and an open blazer layered atop a white corset. The brand ambassadors confidently showcased new Mugler styles, all of which make up the spring/summer 2022 collection.

Paying homage to the boundary-pushing and empowering legacy of the late Thierry Mugler, Cadwallader designed a series of body-sculpting corsets, bodysuits, and leggings with daring cutouts, sheer and ombré body-con minidresses, and separates that are meant to shock the system. There’s also denim fashioned into fierce bustiers and jeans, plus sharply tailored, intricately constructed blazers. There’s a provocative touch to the entire collection, making it apt for nights spent on the dance floor.

Ahead, check out some of our favorite looks from the campaign.