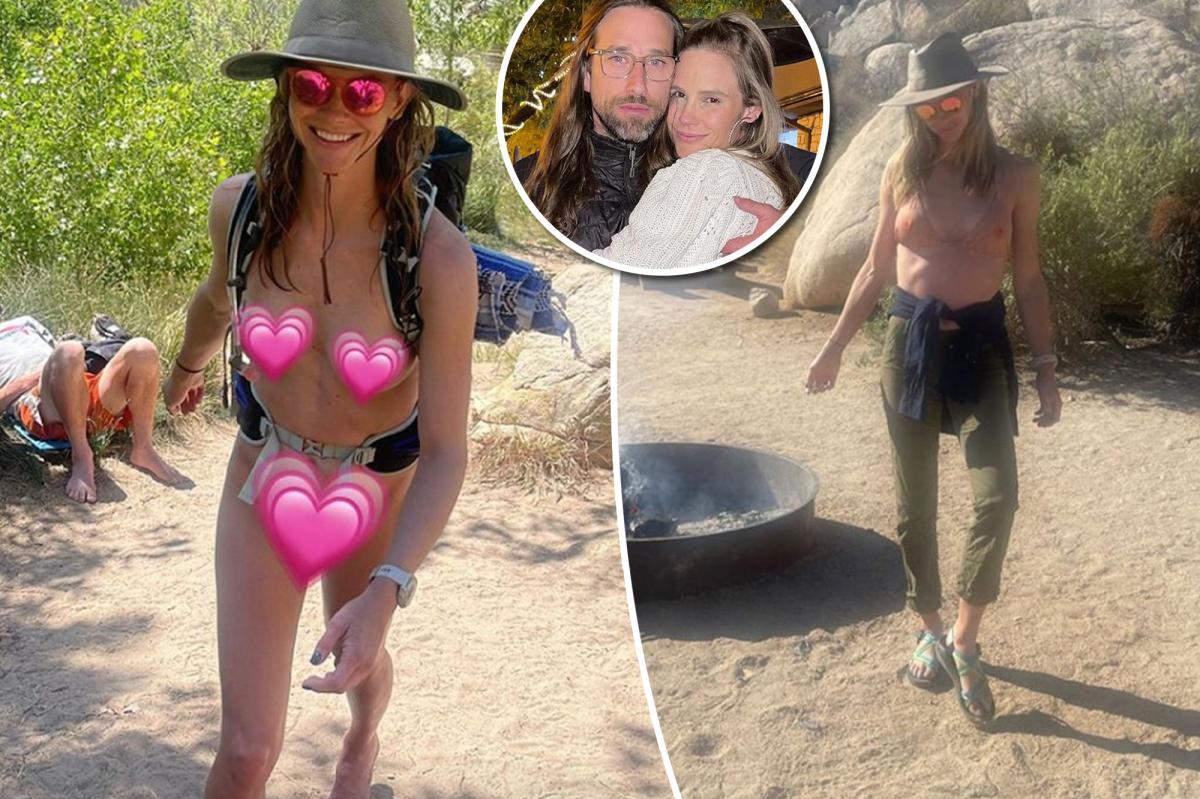 Meghan King is as carefree as they come following her split from President Biden’s nephew, Cuffe Biden Owens.

The “Real Housewives of Orange County” alum shared pics of herself hiking naked during a camping trip in Joshua Tree, Calif.

“Yeah, I did that,” King, 37, captioned an Instagram Story, in which she wore nothing but a pair of sunglasses and a wide-brim hat.

King carried a large backpack with her and used pink heart emojis to strategically censor her intimate areas.

“Took myself off the grid and into the desert to camp for the first time – ever,” she captioned a second snap of herself doing yoga.

“So if I don’t come back come find me in Joshua Tree,” she continued, adding the hashtag “#masterdating.”

The sultry snaps didn’t stop there, however. King also posted a topless selfie after going for a dip in the water, once again using emojis to cover her nipples.

The former reality star has been taking herself out on plenty of solo dates recently, ever since Page Six exclusively revealed that she and Owens split in December 2021.

“I love skiing and I wanted to go,” King wrote via Instagram in January. “But I have my kids so often and none of my friends could meet me here. So what did I do? I took advantage of my kid-free days and booked a trip to Park City, [Utah].”

She continued, “It was a little bit empowering eating alone with my glass of champagne, it was a little bit difficult booking my tickets and carrying all my stuff without help and figuring out logistics, and it was a lot a bit the most satisfying masterdate of my life. … So here’s to me. Here’s to FREAKING ME. I’m doing it! IM DOING IT!”

Late last month, King revealed that her short-lived marriage to Owens, 43, is set to be annulled. She was previously married to Jim Edmonds – with whom she shares kids Aspen, 5, and twins Hart and Hayes, 3 – and Brad McDill.

“I was [first] married when I was 22. Yeah, so I feel like that one didn’t count, you know, that was like a practice,” she said on SiriusXM’s “Jeff Lewis Live.”

“Then I was married to my ex-husband [Jim Edmonds], who I have my kids with, for five years. And that was real. That was a real, legitimate marriage and divorce. And then this last one is gonna be annulled, so I’ve had three weddings and two marriages.”

King also claimed that her relationship with Owens resembled an arranged marriage.

“He said all the right things and the families were a good, good fit,” she shared. “And he seemed to grow up similarly to me and it was almost like an arranged marriage. I felt like, except we chose one another.”