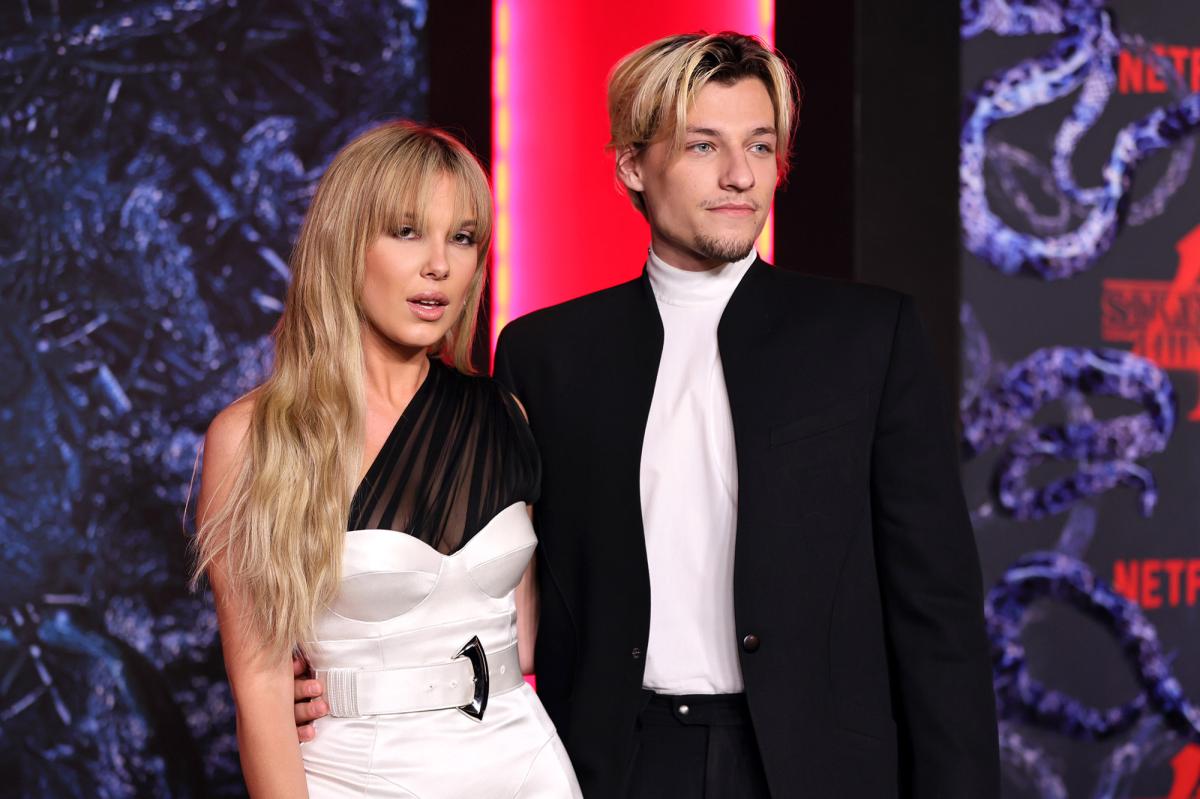 Millie Bobby Brown and boyfriend Jake Bongiovi stole the show at the Season 4 premiere of “Stranger Things” on Saturday.

The actress – who rose to fame for her portrayal of Eleven in the hit Netflix series – turned heads on the red carpet while coordinating ensembles with her beau.

Brown, 18, stunned in a one-shouldered, satin gown, which featured a white bodice, a black mesh overlay and a thigh-high slit.

She completed the look with towering black pumps and her highlighted tresses styled in loose waves with bangs.

Bongiovi, 20, perfectly complemented Brown at the premiere in a black suit jacket, matching trousers and a white turtleneck.

The son of Jon Bon Jovi appeared to be quite the gentleman during the outing, holding Brown’s hand and wrapping his arms around her waist while posing for pics.

Other stars on the red carpet included Caleb McLaughlin, Finn Wolfhard, Sadie Sink, Noah Schnapp and Gaten Matarazzo. Like Brown, they’re all reprising their roles for Season 4 of “Stranger Things,” which drops May 27 on Netflix.

Brown and Bongiovi’s latest outing came just one day after they looked so loved up during a dinner date in the Big Apple.

Pics obtained by the Daily Mail showed Brown, chic in a multi-colored psychedelic cardigan and patchwork denim jeans, hiding underneath an umbrella as they made their way into hotspot Don Angie.

The young couple first sparked dating rumors in the summer of 2021 when they were spotted holding hands in New York. Bongiovi later shared a photo with the actress on Instagram, captioning it, “bff <3.”

The two became Instagram-official in November 2021 when they posed for a snap on the London Eye ferris wheel. They finally made their red carpet debut in March at the 2022 BAFTAs in London.