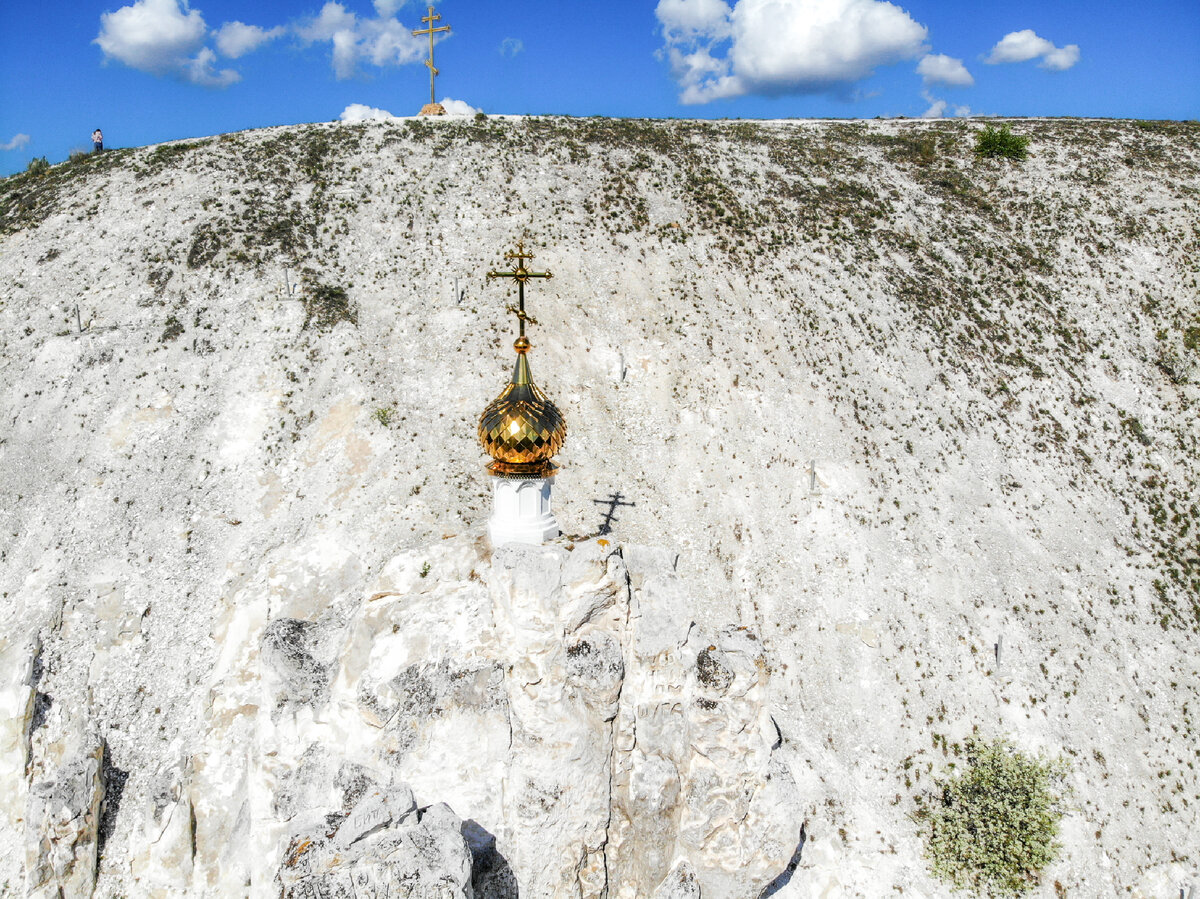 Voronezh region of Russia has many lime rocks and chalk cliffs. It was the place where it made sense to build monasteries right in the rocks. It was rather convenient and cost-effective – no need to get bricks or concrete. Just choose a rock, make a cave and add a cross. And here’s a church!

This is Divnogorskiy monastery that was built according to this very technology – in the cave. It was founded around the 12th century by two Sicilian monks, however the official date of the foundation is 1653.

The tsar of Russia Alexey Mikhailovich received a letter from one monk who described in detail the miserable condition of the monastery on the shore of the Don river that was sufferring from continuous military actions caused by the conflicts between the tsar’s troops and Stepan Razin.

The situation forced the monks to acquire their own means of defence. The monastery had many entries and exits so the monks had places to hide at.

By the end of the 18th century, the monastery had lost its land and closed. By the mid 19th century it had been restored. It was the period when all above-ground structures of the monastery appeared – those we can see today.

In 1924 Divnogorskiy monastery was closed, its territory was used for a health resort and later for a sanatorium. During the war, it became the place for medical evacuation hospitals.