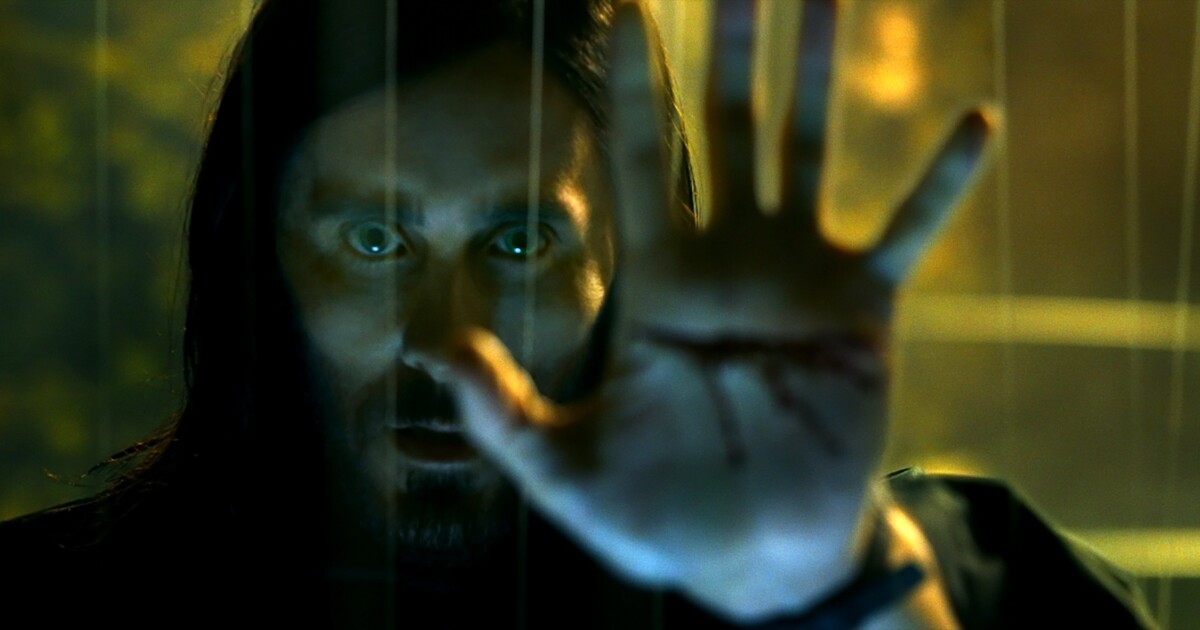 Let us begin by throwing up a wall of garlic to prevent anyone who hasn’t seen “Morbius” from accidentally biting into this spoileriffic discussion of what happens after the credits start rolling.

Spoilers ahead. Don’t read if you haven’t yet seen “Morbius” and want its secrets preserved.

With that out the way … yes, there are not one, but two credits scenes in the new MCU-adjacent, Sony released Spiderverse movie “Morbius.”

It is no secret that Sony has planned for years to make Spider-spinoff movies featuring Spider-Man villains. “Venom” and its sequel have been hits, and “Kraven the Hunter” is coming soon.

As early as 2014, filmmakers such as Drew Goddard were eyeing a “Sinister Six” movie that would spring out of the comics’ collection of Spider-baddies who’ve banded together to whip the wallcrawler. If there can be said to be a classic Sinister Six lineup, it would include Doctor Octopus, the Vulture, Electro, Kraven, Mysterio and Sandman.

The Andrew Garfield-era Spidey movies seemed to pave the way for a lineup that would include Sandman, Electro and The Lizard, for starters. Now the MCU’s “Spider-Man: No Way Home” multiverse fracture has thrown open the doors for pretty much any Spidey villain to wind up in the Six.

Exhibit A: the “Morbius” credits scenes, which reintroduce the MCU’s Vulture/Adrian Toomes (Michael Keaton, from “Spider-Man: Homecoming”) in the Spiderverse.

In the first scene, we see the familiar multiverse rift from “No Way Home” over the New York skyline. Then Toomes (Keaton) finds himself in a prison cell in the continuity of “Morbius,” followed by news reports that he’s sure to be released after having just appeared out of nowhere. One supposes there aren’t any multiversal extradition treaties yet.

In the second scene, which looks very much like a car ad, Morbius the flying vampire (the real Bat-Man?) drives to an undisclosed location in a sweet ride. Toomes, in his full Vulture armor — including the mask that could conveniently excuse Keaton from filming, I’m just saying — shows up, thanks Morbius for meeting him and says they should band together to “do some good.”

Morbius, definitely more hero than villain in this film, says he’s intrigued. No word on how Toomes found that armor in this Spiderverse, when it was crafted from remnants of the Chitauri invasion in the MCU … but that would open a whole can of multiverse continuity worms.

That’s it and there you have it, the first two members of a potential Sinister Six — though in the comics, Morbius is only tangentially linked to versions of the group.

The film “Morbius” also references Venom both in the mention of a disastrous event in San Francisco and by Morbius jokingly calling himself Venom, so presumably these two superdudes know how to find Eddie Brock on the other coast. After all, Toomes found Morbius, whose number is probably unlisted.

Next up for fans cravin’ more of the potential Six: The “Hunter” movie with Aaron Taylor-Johnson in the lead and Oscar winner Ariana DeBose as Calypso. It’s due this coming January.

By the way, neither of these credits scenes are the Morbius-Toomes encounter from the January 2020 trailer, which showed them meeting as they passed in an alley (with Keaton delivering the “What’s up, doc?” line). That scene is not in the current film. Neither is the trailer moment of Morbius passing a Spider-Man poster with “Murderer” graffiti on it (or at least it went unnoticed by Times staffers who saw the film). But, hey, we can all be glad the film also dropped that egregious misuse of Beethoven’s “Für Elise.”

And one last Easter egg: It’s not likely that the “school for gifted” kids Morbius gets sent to in New York is that School for Gifted Youngsters. Before he goes all mad scientist on himself, he doesn’t fit Charles Xavier’s school’s demographic: Mutants.