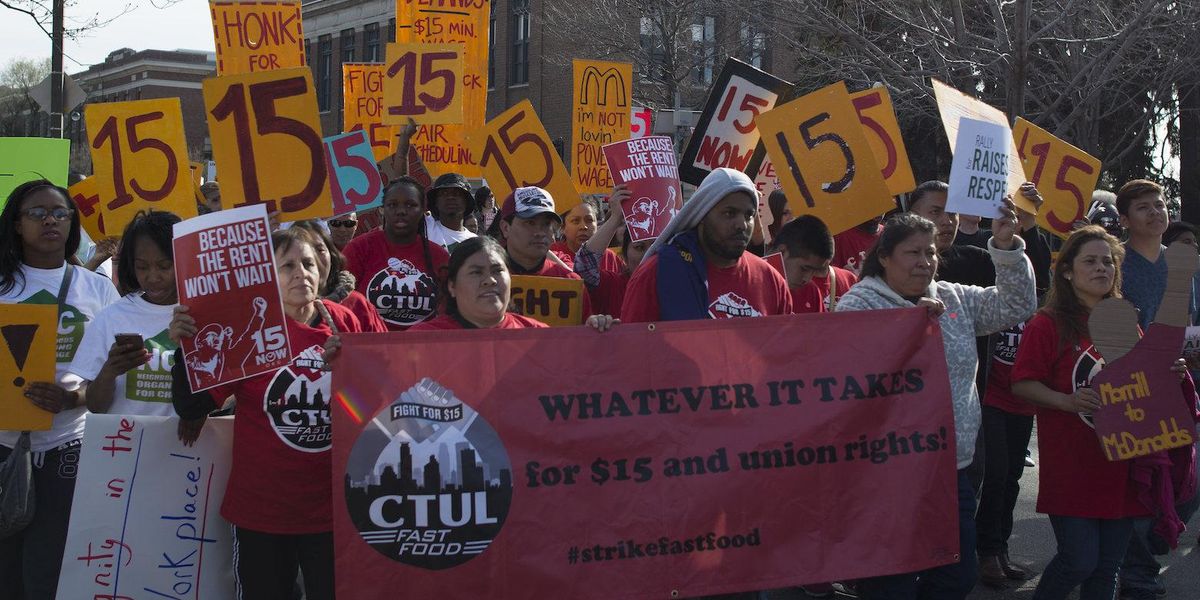 Advocates pushing to raise California’s minimum wage to $18 an hour heralded a key development Thursday as they began submitting more than one million signatures to get the Living Wage Act on the November ballot, easily surpassing the roughly 623,000 required.

“California Voters have been clear: people working full time should be able to afford life’s basic needs,” said anti-poverty activist Joe Sanberg, who filed the ballot initiative, in a statement.

The state’s current minimum wage for employers, $15 an hour, was implemented just this year, though the wage drops to $14 an hour for companies with fewer than 26 employees.

“Californians simply cannot afford to support a family on the current minimum wage—which amounts to just $32,000 a year for someone working full-time,” he said. “Raising the minimum wage in the Golden State is a moral imperative.”

If the Living Wage Act passes in November, it would increase the minimum wage incrementally, boosting it $1 per year until reaching $18 on January 1, 2025 for employers with 26 or more workers. Employers with fewer workers have an additional year to hit that minimum wage.

Thereafter, the minimum wage for all employees would also increase over time to keep pace with inflation and the cost of living.

Sanberg estimates that wage increase could mean an additional $6,420 per year for more than 5 million workers.

Beyond organizational backers like the California Faculty Association, Unite Here Local 11, and SEIU Local 87, the proposal appears to have strong public support.

Supporters of the ballot initiative point to a survey conducted last month of 1,200 likely voters in the state showing 76% in favor of raising the wage.

“Raising the minimum wage,” said California Labor Federation executive secretary-treasurer Art Pulaski, “is one of the strongest anti-poverty measures we have as a state.”

“For low-wage workers, a higher minimum wage is life-changing,” he said. “Better wages for workers also means they have more to spend at local businesses in our communities. If we’re serious about combating poverty and reducing inequality, raising the minimum wage is an absolute necessity.”

According to Sanberg, successful passage of the initiative could reverberate nationwide.

“Not only are we going to give 6M+ California workers a raise,” he tweeted Thursday, “we’re going to set a new bar for working people all over the country.”