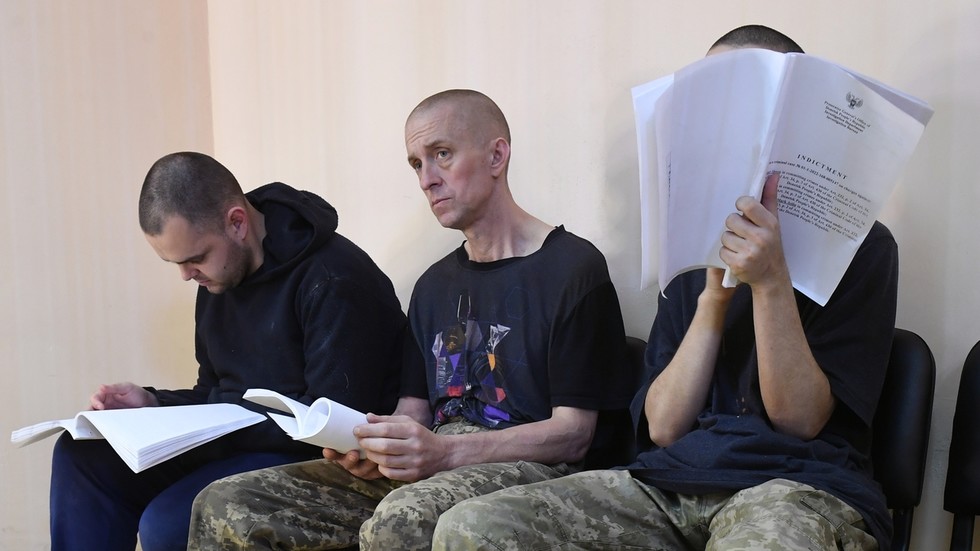 Russia has rebuked Britain for its reaction to the death sentences passed by the Donetsk People’s Republic (DPR) on two British nationals, who were captured while fighting for Ukraine. In a statement from the Russian foreign ministry, Moscow rejected the claim that the two were combatants, who should be treated as prisoners of war, stating that Aiden Aslin and Shaun Pinner were mercenaries.

The two fighters were tried alongside Saadun Ibrahim who is Moroccan. The DPR supreme court found all three guilty of a number of crimes related to their activities while fighting on the side of Ukrainian troops. British Foreign Secretary Liz Truss described the sentence as a “sham judgment with absolutely no legitimacy”.

The statement released by the Russian foreign ministry said the reaction to the sentence by UK officials was “bordering on hysterics.” Russia rejected British claims that the two fighters were protected as combatants under the Geneva Conventions, siding with the DPR assessment of their status.

“They are mercenaries and not prisoners of war. Mercenaries sent by the West to assist the nationalist regime in Kiev are not combatants and are not entitled to the status of prisoner of war under international humanitarian law,” Foreign Ministry spokeswoman Maria Zakharova said in the statement.


The Geneva Conventions specifically deny mercenaries the status of lawful combatants, which is granted to regular troops in an armed conflict.

Russia claims that London failed to use proper diplomatic channels to communicate with Moscow about the fate of Aslin and Pinner. Neither did they talk to the government of the DPR on the issue, Zakharova noted. Now the British government “is trying to solve problems with loud statements,” she added.

The DPR was established as a rebel force in Ukraine’s Donetsk region, which rejected the 2014 armed coup in Kiev and took up arms after the new Ukrainian government sent the military to take control of Donetsk. Together with allied rebels in the Lugansk region, they fought a bloody war against Ukrainian forces, securing a chunk of the two regions’ territories.

Russia recognized the breakaway republics as independent nations after years of failed attempts to reconcile Donetsk and Lugansk with Kiev and reintegrate them as autonomous regions. Moscow said Kiev stonewalled the peace process and claimed it was preparing to retake them by force before Russia launched its own attack against Ukraine in late February.

DPR officials said that the three foreign fighters may appeal the ruling before it comes into force next month, which their legal representatives said they intend to do. They can also appeal for clemency.