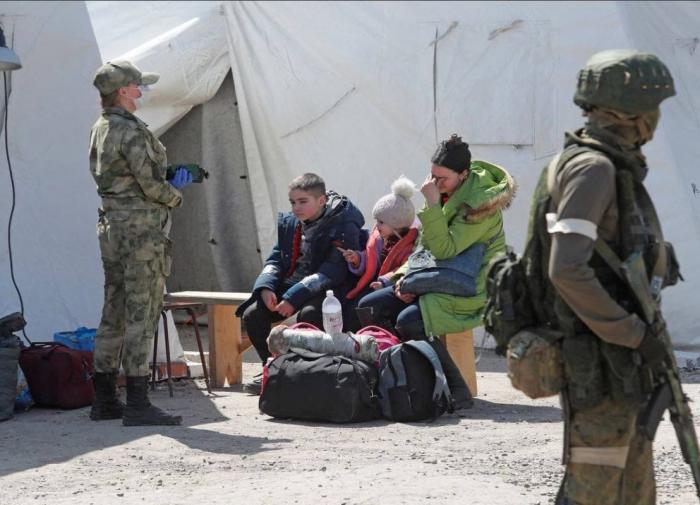 The conditions that the Ukrainian military at Azovstal announced to Russia to exchange civilians for food and medications could be compared to how Syrian terrorists negotiated, Putin’s official spokesman Dmitry Peskov told reporters, TASS reports.

According to Peskov, terrorists in Syria also asked for medicine and food in exchange for civilians.

The Russian military continues the blockade of Azovstal steel works, but there are humanitarian corridors operating in the area of ​​the industrial zone, Peskov noted.

Putin gives no other orders in relation to Azovstal

Russian President Vladimir Putin did not give new orders in relation to the Azovstal steel works in Mariupol, Dmitry Peskov said.

Putin’s previous orders in relation to the operation to take Azovstal steel works are still in effect, the Kremlin spokesman said.

On April 21, Putin ordered to cancel the storming of Azovstal and called it inexpedient. Putin said that he wanted to save the lives of the Russian military men. Later, Putin gave guarantees of life to all those who laid down their arms on the territory of the enterprise.

Earlier, the Russian Ministry of Defense announced the opening of a humanitarian corridor on May 5, 6 and 7 for the evacuation of civilians from the territory of Azovstal. During this period, the Russian Armed Forces, together with the troops of the Donetsk People’s Republic (DPR), will cease any hostilities. All units will be withdrawn to a safe distance.

USA sends intelligence data to Kiev, but Russia knows it

Intelligence data that the West is transmitting to Ukraine will not prevent Russia from achieving the goals of the special operation, Kremlin spokesman Dmitry Peskov also said.

Earlier, The New York Times reported that the United States delivered intelligence information to Ukraine. Kiev subsequently used the data for attacks against the Russian military. Reporters asked Peskov whether Moscow considered this information reliable or not.

“The Russian military are well aware that the United States, Great Britain and NATO members transmit intelligence and other parameters to the Ukrainian Armed Forces on a permanent basis. All these actions, coupled with the flow of weapons that those countries and alliances are sending to Ukraine, do not contribute to the quick completion of the operation. At the same time, they can not hinder the achievement of the goals of the special military operation,” Peskov said.