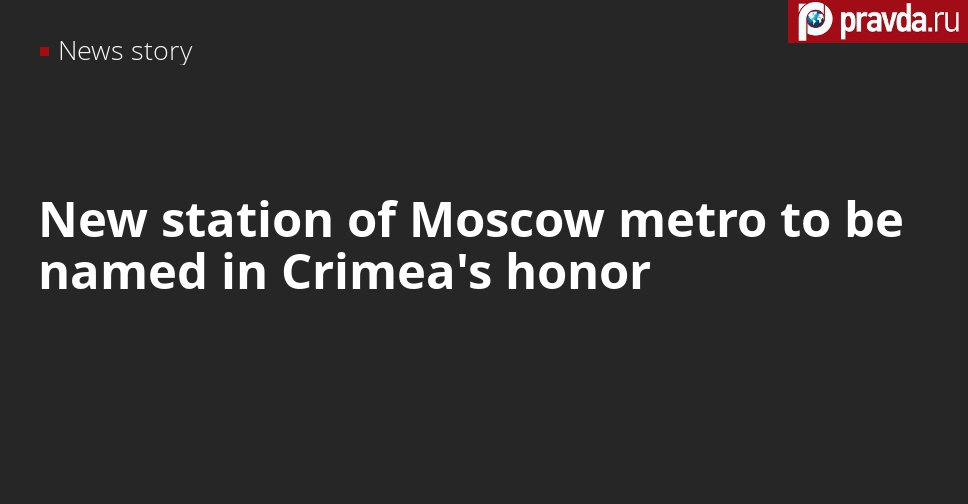 The new station of the Moscow metro will be called in Crimea’s honor — ‘Krymskaya’ which translates into English as ‘Crimean.’ The new station will be designed in colours of steel. The ceiling and main columns will be made of aluminum honeycomb boards, whereas the walls and the floor will be decorated with granite slabs in light grey colours with dark patches.

Moscow’s Committee for Architecture has approved the design of the new Krymskaya station of the Troitskaya line of the Moscow metro, the press service of the department reported on September 27. The platform part of the station will be decorated with floating lamps designed in the shape of seagulls and sails, which, according to the authors of the project, are associated with the Crimean sea coast.


“Two artistic compositions “Crimea — the connection of times from antiquity to the present day” will be installed above the escalators,” Moscow’s chief architect Sergei Kuznetsov said.


The compositions will be installed at a short distance from background pictures applied to aluminum honeycomb panels that will decorate the rest of the station hall. The Krymskaya station will have one ground lobby, which will be designed in matching colours.

The Krymskaya station of the Troitskaya branch will become a transfer station to the station of the Moscow Central Circle (MCC), which is located at the intersection of Sevastopolsky Prospekt and Sverzhevsky Street.

In early September, Moscow Mayor Sergei Sobyanin approved a project for the construction of the head section of the Troitskaya metro line from the Sevastopolskiy Prospekt station to the ZIL station. This will make it possible to build a new large transport hub for passengers of the Moscow Central Circle.