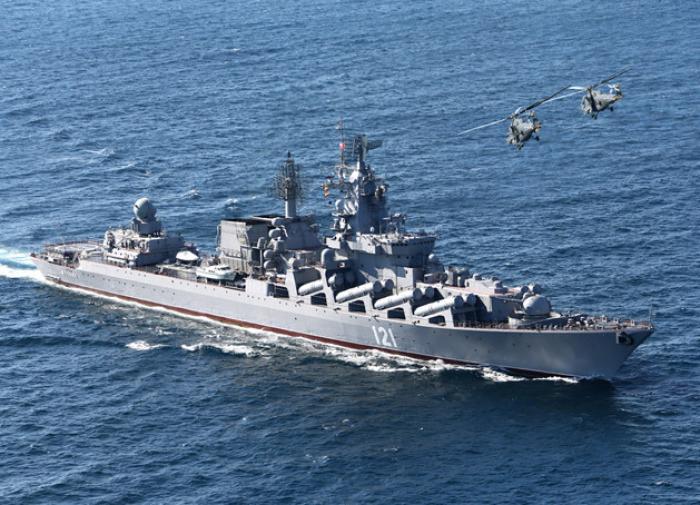 The Moskva missile cruiser of the Black Sea Fleet of the Russian Navy, which was “seriously damaged” as a result of an ammo explosion and ensuing fire, as the Defence Ministry earlier said, sank while being towed during a storm.

The ship has lost her stability, the heeling resistance that is, and ability to maintain balance, TASS reports with reference to the Defence Ministry.

“During the towing of the Moskva missile cruiser to the port of destination, due to the damage to the hull that the ship suffered during the fire and ammo explosion, the ship lost her stability. The ship sank during a storm,” the Defence Ministry said.

The entire crew of the cruiser was evacuated to the ships of the Black Sea Fleet in the area.

The fire on board the Moskva cruiser occurred on April 14 at night. The location of the incident was not disclosed. Representatives for the Defence Ministry said that the ship was seriously damaged as a result of the detonation of ammunition. The cause of the fire was to be established.

The ministry later said that the main missile armament of the ship was not damaged, the cruiser remained buoyant, while the crew was evacuated. The source of the fire was subsequently localized, and measures were taken to transport the ship to the port.