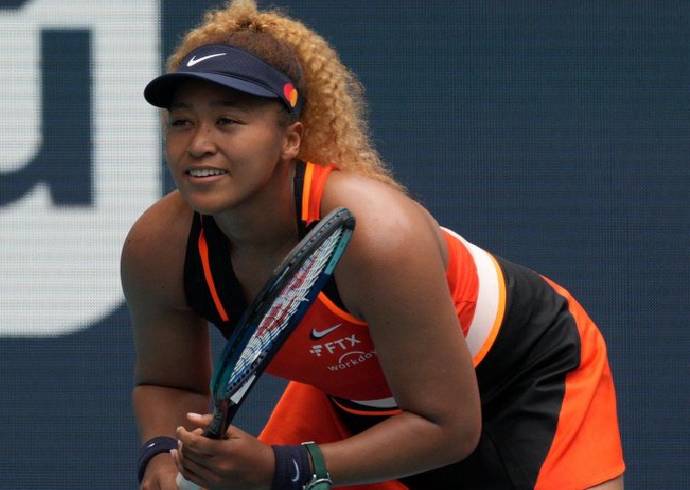 Madrid Open LIVE: Naomi Osaka is all set to make her clay court debut this season as she takes on qualifier Anastasia Potapova in the first round of the Madrid Masters on Friday (29 April). Osaka who finsihed as the runner-up at Miami Open, makes a return to the circuit at Marid after a short break. Follow InsideSport.IN for more updates.

The Japanese said her focus was on the positive ahead of the Madrid Open beginning this week. “I would say that filtering the negativity from a minority is something that I’m getting better doing. I’m doing mental exercises to focus on the positive,” Osaka said.

She also said that the Indian Wells experience allowed her another opportunity to grow as she looks to recover her world number one ranking, having slipped to 36 since taking a break from tennis following her upset loss at last year’s U.S. Open.

Osaka vs Potapova Head-to-Head: This will be the first meeting between both the players. Their head-to-head record stands 0-0 at the moment, despite Potapova enterring the tournament after winning a title, Osaka is the favourite in the upcoming contest.

Clay is not Osaka’s strongest surface as she has never gone beyond the third round at the French Open. However, she said she was not setting any targets ahead of the Grand Slam at Roland Garros next month.

“I’m taking one tournament at a time,” Osaka said. “Of course, I want to win matches and reach the semis either here in Madrid or in Rome (Italian Open), hopefully win, but I’ll set little goals first.”