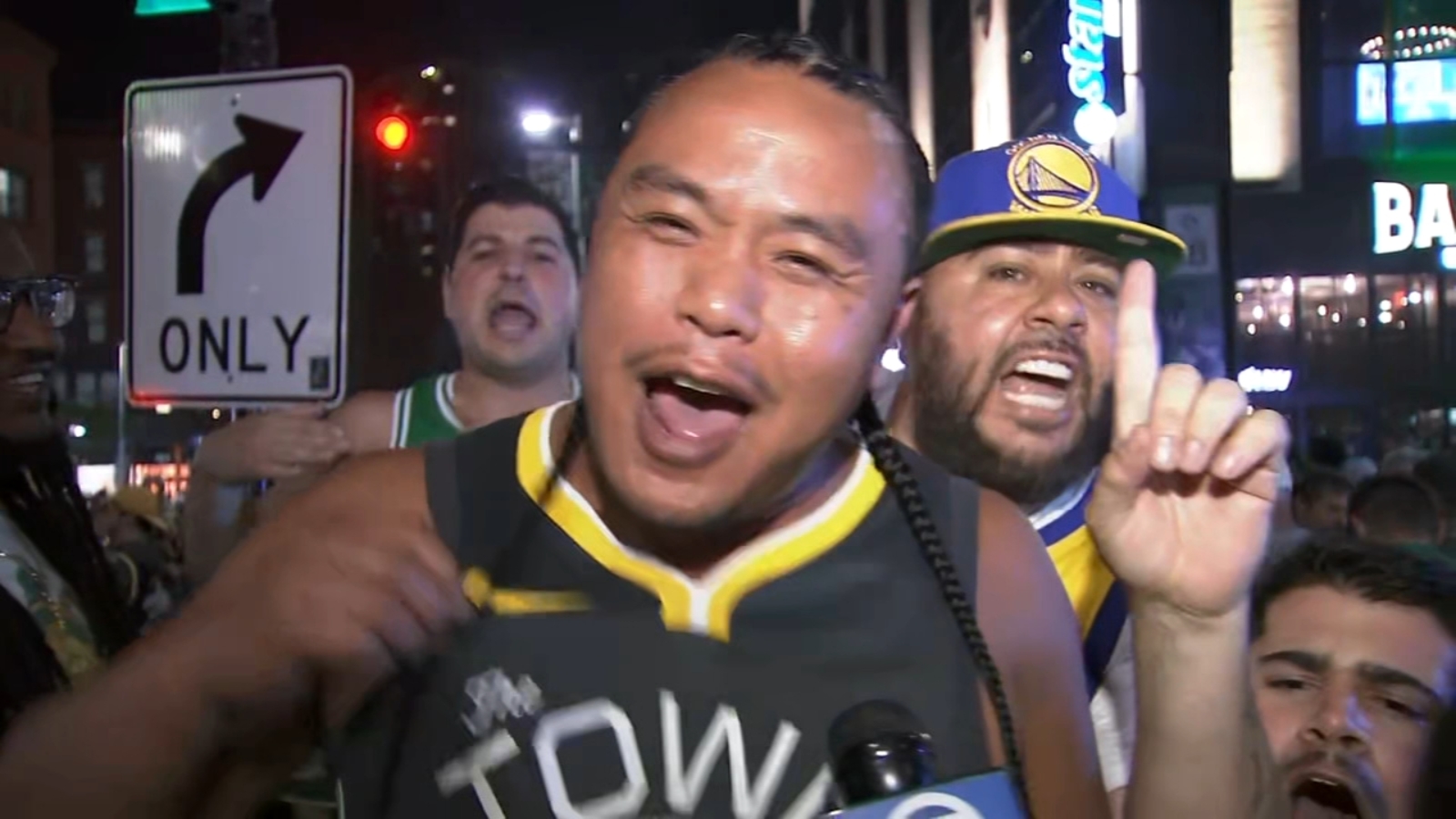 In Boston, it was the kind of night.

“We’re still strong,” said a Warriors fan as a Celtics fan cut in saying, “I will mention one thing the Celtics killed it tonight!”

Every Warriors fan we interview.

Was interrupted after the game. Boston Celtics fans living the high life as the team is now up 2 to 1 in the series.

And unfortunately Boston did just that, but not without Warriors fans from around the country and the Bay, making the trip to Boston.

“It’s so special, really excited to come here to a city like Boston because of the history and the history of the Boston Celtics!”

That from Marcus Huffman who has worked for the Warriors organization for 34 years and is the director of Broadcast Operations. He was one of dozens of Dubs employees who was flown out to Boston on a chartered plane.

Ownership offered to fly out all full-time workers to either Game 3 or Game 4.

“Joe and Peter have not only committed to the team and the organization, but also the employees, so we’re very grateful but we don’t take it for granted- it’s a pretty exciting experience,” said Don Moffett who has worked for the Warriors for 24 years.

And fact is, it takes four wins to take the series so while Boston fans maybe excited.

And dancing it up.

Dubs fans we talked with, well aware, and confident.

“We’re good, I’m not about it, we have a lot more fans that were at here than Celtics fans at Chase Center so like not too mad about it,” said Warriors fan and employee Taylor Dennison.