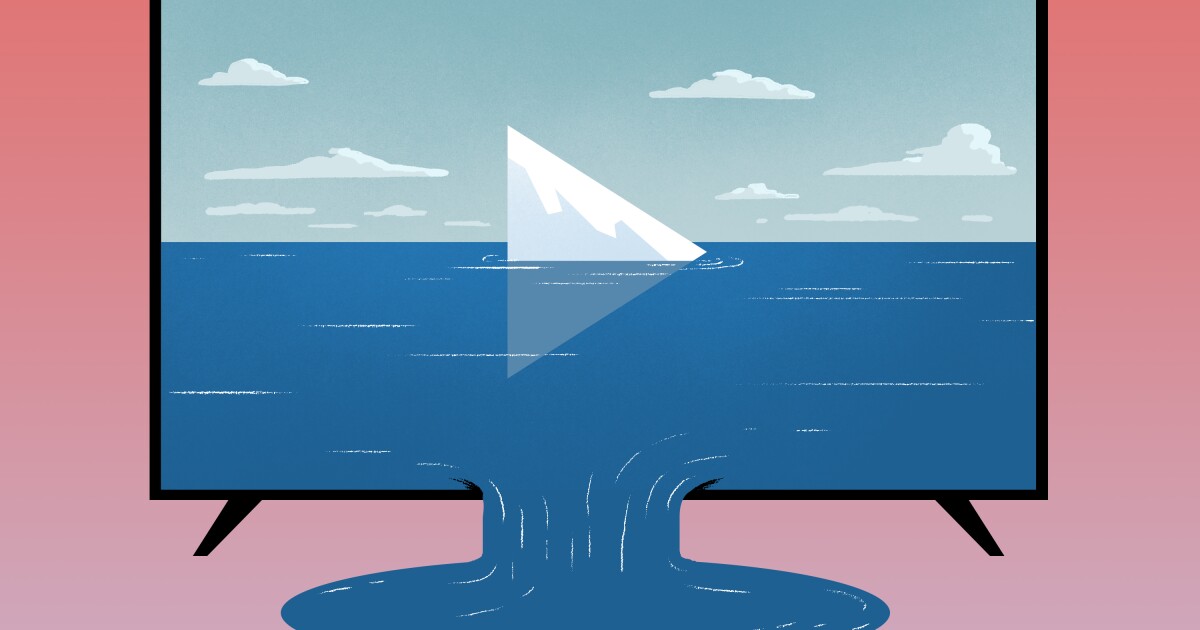 The recent revelation that streaming behemoth Netflix lost subscribers for the first time in more than 10 years stunned Wall Street, spurring a massive sell-off of the company’s stock.

Inflation, subscription price increases, more competition, password sharing and the war in Ukraine were factors in the surprise announcement in the company’s first-quarter earnings. Still, it forced analysts to ponder whether the media companies going toe-to-toe with Netflix will rethink the billions of dollars they are investing in their own services.

“The business model isn’t as attractive as once thought due to the intensifying competition for time, attention and consumer spending,” wrote Robert Fishman and Michael Nathanson of MoffettNathanson in a recent report. The firm recently lowered its target stock price for Walt Disney Co., Paramount Global and AMC Networks.

While streaming may not be the shiniest object on the stock market anymore, there is no putting the genie back in the bottle. Consumers love the convenience, choice and quality that streaming provides to their TV viewing experience.

But in order to sustain these services, companies will have to depend more on some of the revenue-generating methods that served the traditional TV business well for decades, such as advertising and the sale of programs to other broadcast and cable outlets after they run on streaming. Even the bundling of streaming services — similar to the way cable packages are marketed — is coming from broadband internet providers.

“What we’re seeing right now is kind of a turning point for all the platforms to realize that just continuing to try to go get new customers by spending a lot of money on original content is eventually going to run out of steam,” said Kevin Westcott, a vice chair and U.S. technology, media and telecom leader at Deloitte.

Notwithstanding Netflix’s slowdown, overall growth in streaming continues to be robust. Data from the Convergence Research Group show there were 89 million streaming subscriptions added in the U.S. in 2021, and another 77 million are forecast for this year.

“The numbers are still growing like gangbusters,” said Convergence Research President Brahm Eiley. “It will be a very buoyant business for a long time.”

One reason: consumers continue to ditch or bypass legacy cable TV at a rapid pace. The number of pay-TV subscribers dropped by 6.5 million in 2021, with another 7 million expected to cut the cord in 2022.

The growth comes at a high price, with Netflix spending $18 billion on content this year, setting a high bar for the competition. Walt Disney Co. is committing $11 billion to streaming content, as part of its overall $26-billion budget for TV and film production.

Several executives at Netflix’s competitors, who spoke to The Times on the condition of anonymity, say they are keeping their foot on the gas when it comes to spending. They added millions of subscribers in the same quarterly period that Netflix saw declines. (Warner Bros. Discovery picked up 3 million subscribers for HBO Max in the first quarter of 2021, while Paramount Global netted 6.8 million for its services.)

Of course, any notion of cutting back on program expenses comes with the risk that other rivals will not let up. Disarmament does not appear to be an option in the streaming wars.

“Indeed if one company did decide to individually pare back on spending, there is no clear case that others will indeed follow — especially the likes of Apple and Amazon,” Fishman and Nathanson wrote.

Eiley noted that major media companies can afford to be patient as they don’t expect their streaming operations to be profitable until 2024 or 2025.

Still, there are limits. Warner Bros. Discovery shuttered CNN’s streaming service just days after taking ownership of the network as the newly merged company did not want the hundreds of millions in costs on its books.

At the same time, competitors are hoping the downturn at Netflix will force the company rethink its free-spending ways and bring some relief to the rest of the industry. Netflix has already started to cut back on some projects and its competitors believe they have seen the last of the company’s massive overall production deals (including $300 million for Ryan Murphy).

While some industry analysts believes subscription prices will continue to rise, companies are looking to provide alternative revenue sources to ensure hikes are not the only route to growth.

Netflix customers have grown accustomed to watching shows without commercials. But some might be willing to put up with ads in return for a subscription offered at a lower price, which Netflix Co-Chief Executive Reed Hastings said is now under consideration. The streamer said it was testing features that would allow its subscribers in Chile, Costa Rica and Peru to add up to two users outside of their household, for an additional $2 or $3 per account.

In the U.S., about 60% of customers surveyed by Deloitte said they would prefer an ad-supported streaming option, Westcott said, noting that cost is a top reason why people cancel a streaming service.

Peacock, HBO Max and Paramount+ already have ad-supported versions of their services and Disney+ has announced plans to launch a similar tier as well. Amazon has rechristened its free ad-supported streaming service IMDb TV as Amazon Freevee.

“We’re committed to meeting customers where they are and delivering content in the way they want to watch,” Jennifer Salke, head of Amazon Studios, said at Amazon’s recent presentation to advertisers in New York.

Product placements are already making their way into streaming shows. Amazon’s presentation also touted how advertisers can have their wares digitally inserted into existing programs.

Another change: Executives expect Netflix and others to start selling programs to cable and broadcast channels, rather than keeping them behind a subscription paywall indefinitely.

“You have to be able to sell your shows,” said a veteran TV executive who works for one of the streaming companies. “One company can’t take on all of the cost of these shows.”

While binge-watching remains a national pastime, companies are also seeing a need to prolong the shelf life of popular shows. Some streamers have moved away from dropping all episodes of an entire series at once and are releasing one episode a week, similar to traditional television.

“People talk about it in their social media or with their friends and build momentum,” Westcott said, adding it could grow the show’s audience and keep people engaged longer.

Such measures are a response to a savvier consumer, who can opt out of streaming service with a few clicks, a far cry from the days of waiting for a cable company employees to show up at your home.

As a result, public enemy No. 1 for streaming services is churn, the measurement of customers canceling their subscriptions.

Younger, technologically savvy consumers are more apt to quickly cancel plans after their favorite series airs, and then join a rival service, analysts said. The average churn rate in the U.S. is 37% and is even higher for Gen Z (people born between 1997 and 2007) and Millennials (people born between 1983 and 1996), at 50%, according to Deloitte.

“What the behavior is of those younger generations is they’re subscribing to the service to get that original content, they’re watching it, then they’re canceling that service and moving off,” Westcott said, adding the average household has four video subscriptions. “What we see is, people are switching in and out all the time. That’s a very costly model for the streamers.”

Streamers are also adding more pieces of entertainment to be included with a subscription.

For example, Netflix has been investing in mobile games and has acquired several game-related companies. Churn rates on game subscriptions tend to be lower than video, in part because younger generations of consumers enjoy interacting with people on games and they build their social circles around that, Westcott said.

While streaming platforms try to mitigate rising costs and present more options for consumers, the ultimate goal of being among the five or six top choices for the subscription dollars remains the same.

A half a dozen services is considered the high end of the number of subscriptions households are willing to take on (those that don’t make the cut could find themselves looking for merger partners). Being included in that select group will become more crucial, as the next step in the streaming business is the packaging of services that can be marketed and sold by broadband service providers to consumers, presumably at a discount.

The concept, expected to roll out this year, sounds like a new version of the cable bundle. In television, the old rules for making money always have a way of coming back.