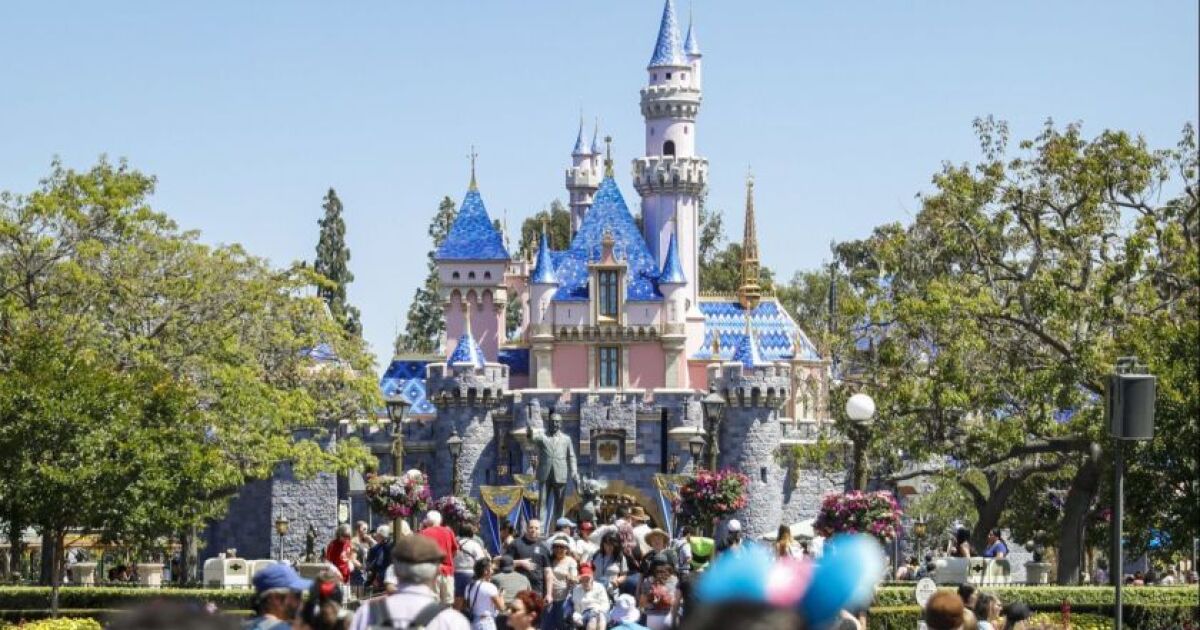 Amid an extraordinary period of controversy that has engulfed Walt Disney Co., the person responsible for protecting the entertainment giant’s public image is out after just three months in the job.

But that’s exactly where Disney has struggled mightily in recent weeks, as the company deals with billowing consequences for its response to Florida’s Parental Rights in Education law, which critics derisively nicknamed “Don’t Say Gay” legislation.

“After three months in this new role, it has become clear to me that for a number of reasons it is not the right fit,” Morrell said in a Friday email to staff. “After talking this over with Bob, I have decided to leave the company to pursue other opportunities.”

As chief corporate affairs officer, Morrell not only oversaw the company’s public relations, but was also responsible for its dealings with government and its environmental and social responsibility strategies.

Morrell’s hiring was widely seen as a chance to reset from the era of Zenia Mucha, who was known for her fierce approach to defending Disney from critical reporters. For Disney, the world’s best known entertainment brand, image is no small thing.

But Disney leadership badly misread the situation in Florida in ways that continue to have ripple effects. After Disney declared its “goal as a company” was to see the repeal of the Sunshine State’s Republican-backed law, Gov. Ron DeSantis moved quickly to have Disney’s special self-governing status near Orlando revoked.

Legislators in a special session voted to dissolve the Reedy Creek Improvement District, which was created by a 1967 law that gives Disney extraordinary powers in the land that’s home to Walt Disney World. Under the bill signed by DeSantis last week, the district in Central Florida would be eliminated on June 1 of next year.

Disney’s current problems stem from its initial response to the parental rights legislation, which bans classroom instruction on sexual orientation and gender identity in kindergarten through Grade 3.

Supporters see the restrictions as reasonable measures to protect kids from concepts they’re not ready for. LGBTQ activists and allies see it as an attack on gay and trans youth and teachers.

Chapek initially resisted publicly condemning the bill, despite internal pressure from employees. His first statement to staff — that corporate statements do little good and would turn Disney into a “political football” — backfired, provoking public protests from some employees.

Chapek later apologized, and promised to pause political donations in the state of Florida as the company reevaluated its advocacy policies.

Hollywood insiders had been speculating how long Morrell would last in the job as the controversies metastasized. His choice was considered a surprising pick by some, coming from the corporate communications job at oil company BP and moving from London to Los Angeles to take the Disney position. While at BP, Morrell was tasked with burnishing the company’s reputation after the 2010 Deepwater Horizon oil catastrophe.

In an early blunder at Disney, Morrell posted to social media the opening date of the EPCOT roller coaster Guardians of the Galaxy: Cosmic Rewind. He deleted the post.

Morrell previously served as Pentagon press secretary and deputy assistant secretary of Defense for public affairs, serving as the chief spokesman for Defense Secretary Robert Gates and the U.S. military. He was appointed by President George W. Bush and continued to serve under President Obama.

“Fortunately, the strength and experience of our existing leadership team — including relatively new all-star hires — means there is no shortage of talent to guide our reputation-driving functions,” Chapek said in an email to employees.

Since Chapek took the CEO job in February 2020, his reputation has suffered from comparisons to his smooth predecessor, Bob Iger. Chapek has struggled to ingratiate himself with Hollywood’s notoriously clubby culture of creatives and the reporters who cover them.