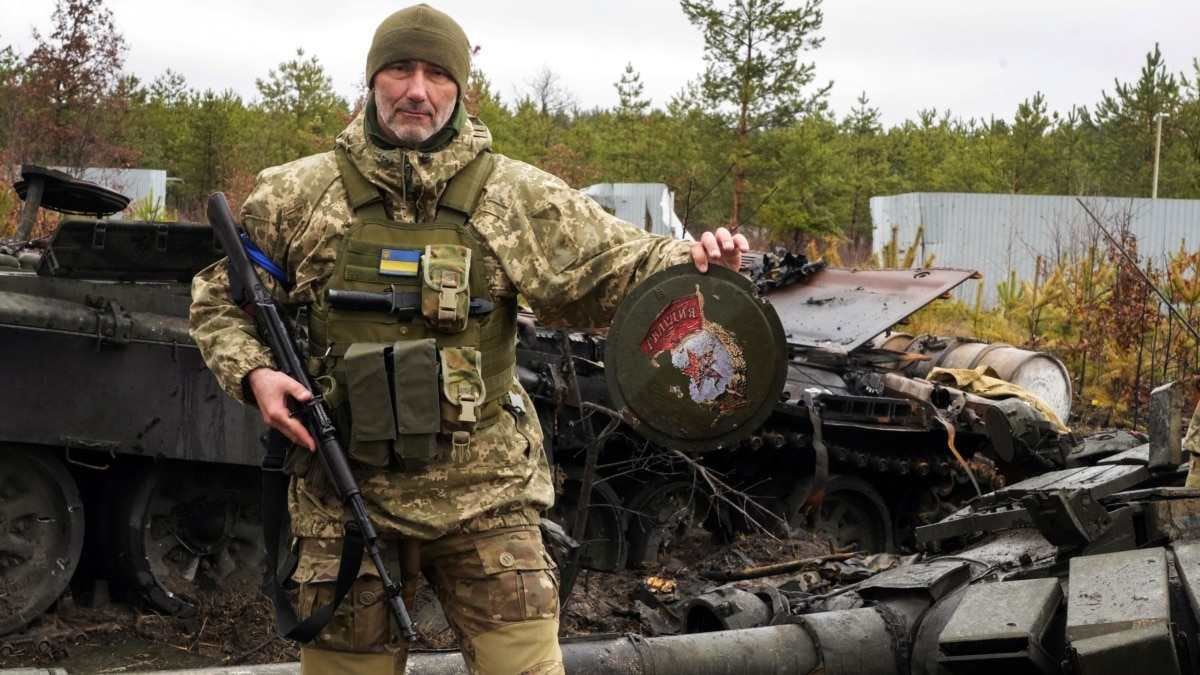 Two people were killed and several wounded on April 10 by Russian shelling in the Ukrainian town of Derhachy in the northeastern Kharkiv region, regional Governor Oleh Synyehubov said in a Facebook post. He said that Russian forces had carried out 66 artillery attacks across several regions, causing civilian casualties.

“The Russian Army continues to ‘fight’ with the civilian population, because it has no victories at the front,” Synyehubov added.

RFE/RL’s Live Briefing gives you all of the major developments on Russia’s invasion, how Kyiv is fighting back, the plight of civilians, and Western reaction. For all of RFE/RL’s coverage of the war, click here.

A school and a high-rise apartment building were shelled in the city of Sievierodonetsk in the besieged region of Luhansk, provincial Governor Serhiy Hayday wrote on Telegram.

Ukraine says Russia is regrouping after withdrawing from outskirts of the capital, Kyiv, to try to gain full control of the eastern regions of Donetsk and Luhansk, partly held by Russian-backed separatists since 2014.

The Russian armed forces, which suffered major troop losses in Ukraine, have also been seeking to strengthen troop numbers with personnel discharged from military service since 2012, British military intelligence said on April 10.

It said the Russian forces’ efforts to boost their fighting power also includes trying to recruit from Moldova’s breakaway region of Transdniester.

Last week, the Kremlin admitted for the first time that Russia has suffered a “significant losses of troops” during what it calls a “special operation” in Ukraine.

Ukrainian President Volodymyr Zelenskiy renewed his plea for more weapons ahead of an expected surge in fighting in the country’s east. Zelenskiy said on Twitter on April 10 that he had spoken on the phone with German Chancellor Olaf Scholz to discuss fresh defense and financial support for his country, as well as the possibility of additional sanctions on Russia.

But the president has also said that he is committed to pressing for peace despite Russian attacks on Ukrainian civilians that sparked outrage in the world.

“We have to fight, but fight for life. You can’t fight for dust when there is nothing and no people. That’s why it is important to stop this war,” Zelenskiy said in an interview with the Associated Press on April 9, a day after at least 52 people were killed in a Russian rocket strike on a train station in the city of Kramatorsk, packed with civilians trying to flee.

“No one wants to negotiate with a person or people who tortured this nation. It’s all understandable. And as a man, as a father, I understand this very well,” Zelenskiy said. But “we don’t want to lose opportunities, if we have them, for a diplomatic solution.”

Zelenskiy said he is confident that Ukrainians would accept peace despite the horrors they have witnessed in Russia’s unprovoked war in their country.

Those included gruesome images of bodies of civilians found in yards and streets and buried in mass graves in the town of Bucha near Kyiv after Russian troops withdrew.

A Ukrainian official said on April 10 that a mass grave containing dozens of bodies of civilians has been found in the village of Buzova near Kyiv.

WATCH: A Current Time correspondent asked people on the streets of Moscow and Arkhangelsk what Russia had achieved after six weeks of war in Ukraine. Most repeated the Kremlin line, as they hear it on Russian media, but a few offered radically different answers.

Ukraine’s Deputy Prime Minister Iryna Vereshchuk said on April 10 that Kyiv had agreed the use of nine humanitarian corridors to help people to escape heavy fighting in the east of the country.

“All the routes for the humanitarian corridors in the Luhansk region will work as long as there is a cease-fire by the occupying Russian troops,” Vereshchuk said in a statement on her Telegram channel.

Residents of the besieged region of Luhansk would have nine trains on April 10 to use for evacuations, the region’s governor, Serhiy Hayday, announced on Telegram.

On April 9, British Prime Minister Boris Johnson arrived in Kyiv in a surprise visit to meet with Zelenskiy in what Downing Street called a “show of solidarity” as fears grow of a possible new Russian offensive in the east.

Standing next to Zelenskiy at a joint news conference, Johnson said that Russian President Vladimir Putin had “permanently polluted” his reputation and that of Russia with Moscow’s actions in Ukraine, including deadly attacks on civilians in what many people are calling war crimes.

“What Putin has done in places like Bucha and Irpin is war crimes that have permanently polluted his reputation and the reputation of his government,” Johnson said.

During his meetings, Johnson pledged to provide an additional 120 armored vehicles and new anti-ship missiles for Ukraine as he praised the performance of Kyiv’s military and its civilian defenders.

Johnson’s trip, which was not pre-announced, is the most high-profile visit to Ukraine in a recent series of arrivals by European officials following the retreat of Russian forces from the region around the capital.

Russian forces faced stronger-than-expected resistance by Ukrainian forces and civilians, forcing them to pull back from the Kyiv region.

Experts say Moscow is planning to focus its attack on the eastern and southern regions of Ukraine, where Russia or Kremlin-backed forces have held Ukrainian territory since 2014.

The United States said that Moscow probably plans to deploy tens of thousands of soldiers in eastern Ukraine.

Washington said it also expects air attacks would increase in the south and east as Russia seeks to establish a land bridge between Crimea, which Moscow annexed in 2014, and the Donbas region, but that Ukrainian forces were thwarting the advance.

With reporting from AP, Reuters, and AFP