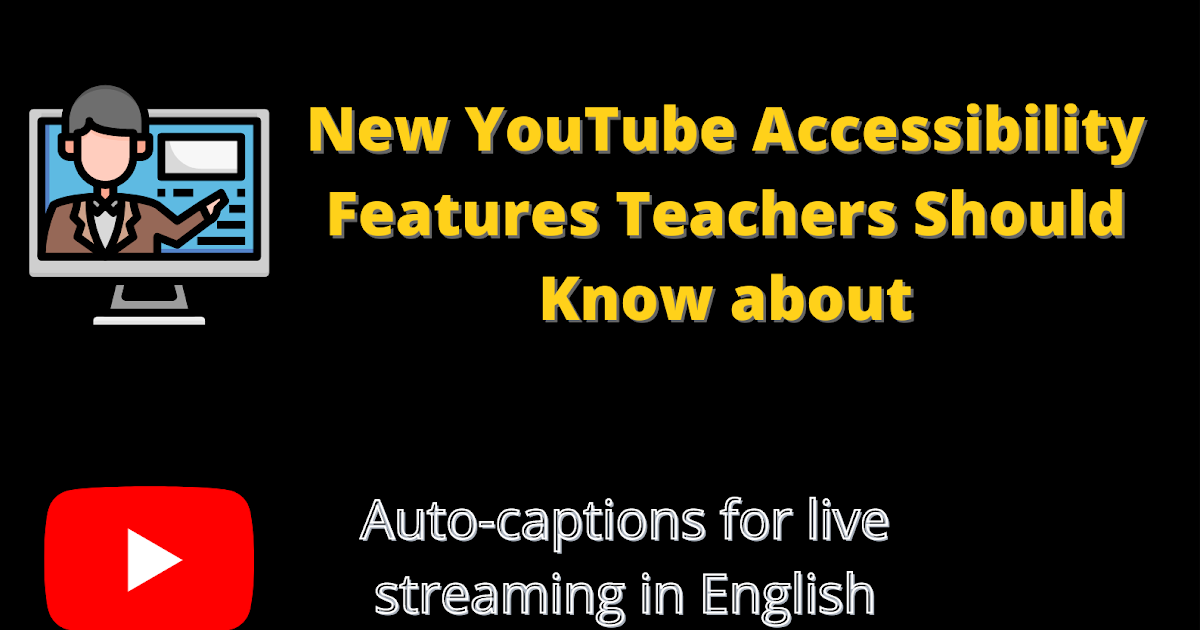 YouTube has recently announced a number of new important audio features. Some of these new updates, will roll out later this year. Most of these new features are about making YouTube  more accessible and inclusive. Of particular to use in education are the following features:

Auto-captions for live streaming in English is now available to everyone. English language learners will find this new feature particularly helpful. It will help them hone their speaking, vocabulary and pronunciation skills. Auto-captions is also a great option for students with special needs particularly those with hearing problems. Soon the auto-captioning service will support more languages including, French, German, Spanish, German, Italian, Turkish, Dutch and many more. 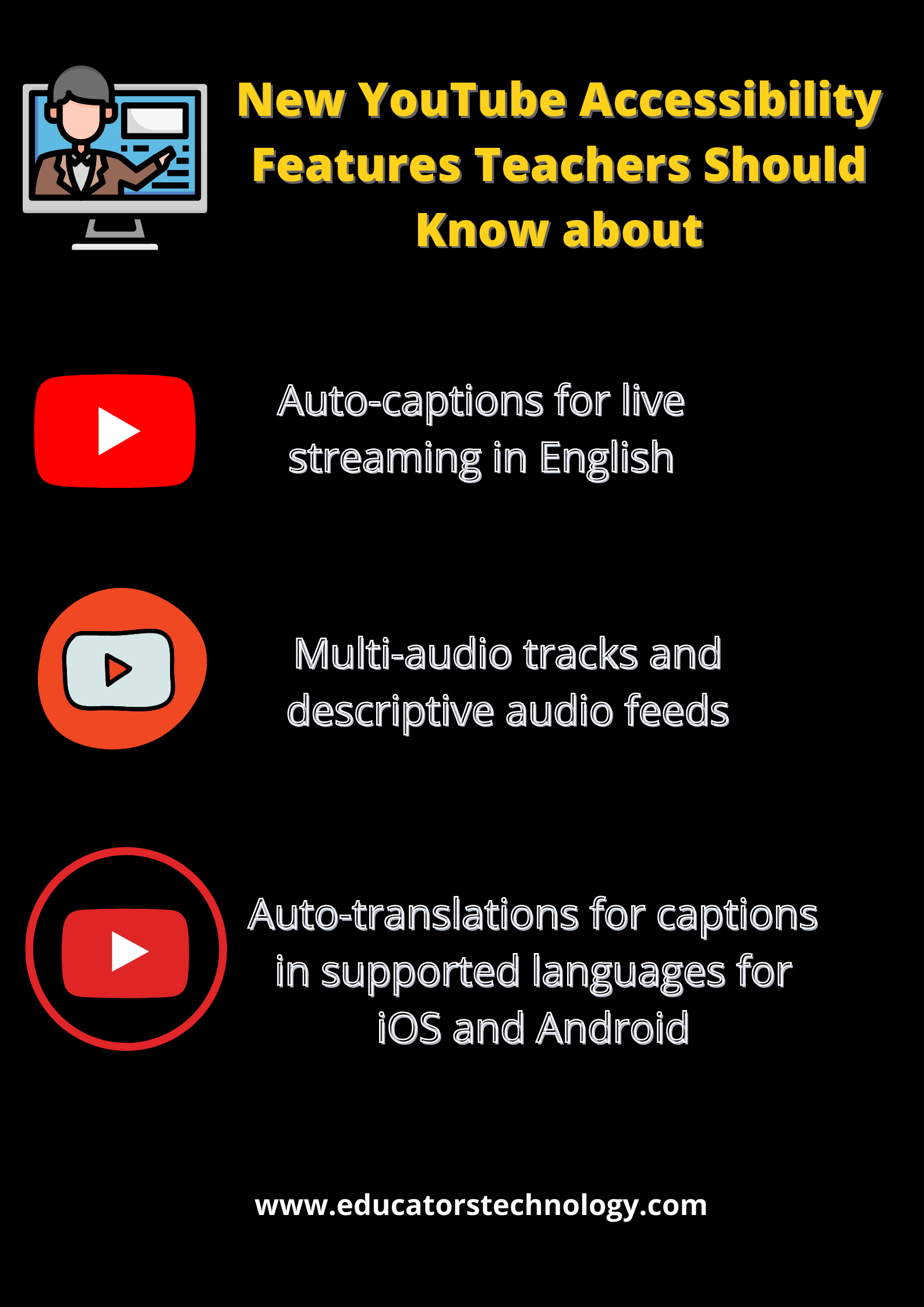 Auto-translations for captions in supported languages which was till now only available on Desktop will later this year be available on mobile for both Android and iOS. Automatic captions are available in several languages including ‘Dutch, English, French, German, Indonesian, Italian, Japanese, Korean, Portuguese, Russian, Spanish, Turkish, and Vietnamese.’ Also, YouTube announced that later this years it will “experiment with the option to type in the search bar at the top of the transcript to find specific keywords.”

YouTube also re-assured its users that they are still working on the ‘subtitle Editor‘ feature which was announced in the past. “This will be a new Channel Permission in YouTube Studio that allows creators to delegate caption/subtitle creation on their channel to those they trust.”