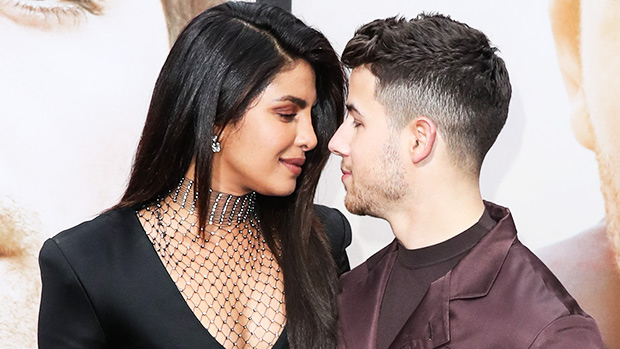 Priyanka Chopra had her first Mother’s Day with a newborn in 2022, and her husband, Nick Jonas, showered her with love. Nick appeared on The Tonight Show on May 17, and told Jimmy Fallon that he and Priyanka celebrated with a low-key Mother’s Day at their house this year. He also revealed that he gifted his wife a citrus tree for the occasion. “I’m going to plant [it] this week,” Nick shared. “I’ll YouTube ‘How To Plant A Tree.’”

As for the significance of the gift, Nick explained that it represented “new life and new things growing.” Nick and Priyanka welcomed their daughter, Malti, via surrogate in Jan. 2022. She spent 100 days in the NICU after her birth, but is now home with her loving parents. “Our little girl’s home and it’s been amazing,” Nick told Jimmy. “What a gift.”

In honor of Mother’s Day, Priyanka and Nick posted their first photo with their little girl. In order to maintain the baby’s privacy, they covered Malti’s face with a heart emoji in the image. The couple also opened up about the “challenging” few months they’ve had since Malti’s birth.

“We are overjoyed that our little girl is finally home,” they wrote, while thanking the doctors and nurses who helped get them to this point. “Our next chapter begins now, and our baby is truly a bada**. Let’s get it MM! Mommy and Daddy love you.”

Priyanka also gushed that there’s “no one” she’d rather take on parenthood with than Nick. Meanwhile, he concluded his message by writing, “You inspire me in every way and you are taking to this new role with such ease and steadiness. I am so grateful to be on this journey with you. You are already an incredible mother.”

Of course, Nick and Priyanka got some experience with kids in before Malti’s birth, as Nick’s two older brothers are already fathers. Kevin Jonas shares two daughters with his wife, Danielle Jonas, and Joe Jonas has a daughter with Sophie Turner. Sophie is also currently pregnant with the pair’s second child.