It cast his Origin selection in doubt, with Nine’s Danny Weidler pointing out Fittler isn’t a fan of outside distractions infiltrating his camps.

But the coach was more than happy to pick the young prop.

“The Payne Haas situation, getting to the bottom of that, Payne’s reaction about what’s been going on, speaking to his management, and speaking to Brisbane,” Fittler told Nine’s Sports Sunday.

“He was my first phone call. He means a lot to us.

“He’s a young kid. Things expedited there really quickly, how this situation came to a head.

“I’ve spoken to all parties and everyone is comfortable, especially Payne. He will put that behind him.”

Haas will head to Coogee to join Blues camp. Cameron Murray is the other player Fittler has confirmed as a selection, while captain James Tedesco is also a lock. 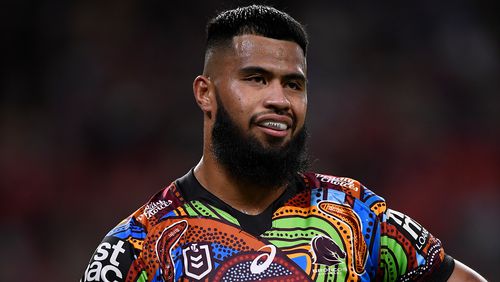