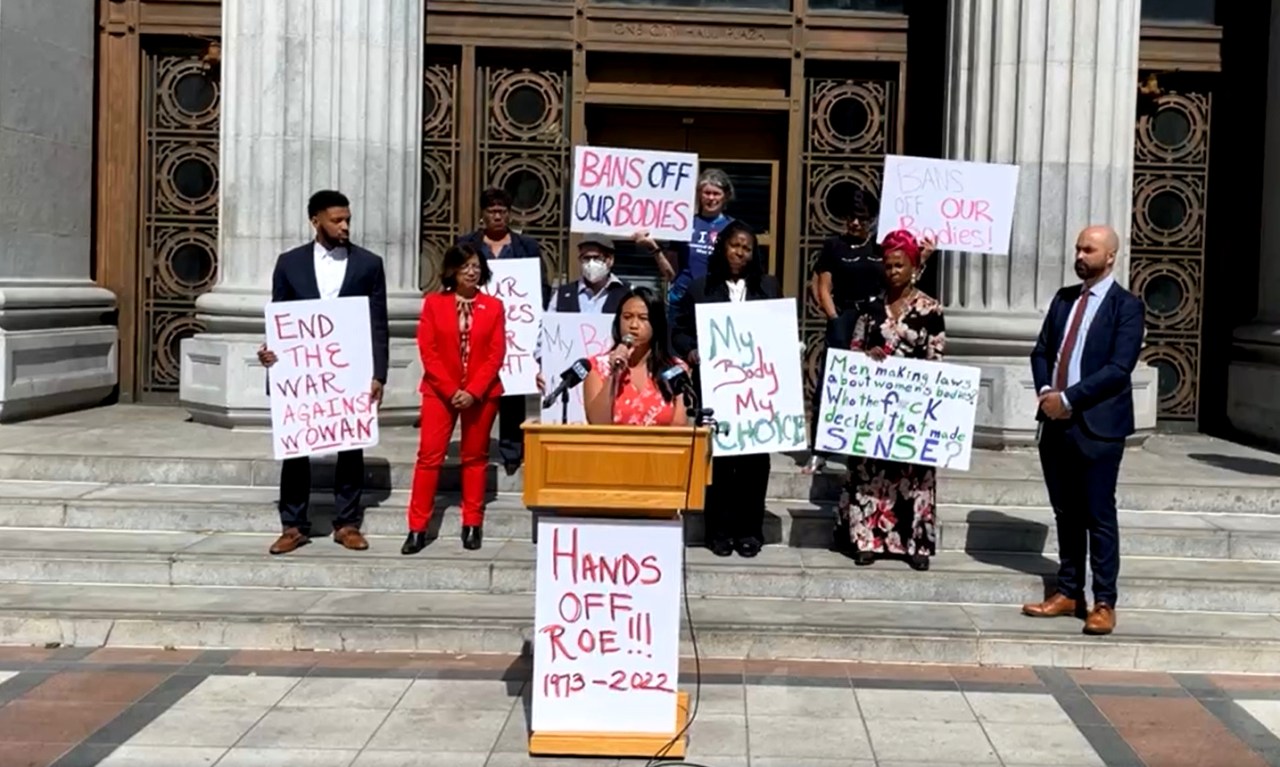 OAKLAND, Calif. (KRON) — Oakland is poised to declare itself a “Right-To-Choose Sanctuary City” for women seeking access to abortion healthcare.

Anyone with a uterus should have the right to make their own reproductive decisions, including abortion “on-demand, and without question,” the resolution states.

“Limiting access to reproductive healthcare, including systematically stripping birthing people of access to abortion, is not only a transgression against basic human reproductive rights but is also an assault on dignity and autonomy,” the resolution states.

Thao held a rally outside City Hall Tuesday morning ahead of the City Council’s vote.

“This is a personal story for me. I have been able to use the resources of Planned Parenthood,” Thao said.

As Thao was speaking at the podium, a man holding a sign reading, “Peace, Life, Love = Jesus” walked in front of her.

The man shouted at Thao, “I don’t stand behind you.”

Thao told the crowd that the anti-abortion protester illustrated her point.

“We can see there are still so many people — as you can see the man that just walked in front of me — who don’t believe that we can choose,” she told the crowd. “Healthcare is a human right.”

Thao said she hopes Oakland’s resolution will send a message to rest of the country.

“Access to healthcare is access to abortion. If abortion is illegal, that will mean that more women will die. For the rest of the nation, if you are in need of healthcare access, come to Oakland, and you will be given that right,” she said.

Oakland is one of many California cities responding to the Supreme Court’s leaked Roe v. Wade draft opinion from Justice Samuel Alito. The draft revealed that the Supreme Court’s majority will likely overturn the landmark 1973 ruling and its constitutional right to abortion.

“Roe v. Wade, the landmark SCOTUS decision recognizing and confirming the ‘right to privacy’ in the federal Constitution protects the right for pregnant people to choose to have an abortion prior to viability is in imminent danger of being overturned. Dozens of states have already taken legal action to limit or ban abortion, potentially stripping millions of people of reproductive care,” the sanctuary city resolution states.

Stephanie Walton of Planned Parenthood said, “Under no circumstances should anyone make a decision about what I, or anybody with a uterus, does with their body.”

If passed by the City Council, the sanctuary city resolution would do the following: