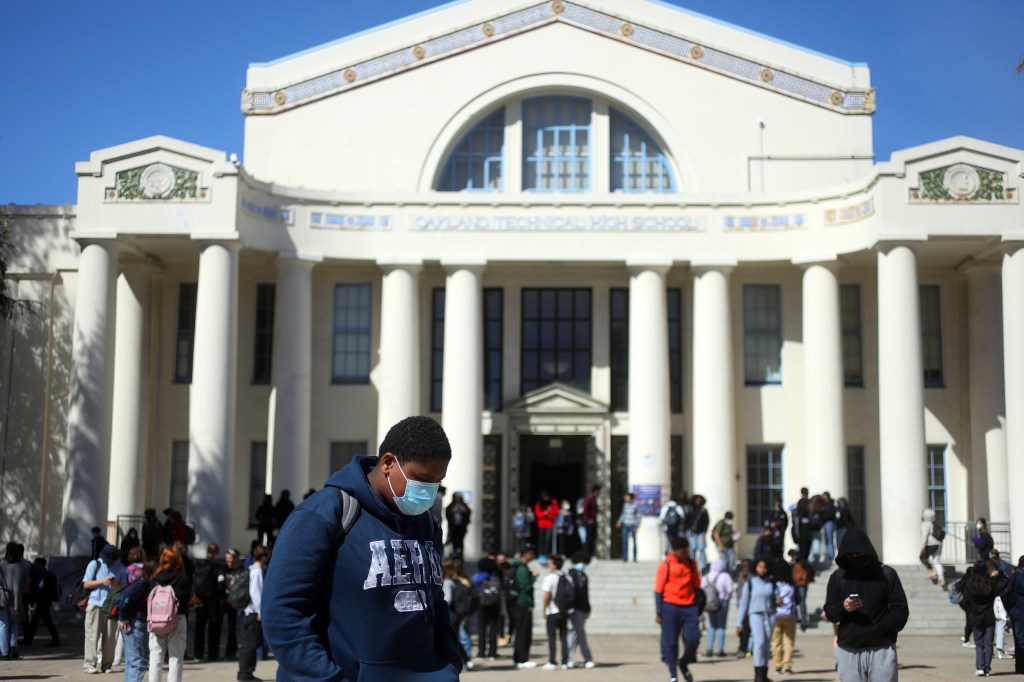 OAKLAND — A month after the state lifted its requirement that students and staff wear masks in schools, the Oakland Unified School District has announced it will lift its indoor mask mandate, too.

In a memo sent to school families Friday, the district’s “COVID Safety Team” indicated that district schools and related facilities will require masks through Sunday, April 24. Starting Monday, April 25, masking indoors will be “strongly recommended” but no longer required.

“As you know, OUSD has kept the indoor mask requirement in place to be sure we didn’t see a major surge coming out of spring break,” the memo states. “Fortunately, the numbers within OUSD and countywide have stayed relatively low following spring break. However, there is always the possibility that we would need to revert to requiring indoor masks if we receive new guidance from public health officials.”

The COVID team warned in the memo that masking may continue to be required in some cases, such as following a positive diagnosis of COVID-19, and it urged students to continue masking even without the mandate.

“We need to be clear that COVID is still very present in our community, even while transmission rates and hospitalizations are lower than earlier this year,” the email says.

The district was one of several in the state that held off on lifting the indoor masking requirements when California rescinded its mandate on March 12. At the time, Oakland Unified officials said they would reassess the mandate after everyone returned from spring break, which was the first week of April. The district dropped its requirement to wear masks outdoors at school campuses on March 21.

The issue became a flashpoint for parents and others who have strongly resisted masking requirements for children, including some who called into board meetings in recent months to express their frustration with the mandates.

Medical opinions vary as researchers try to assess the effects of masking on children. A recent study out of Spain found no differences in transmission rates among unmasked five-year-olds and masked six-year-olds.

Alameda County health officials, like the state, offered the option to drop mask mandates last month, but they are still “strongly recommending” that children continue to wear masks.

Oakland Unified is also still encouraging students to get vaccinated and tested, which school families can do at various school campuses. In January, its board voted to delay until the fall a proposed requirement that all students be fully vaccinated to attend campus in person.