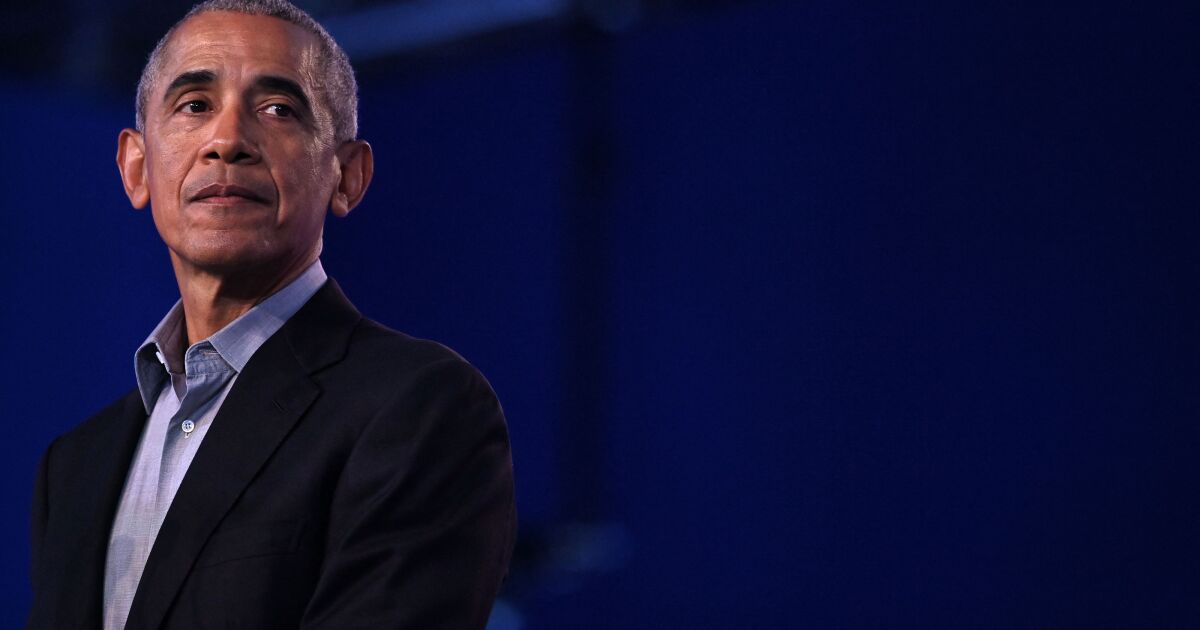 It’s time to “pick a side” on whether social media companies should be regulated by the government and made more responsible for the content published on their services, former President Barack Obama argued in a sweeping speech at Stanford University on Thursday, arguing that online “disinformation” is threatening the future of freedom around the world.

One “of the biggest reasons for democracies weakening is the profound change that’s taking place in how we communicate and consume information,” Obama told an audience in a keynote speech at a symposium at Stanford’s Cyber Policy Center.

“Each of us, whether we work at a tech company or consume social media, whether we are a parent, a legislator, an advertiser on one of these platforms, now’s the time to pick a side,” Obama said. “We have a choice right now. Do we allow our democracy to wither or do we make it better?”

Obama’s entry into the policy debate over social media regulation comes at a time of clashing visions globally over the expectations for tech companies to moderate content or ban users for sharing potentially harmful speech.

In the U.S. — where many tech companies have abandoned absolutist free-speech ideals over the past decades in favor of more carefully tailored content moderation policies — billionaire Elon Musk has been mounting a hostile takeover bid of the popular service Twitter partially on the grounds that the service has become censorious in a way that hurts democracy.

In Europe, the European Union is considering a measure, the Digital Services Act, that would subject platforms to tighter regulations around potentially harmful or misleading content and impose more disclosure requirements around algorithms.

Meanwhile, in authoritarian countries like Russia and China where speech rights are highly curtailed, officials have tightly regulated content that is critical of government officials or policies. In his remarks Thursday, Obama repeatedly cited Russia’s domestic crackdowns on speech and independent journalism amid the invasion of Ukraine as an example of a worst-case scenario of “what happens when societies lose track of what is true.”

It was not otherwise immediately clear what has driven Obama to enter the policy debate in his post-presidency, which has included media production partnerships with Netflix and Spotify. Earlier in Obama’s political career, opponents including eventual President Donald Trump repeatedly questioned Obama’s birthright citizenship (Obama was born in America) as a way of legally questioning Obama’s constitutional eligibility to become president.

Those concerns have only grown over the last two years, as lethal conspiracies spread about the safety of COVID-19 vaccines and a mob of Trump supporters stormed the U.S. Capitol in an attempt to overturn the 2020 election of President Joe Biden.

“People like [Russian President Vladimir] Putin and [former Trump advisor] Steve Bannon, for that matter, understand it’s not necessary for people to believe this information in order to weaken democratic institutions,” Obama said. “You just have to flood a country’s public square with enough raw sewage. You just have to raise enough questions, spread enough dirt, plant enough conspiracy theorizing that citizens no longer know what to believe.”

Obama laid part of the problem at the feet of tech companies, which he argued have a profit motive to boost engaging content and not kick users off their services, though he said he believes many tech leaders are making good-faith efforts to improve their services.

“It should be applauded, but I also think decisions like this shouldn’t be left solely to private interests,” Obama said. “These decisions affect all of us, and just like every other industry that has a big impact in our society, that means these big platforms need to be subject to some level of public oversight and regulation.”

Those regulations, Obama said, should include requirements for more transparency and an amendment to Section 230 of the Communications Decency Act, which protects digital platforms from being sued over most content users post on their services.

In a nod to the growth of worker activism in the tech industry, Obama said tech workers also have a role to play in holding their employers accountable. “You can advocate for change, you can be part of this redesign,” Obama said. “And if not, you can vote with your feet and go work with companies that are trying to do the right thing.”