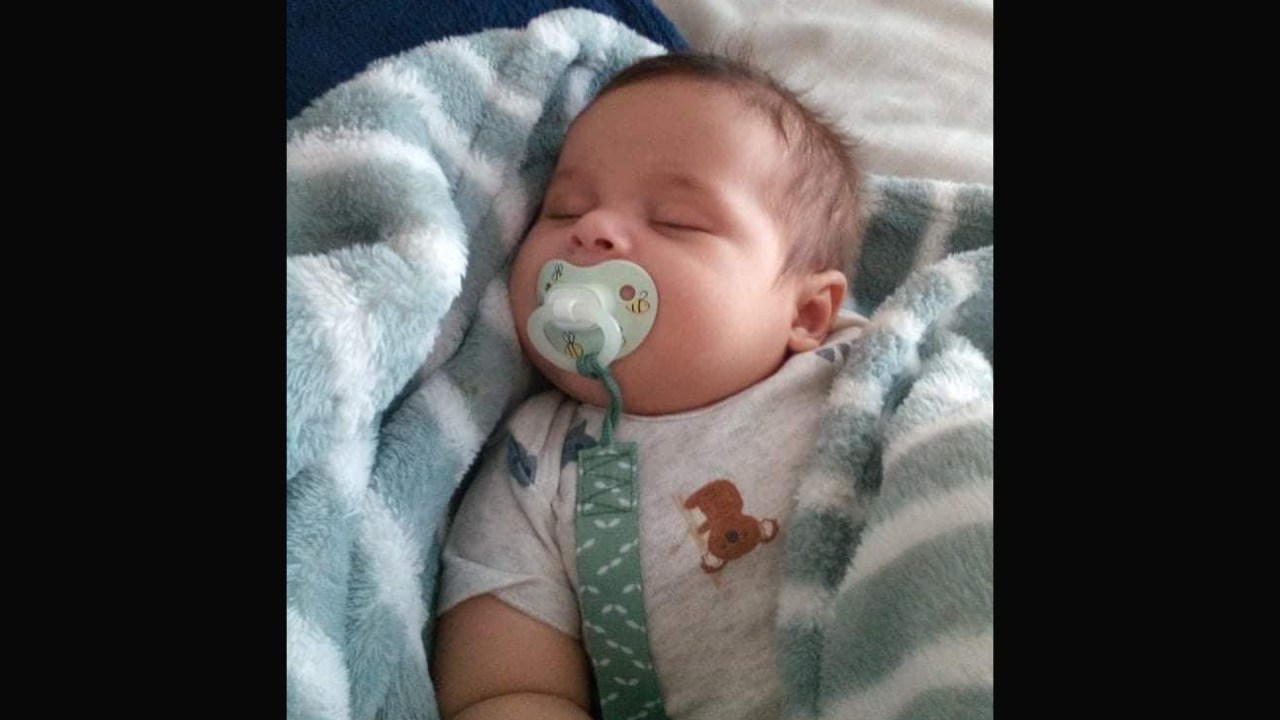 SAN JOSE, Calif. (KRON) —  A San Jose Police Department officer was allegedly intoxicated while he was at a crime scene investigating a baby kidnapping, the police chief announced at a news conference held Tuesday afternoon.

“I apologize to the family of 3-month-old Brandon Cuellar. When any officer … tarnishes the badge, we all suffer the consequences,” Police Chief Anthony Mata said.

The police chief said he was “disappointed and dismayed” by the officer’s conduct.

The officer raised the suspicions of an FBI agent who was also at the crime scene where baby Brandon Cuellar was kidnapped from his grandmother’s apartment in San Jose on April 25. The FBI agent reported his suspicions to the officer’s department.

The officer was allegedly drunk while he was assigned to canvass the neighborhood to find witnesses of the baby kidnapping and evidence. Baby Brandon was found safe five miles away the following day, and two suspected kidnappers were arrested.

The SJPD’s police chief and assistant chief were peppered with questions from reporters at Tuesday’s press conference.

“Why did it take an FBI agent to say, ‘This guy is drunk?,’” and not one of his fellow SJPD officers? one reporter asked.

“That is a valid question. That’s part of what we need to investigate. We need to find out if there were officers either should have, or could have, recognized something with their colleague and didn’t,” Assistant Chief Paul Joseph said.

The officer’s name was not released. Joseph declined to release that officer’s rank, including whether he was a high-ranking commander.

Mayor Sam Liccardo joined Chief Mata at the news conference and told reporters, “I found this conduct to be both offensive and dangerous.”


Who’s who in the San Jose baby kidnapping

Liccardo pointed out that the drunk on duty incident happened just weeks after another SJPD officer, De’Jon Packer, was found dead in his Milpitas home on March 13. A coroner determined that Packer died from a fentanyl drug overdose.

“Combined with what we know of the death of Officer Packard, it’s obvious we need to re-double our efforts. I support the chief’s efforts to ensure appropriate provision of treatment and mental health services to all of the officers. We will include a requirement for random drug and alcohol testing for all of our officers. It’s apparent that this needs to be made universal in the department. Doing so will enable the department to identify those officers who need help, need to get treatment, and critically keep those officers off the street so they are not imposing greater dangers on the public and their fellow officers,” Liccardo said.

Joseph said the police department will have to negotiate with the officers’ union to reverse a current contract provision that prevents officers from being obligated to comply with random drug and alcohol testing.

Was the officer drinking during his shift, or did he drink before his shift began? another reporter asked.

“I’m not 100 percent certain. He was closer to the beginning (of his shift) than the end,” Joseph said.

“We are empathetic to people who are struggling with substance abuse, and we offer many opportunities for the officers and employees to get help. But if they chose not to seek that help … there will be consequences,” Joseph said.

“On behalf of the honorable and hard working men and women who comprise the SJPD, we apologize to 3-month old kidnapping victim Brandon Cuellar, his mother, grandmother and Brandon’s entire family for the breach of trust caused by one of our officers being accused of being under the influence of alcohol while participating in the search for Brandon,” Pritchard wrote.

“There are no words to express our utter disappointment with the indefensible actions of this officer that have dishonored our profession by his irresponsible and dangerous disregard for his duty, he should be held accountable,” Pritchard wrote.

The SJPD launched an internal affairs investigation on April 26 and the officer was placed on administrative leave.

Chief Mata pledged to conduct a full investigation into the officer’s actions before, during, and after the baby kidnapping incident.

“I will not make any excuses for the criminal conduct of our police officers. I expect officers to come to work and serve and hold them to the highest standards. We believe in duty, honor, integrity. I will not tolerate inappropriate behavior,” Mata said.

The San Jose Police Department was already reeling over the weekend from news of Packer’s cause of death. Packer, 24, reportedly overdosed at home just hours after he attended a party. He was formerly a star football player at San Jose State University.

Mata said on Sunday that police officers are not immune to issues that plague society as a whole, including substance abuse.

Studies have shown that on average, a police officer deals with or is exposed to a traumatic experience three times for every six months of service.

“Our Crisis Management Unit is available 24 hours a day seven days a week for officers dealing with anything from grief to personal issues. We have already scheduled substance abuse prevention skills training for our personnel, not just for themselves, but also for recognizing the signs for those around us, and how to get help,” Mata wrote.

Joseph was asked by reporter on Tuesday about the sexual misconduct allegations, however, he declined to release any details.

The three incidents were not connected to each other, he said.

“None of them appear to be related to each other,” Joseph said.

— This breaking news story will be updated. Check back for updates.