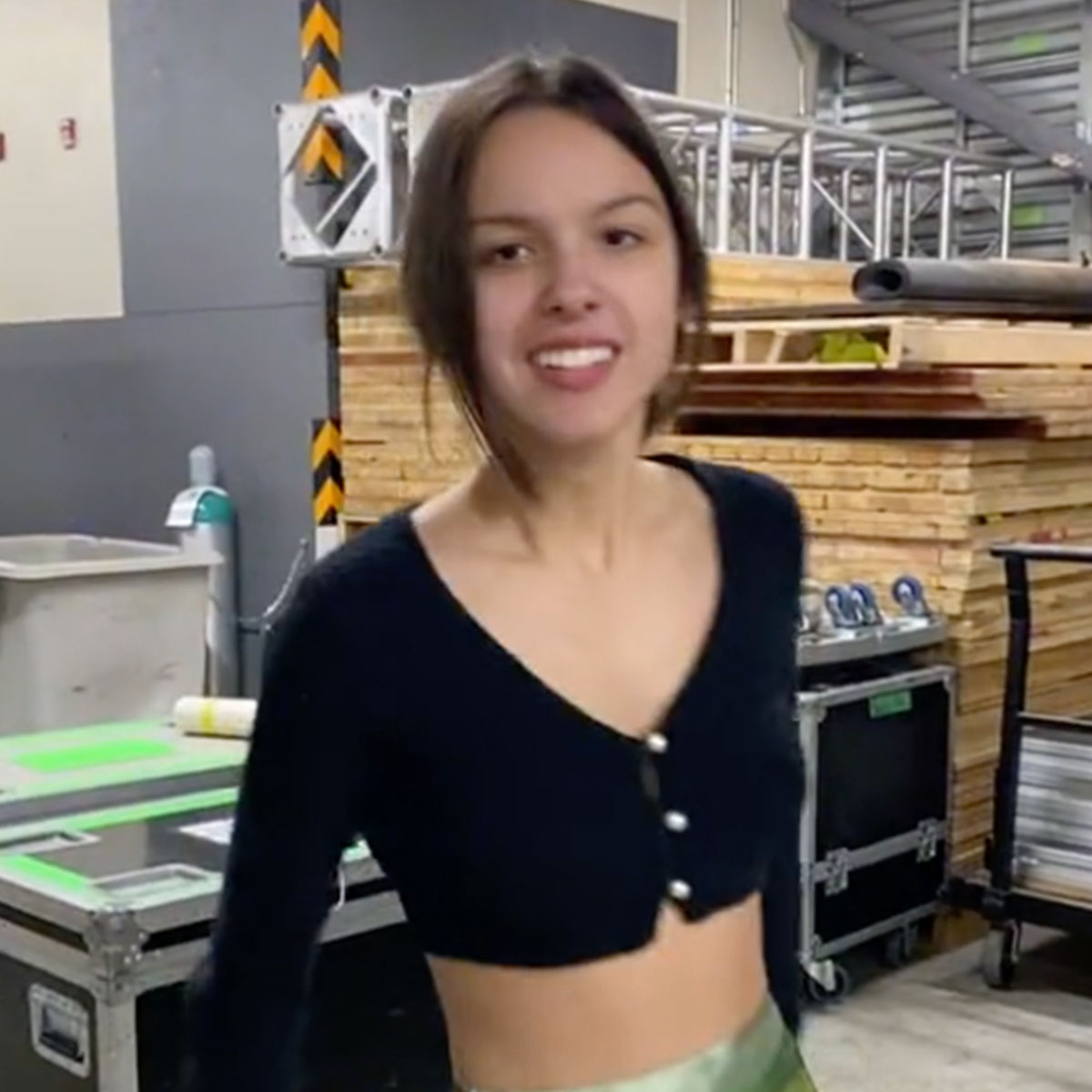 Olivia Rodrigo is currently on her Sour world tour and seems to be having just as much fun offstage as she is on. On April 8, she was featured in her close friend Conan Gray‘s behind-the-scenes TikTok video, where the two hilariously reenacted a scene from Twilight.

In the clip, Olivia—wearing a black crop top, a skirt printed with a photo of Kirsten Dunst‘s character from The Virgin Suicides and combat boots—spins around before lip-synching to Robert Pattinson‘s character Edward Cullen’s famous statement from the film, “As if you could outrun me!”

The 19-year-old “Good 4 U” singer then runs around a giant concert hall floor and the video is edited to be sped up like Edward’s super-speed. Conan then lip-syncs Edward’s next line, “As if you could fight me off!” before running through a backstage hallway and jokingly beating up on an oversized poster of Olivia in similar sped-up fashion.