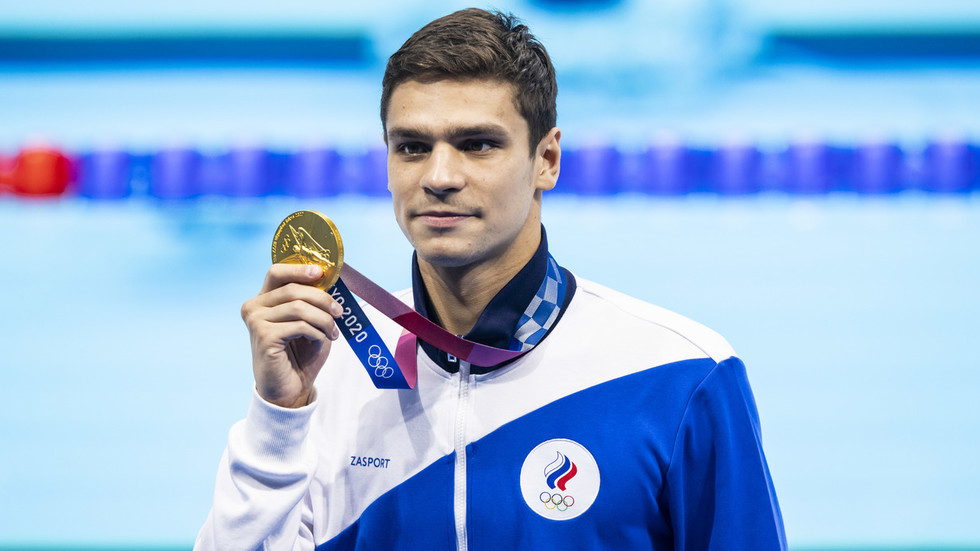 Double Olympic champion Evgeny Rylov has been slapped with a nine-month ban by world swimming bosses after he appeared at a Moscow concert celebrating the reunification of Russia and Crimea which was also attended by President Vladimir Putin.

FINA announced the suspension in a press release after an investigation by the organization’s disciplinary panel.

“The FINA Bureau met today and acknowledged the decision of the FINA Disciplinary Panel to suspend Evgeny Rylov (RUS) from all competitions and activities organized or sanctioned by FINA, including any International Competition on the FINA World Aquatic Calendar, for a period of nine months, following Mr. Rylov’s attendance and conduct at an event held at the Luzhniki Stadium in Moscow on 8 March 2022. Mr. Rylov’s suspension took effect on 20 April 2022,” the statement read.

Rylov, who won gold in the 100m and 200m backstroke events at the 2020 Tokyo Games, was among the athletes to appear at the Moscow event last month which marked the return of Crimea to Russia and was held under the banner of ‘A World Without Nazism’.


The swimmer, 25, took to the stage in Russian national team gear but with his jacket emblazoned with a ‘Z’. The symbol is used by Russian troops in the ongoing military operation in Ukraine and has been displayed as a sign of support among Russians for their armed forces.

Rylov was later stripped of a sponsorship deal with Speedo before FINA began its disciplinary proceedings.

The swimmer said he would boycott the 2022 World Championships in Budapest out of solidarity with Russian athletes who were banned from the Beijing Winter Paralympics, before FINA declared that Russian and Belarusian swimmers would in any case be barred from its events because of conflict in Ukraine.

That was a stance which FINA reiterated in its latest announcement, stating “Russian and Belarusian athletes and officials will not be invited to any FINA event through the end of 2022.”


That decision means Rylov would be barred from competing at international events even without his ban, although the swimmer told Russia’s Match TV he could appeal the decision to sanction him personally.

“I am carefully studying the decision together with lawyers to determine further steps, while I can’t say anything definite,” said the swimming star.

Rylov’s lawyer, Anna Antseliovich, said they had 21 days to challenge the suspension.

“We still have time to think about this. The decision clearly provides that he can train with the national team – this is not a disqualification for violating anti-doping rules,” Antseliovich told Match TV.