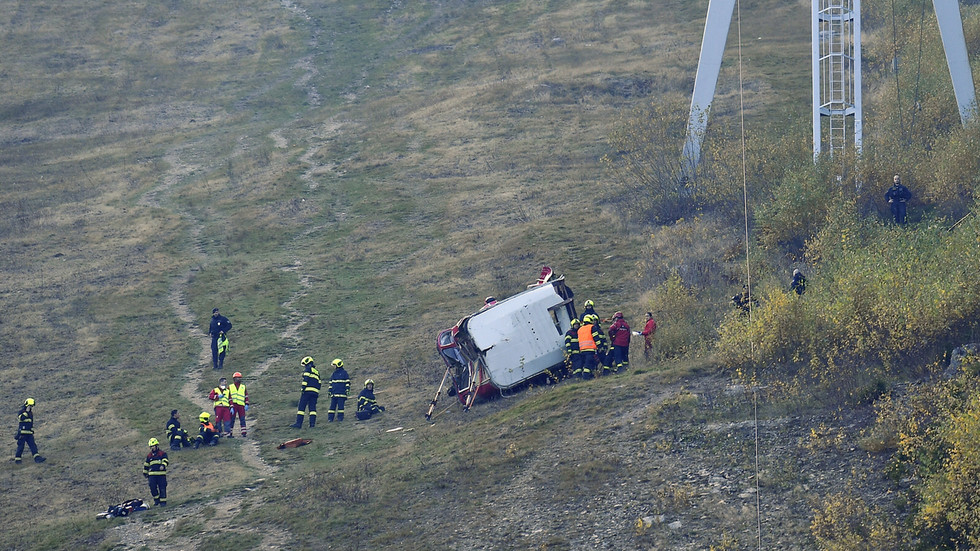 A cable car driver has been killed in the Czech Republic after his vehicle snapped and fell to the ground. The accident left some 15 people trapped in another cable car, with firefighters deployed to the scene to rescue them.

The cable car detached from its cable at the Jested mountain in northern Czech Republic on Sunday. Footage from the scene, run by a local TV broadcaster, shows the damaged car laying on the ground under the cable road with multiple emergency services vehicles present at the scene.

One person was killed in the crash, a rescue service spokesperson said. The crashed cable car was reportedly scheduled to go on 12-day maintenance on Monday.

“One cabin fell while on its way down. There was one person inside, who unfortunately succumbed to their injuries,” spokesman Michael Georgiev told local media.

The accident left some 15 people stranded in the second cable car that stopped mid-way after the first one crashed. The passengers and the car’s driver were rescued by emergency workers, who deployed a fire truck with a ladder to get them to the ground.

“Fortunately, the other cabin stayed in its normal place, some 15 people were evacuated, they should be without injuries, just suffered mental shock,” the spokesman added.

Earlier this year, a cable car crashed to the ground near the Mottarone mountain in Italy. The crash killed 14 people on board, with a five-year-old child, who was seriously injured, being the only survivor of the accident.