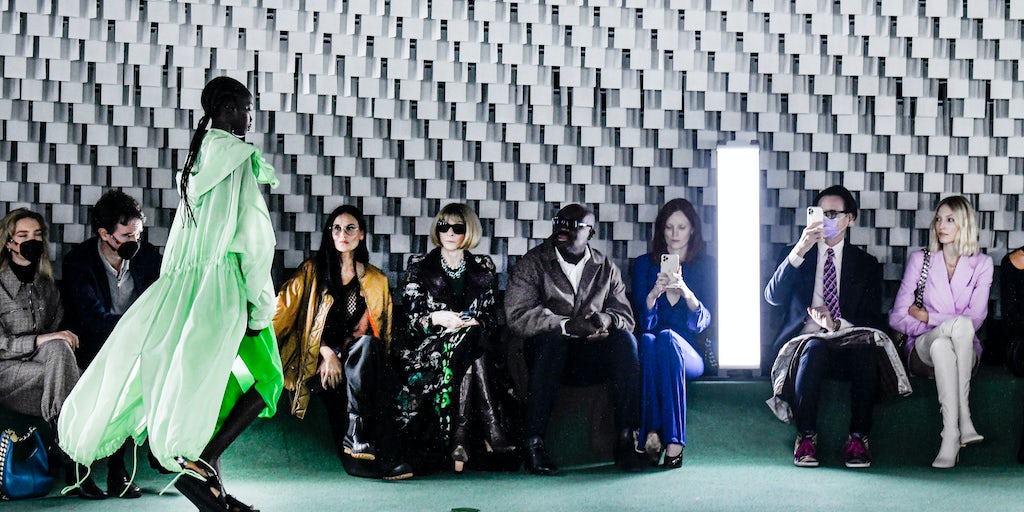 At the Paris Fashion Week that ended on Tuesday, the international Vogue editors-in-chief who once dominated the front rows were notably absent. In the nine months since Vogue publisher Condé Nast announced a major editorial restructuring that consolidated power in the hands of American Vogue editor Anna Wintour, most of them have exited their posts.

Now, heavyweight editors like French Vogue’s Emmanuelle Alt and Vogue China’s Angelica Cheung, who were once Wintour’s equals and ran local editions as independent fiefdoms, have been largely replaced by heads of editorial content who report to Wintour and her newly crowned deputies.

Wintour, Enninful and Sun were the only top Vogue editors to travel to Paris to attend the shows this season, though global chief executive officer Roger Lynch and Vogue Runway global lead Nicole Phelps also hit the fashion week circuit, along with a number of international fashion directors. They mostly report to American Vogue’s Virginia Smith, who has taken on the title of global fashion lead.

The editorial reshuffle, executed over the course of this year, is part of a wider push at Condé Nast to streamline its operations and retool for a digital world after merging its US and international arms. But with Vogue still sitting atop the hierarchy of major fashion magazines, everyone from brands to their PR agencies must understand and adapt to the new operating model. 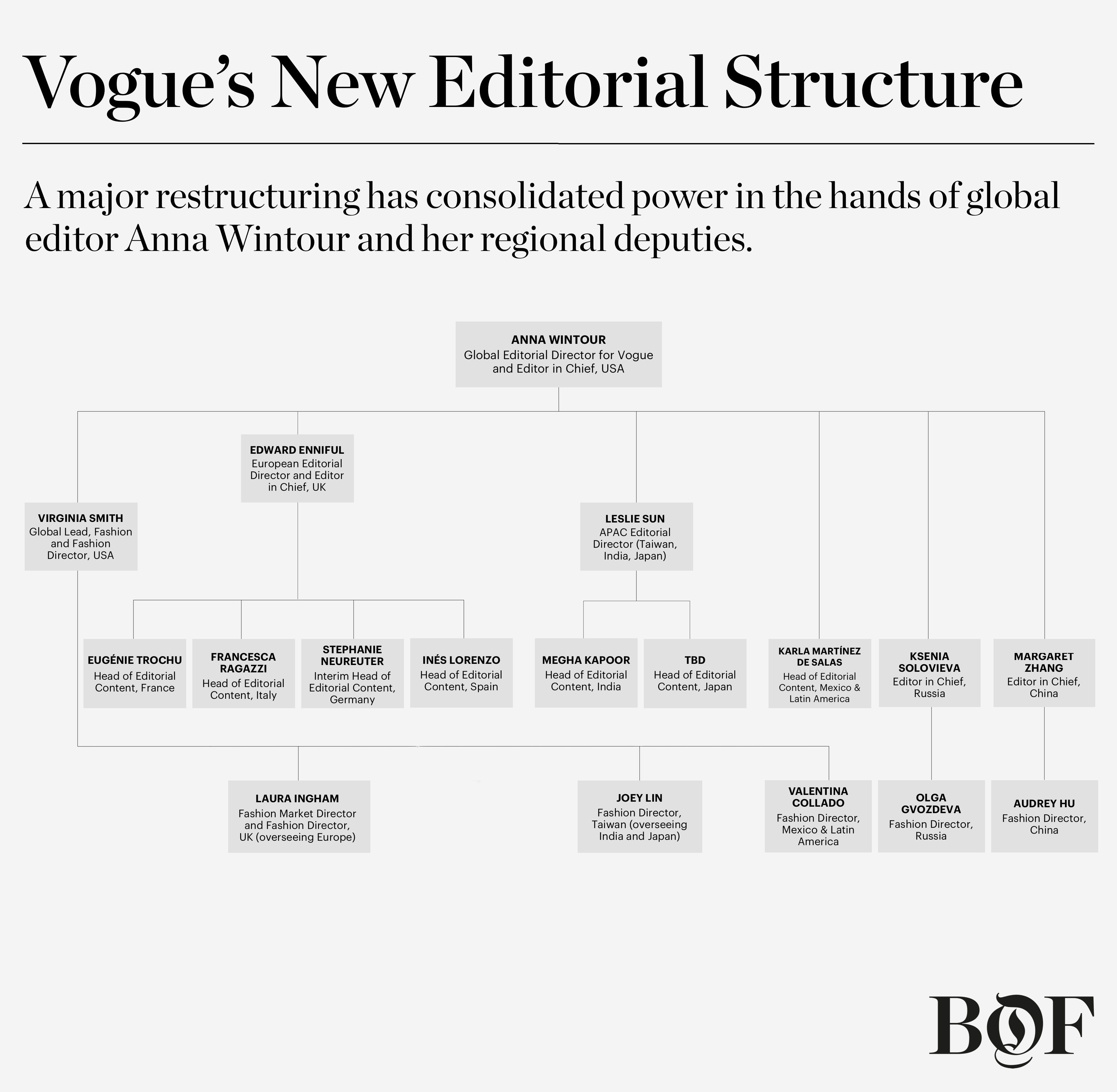 Condé Nast Can Learn From Netflix

Why It’s So Difficult for Condé Nast to Change