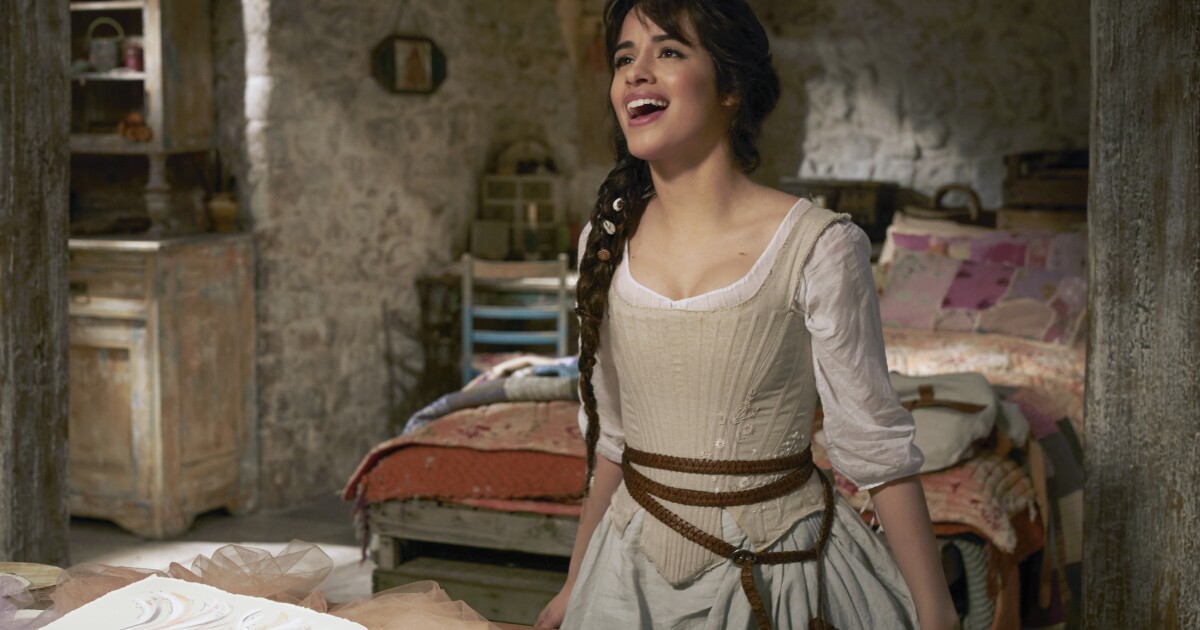 If you’re tuning in to tonight’s Academy Awards, you’ll see a number of things you’ve never seen on the telecast before: Three hosts. Eight categories awarded outside of the live broadcast. And the introduction for the first time in Oscars history of a fan-favorite award.

What is a fan-favorite award, you ask? Let us explain.

Is this a new Oscar?

No, it’s not an actual Oscar, but it is new.

In February, the motion picture academy announced that, for the first time, Twitter users would be able to vote on their favorite movie of 2021, regardless of whether it received an Oscar nomination. The film that earns the most votes will be recognized during the telecast.

The academy also asked Twitter users to submit their all-time favorite movie moments that spurred audiences to burst into cheers in theaters, using the hashtag #OscarsCheerMoment. Winning scenes will be showcased during the show.

Why is the academy doing this?

The film academy has long cultivated its air of exclusivity but, with ratings for the Oscars plummeting to an all-time low in 2021, the group’s leaders and ABC executives are desperate to find new ways to broaden the audience for the show this year.

“The theme of the show is ‘Movie Lovers Unite,’ and by that, I mean movie lovers of all stripes,” this year’s first-time Oscars producer, Will Packer, told The Times earlier this month. “I’m excited about the opportunity to have that kind of a fan voice, which typically is not on a show like this.”

This isn’t the first time this sort of populist award has been proposed. In 2018, the academy announced the creation of a new category for “best popular film,” only to scrap the idea less than a month later after a backlash from critics who argued that a special Oscar recognizing blockbusters would diminish the significance of the awards as a whole.

How will the winner of this award be determined?

From Feb. 14, when the award was announced, to March 3, when voting closed, anyone was allowed to vote via Twitter, or via the contest’s official website, up to 20 times per day for their favorite film released last year.

To add an extra incentive, the academy announced that five audience members who take part in voting will receive a “For Movie Lovers Only” prize pack, including tickets for a full year of free movies in their choice of theater, streaming subscriptions and exclusive items from the Academy Museum Store.

Three Twitter users who participated in the contest will be randomly selected to win an all-expenses-paid trip to Los Angeles to present an Oscar at the 2023 ceremony.

What is expected to win?

In creating the award, the academy may have hoped to give a spotlight to the past year’s biggest blockbuster, “Spider-Man: No Way Home,” which failed to score any Oscar nominations beyond a single visual effects nod. But from the moment the fan-favorite award was announced, some of filmdom’s most passionate fans began flooding Twitter, unleashing the sort of chaos for which the Internet is infamous and skewing the results in unpredictable directions.

According to a leaderboard the academy revealed a few days before voting ended, the top 10 vote-getters at that point included six films one might expect — and that the academy can get behind to one degree or another: best picture nominees “Dune” and “The Power of the Dog,” the animated sequel “Sing 2,” comic-book hit “The Suicide Squad,” the Lin-Manuel Miranda-directed Netflix musical “Tick, Tick … Boom!” and, yes, “Spider-Man: No Way Home.”

The other four front-runners, though, were films that, despite their ardent supporters, received generally mixed to negative reviews and that could have some in the Dolby Theatre cringing should they win: Netflix’s Zack Snyder-directed “Army of the Dead,” Amazon Prime Video’s “Cinderella,” the gonzo horror film “Malignant” and the little-seen Johnny Depp film “Minamata.”

What has been the reaction to this award from academy members and cineastes?

Perhaps not surprisingly, many academy members have criticized the idea of bringing a new fan award to the Oscars, particularly as eight awards recognizing vital film crafts are simultaneously being shifted out of the live telecast. “Does the academy not get how much this pisses off their members and filmmakers?” one longtime academy member said to The Times last month after the changes were announced.

And for some film lovers who make up the Oscars’ core audience, the gambit smacks of pandering. “The holy grail of the Oscars has become this imaginary ABC viewer who is eagerly waiting for there to be fewer awards, no old people, no artsy movies, a super-fast pace and Spider-Man,” film journalist and author Mark Harris wrote on Twitter last month. “And I guess the Academy is going to chase that mirage right over the edge of a cliff.”

But Packer hopes the skeptics will give the award a chance. “There’s a lot of misinformation out there about that, like, ‘Oh, my God, there’s an Oscar that they’re giving away on Twitter and the person with the 7,000th tweet will give it away onstage next to Meryl Streep,’” he said. “That’s just not the scenario. It’s not what’s happening.

“To have [the fan-favorite award] on the show takes nothing away from people who have loved ‘CODA’ and ‘Belfast’ and all the other movies,” Packer continued. “As long as you’re talking about cinema, the love of movies, and you keep your audience centered in that conversation — that, to me, is how you should be making the show.”