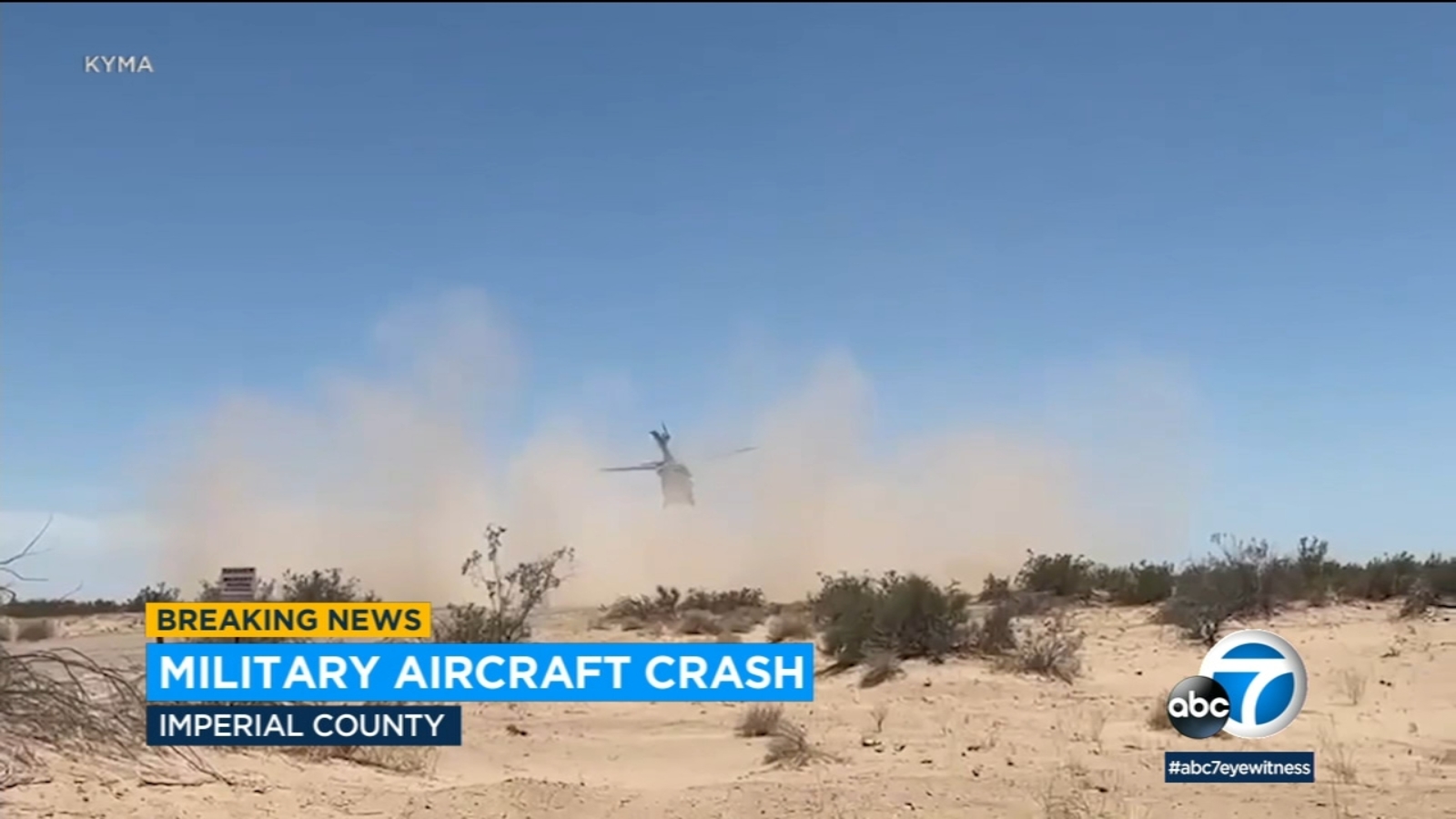 BRAWLEY, Calif. (KABC) — A Marine Corps Osprey aircraft carrying five Marines crashed Wednesday in the Southern California desert and civilian and military emergency crews were responding, but there were no immediate details about any injuries or fatalities, the military said.

Officials say the aircraft, a MV-22B Osprey, crashed in a remote area near the town of Glamis in Imperial County. The military has not released any details on the condition of the Marines who were on board.

The tiltrotor aircraft can take off and land as a helicopter but transit as a turboprop aircraft.

“There was no nuclear material on board the aircraft,” the Marines said.

Military and civilian first responders were at the crash site.

The Associated Press contributed to this report.