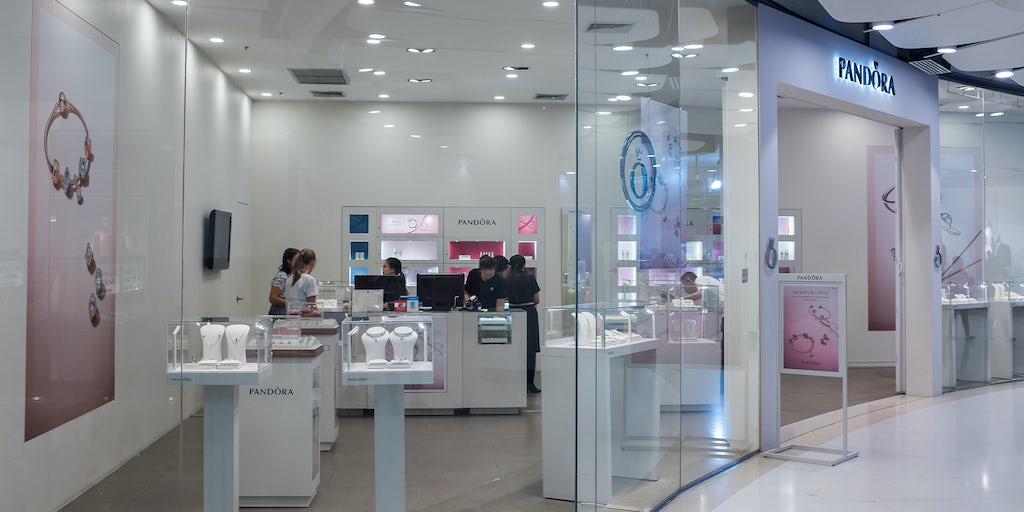 Shares in Pandora fell sharply on Monday as investors were concerned about weak sales growth at its own stores in the third quarter. Shutterstock.

Shares in Pandora, the world’s largest jewellery maker by production capacity, fell sharply on Monday as investors were concerned about weak sales growth at its own stores in the third quarter.

The Danish company lifted its full-year outlook, citing strong US sales, but its share price dropped 4.8 percent in early trade as it also said sales at Pandora stores grew just 5 percent in the third quarter, while analysts had expected 14 percent growth.

Pandora’s shares had surged 40 percent this year as the company had seen sales top pre-pandemic levels since shops reopened after lockdowns.

“The sell-out growth is kind of disappointing in Q3,” said Sydbank analyst Per Fogh.

Still, the company said it had continued to see strong sales in the United States, its biggest market, in the third quarter as massive government stimulus and vaccinations against Covid-19 fuelled spending on goods and services.

“Covid-19 and the unusually high level of US growth continue to create increased uncertainty around the guidance,” it added.

Pandora, best known for its silver charm bracelets, said third quarter sales came in at 4.73 billion Danish crowns ($734.92 million), beating the 4.67 billion expected by analysts in a poll compiled by the company.

It reported quarterly EBIT of 957 million crowns, which was above the 917 million expected by analysts, and resulted in an EBIT margin of 20.2 percent.

“Revenue growth and the EBIT margin were lifted by continued strong US performance and a sequential improvement in Europe as Covid-19 restrictions were eased,” Pandora said.

The firm will report full third quarter earnings on Nov. 3.

Rather than targeting the biggest portion of the diamond market, engagement and bridal,  the world’s biggest jeweller is selling pieces made with lab-created diamonds to women shopping for themselves.