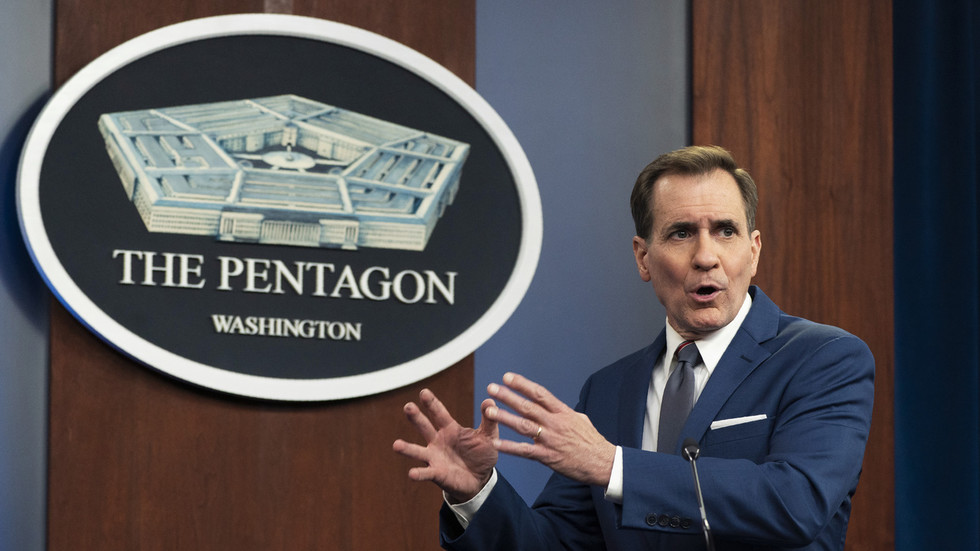 The Pentagon has denied media reports suggesting it has shared intelligence with Ukraine to specifically target high-ranking Russian military officials.

We do not provide intelligence on the location of senior military leaders on the battlefield or participate in targeting decisions of the Ukrainian military.

At the same time, Kirby admitted that Kiev “combines” intelligence it gets from multiple unspecified sources to take its “own decisions,” apparently shifting the blame for reported killings of Russian generals onto Ukraine itself.

“Ukraine combines information that we and other partners provide with the intelligence that they themselves are gathering, and then they make their own decisions and they take their own actions,” he said.


Kirby’s remarks echoed the statements made by the National Security Council spokeswoman Adrienne Watson, who also insisted that US intelligence wasn’t provided to the Ukrainian forces “with the intent to kill Russian generals.”

The now-denied US assistance in targeting high-Ranking Russian officials was first reported by the New York Times. The newspaper said Washington provided Kiev with information on Russia’s mobile military headquarters, citing anonymous American officials. Ukraine then combined the data with its own intelligence, carrying out strikes that purportedly killed an unspecified number of Russian commanding officers.

Russia attacked Ukraine following Kiev’s failure to implement the terms of the Minsk agreements, signed in 2014, and Moscow’s eventual recognition of the Donbass republics of Donetsk and Lugansk. The German- and French-brokered Minsk Protocol was designed to give the breakaway regions special status within the Ukrainian state.