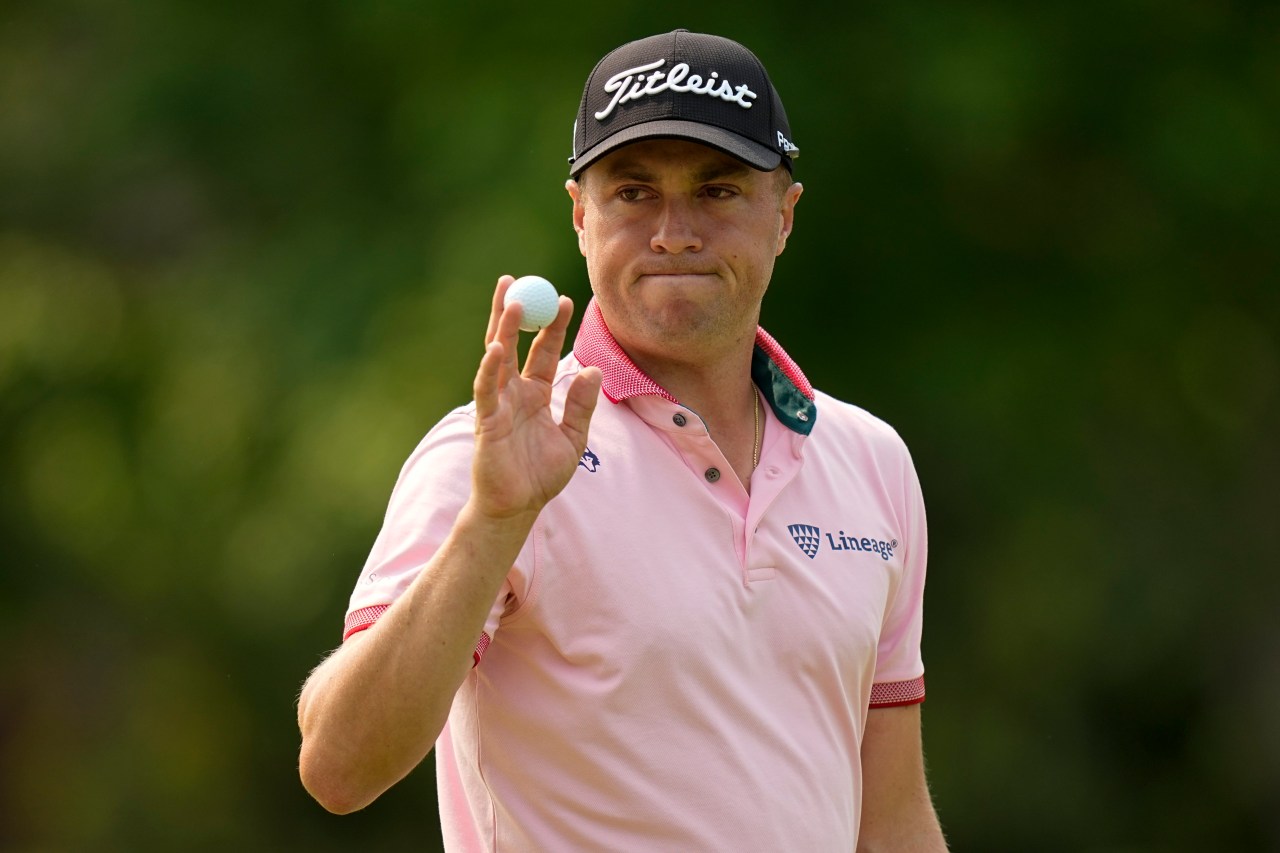 FORT WORTH, Texas (AP) — Justin Thomas made the 300-mile trip south to Colonial the day after winning the PGA Championship, had some lunch and then went to the gym to work up a sweat. His practice sessions this week have been short and efficient.

It was a needed couple of days to recoup and get his mind and body ready to play again after rallying from seven shots back to become a two-time major champion.

“Obviously, I want to enjoy it and I don’t want to just act like it didn’t happen because it did, but at the same time I have a week next week off potentially to just enjoy it,” Thomas said Wednesday after playing a nine-hole pro-am. “I have a golf tournament this week, and I’m just trying to perform and play as well as I possibly can.”

Thomas wasn’t alone in traveling from Southern Hills in Tulsa, Oklahoma, to Colonial Country Club, where the No. 5 player in the world is competing for the third consecutive year.

Seven of the top-10 finishers from the PGA Championship are in the 120-player field for the Charles Schwab Challenge that tees off Thursday. That includes runner-up Will Zalatoris after the three-hole aggregate playoff and Mito Pereira, whose 72nd-hole double bogey knocked him out of the lead and kept him from making the playoff.

Zalatoris lives in the Dallas area, but didn’t even show up at Colonial until Wednesday. He said he was trying to get his energy level back up after his fourth top-10 finish in his last five majors.

“Got a lot of rest the last few days. I practically just slept — I didn’t realize how tired I really was,” said Zalatoris, the 14th-ranked player who two weeks ago missed the cut at his hometown Byron Nelson.

Thomas will play the first two rounds in a group with defending Colonial champ Jason Kokrak and Scottie Scheffler, the world’s No. 1 player even after he missed the cut at Southern Hills. Zalatoris is with 2017 Colonial champion Kevin Kisner just a group ahead of Pereira.

The last seven Colonial winners, and nine former champions overall, are set to play. There are six of the world’s top 10 players — and 11 of the top 25 — with ninth-ranked Jordan Spieth the only Colonial winner also in that group.

Kokrak won at Colonial last May in a final-group showdown with Spieth, who led at the end of each of the first three rounds before a closing 3-over 73. He finished two strokes behind Kokrak, who after 65s in each of the first two rounds, finished with five bogeys and five birdies to shoot even part the last day.

That was the second career PGA Tour win for the 37-year-old Kokrak, the big hitter who added a third at the Houston Open last November in the early part of this season. But his best finish in 11 tournaments since was a tie for 14th at the Masters.

“Anytime you get to come back to Colonial or any place that you’ve had success, you get great vibes, you get some good mojo coming into the week,” Kokrak said.

Ben Hogan won the first two Colonials in 1946 and 1947, and his five wins overall include another back-to-back in 1952-53. But those are the only consecutive wins for anyone in the PGA Tour’s longest-running event at the same venue.

The 28-year-old Spieth is making his 10th start at Colonial, where the Dallas native won in 2016. He has seven top 10s there, and last year was his third runner-up finish.

“I think the results show that I love this place. It seems to for whatever reason fit my game really well, and I really enjoy playing it,” Speith said. “It requires some precision in the wind off the tee, obviously hitting fairways being of huge importance here, given how difficult it is out of the rough.”

Spieth won the RBC Heritage in mid-April, and his next event was a runner-up finish at his hometown Nelson. He was 34th at the PGA Championship, but felt good about how he played now going to a very familiar course.

“I actually stroked it. I felt like I putted the best I’ve putted this year last week, and it just doesn’t show on the stats. But it was the most free-flowing strokes I’ve had,” Spieth said. “I think it’s a matter of time before the lid comes off and I start to pour some in. A little disappointing that didn’t happen last week. I misread a lot of putts. Out here, I don’t really have the excuse of misreading putts.”